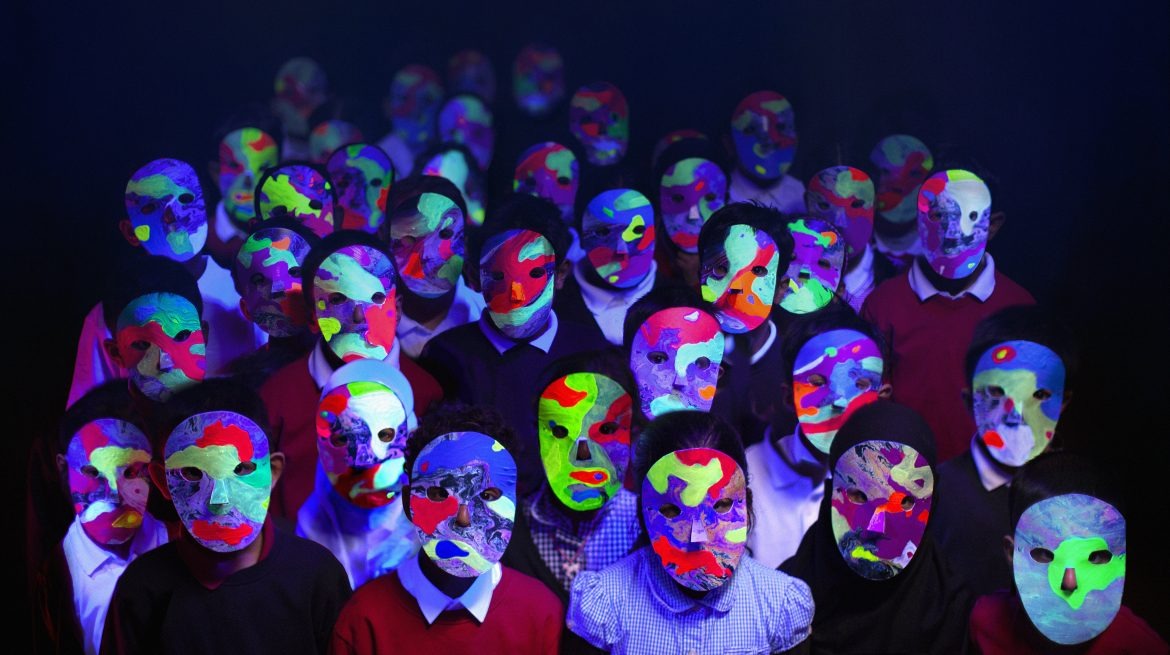 In this story, a female superhero gifts children with a mysterious power: a noise. Transmitted by touch, it resonates with the collective howl of creatures affected by the pollution of the planet. As the children take matters into their own hands, they infiltrate factories and ‘infect’ adults with their demand for immediate action.

For this new commission, Karikis engaged over the course of a year with a group of seven-year-olds from Mayflower Primary School in East London. Together they created a film that reflects on the environmental themes of the book and imagines the enigmatic noise that assists the protagonists’ protest. Improvising with vocalisations, musical instruments and toys, the group conduct cymatic experiments whereby a sound or vocal utterance takes on unique visual forms. Creating landscapes that transform with sound vibrations, the results echo the power to mobilise change through ‘noise’.

As the children debate, a sense of responsibility towards the environment and an activist imagination emerge. They become luminous agitators revelling in the shape-shifting properties of sound and its power to vibrate the material universe.
www.whitechapel.org