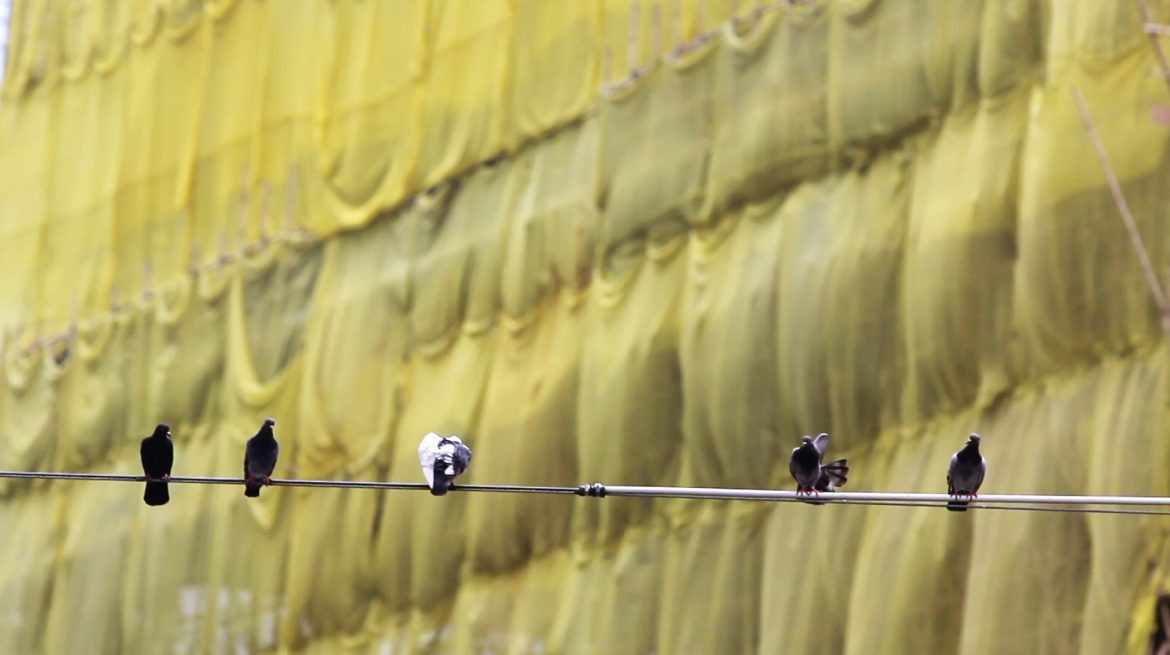 Musa paradisiaca is a collaborative duo named after a hybrid banana species. Their film, Masters of Velocity (2017), looks at objects and their environments, utilising dialogue and music to imagine how ‘a chain
of events breeds moving thought’.

In Black Bird Island (2017) Yim Sui-Fong (b. 1983, China) observes the pigeon colonies of Hong Kong following the 1997 handover of the island from Britain to China, linking the history of the birds and Hong Kongers through ‘bird’s eye’ and ‘people’s eye’ views.

Le Xuan Tien (b. 1995, Vietnam) sources videos and images from the less visible edges of the internet in Untitled.mp4 (2017) to construct a montage of sometimes disturbing and surreal scenarios that may or may not have taken place.