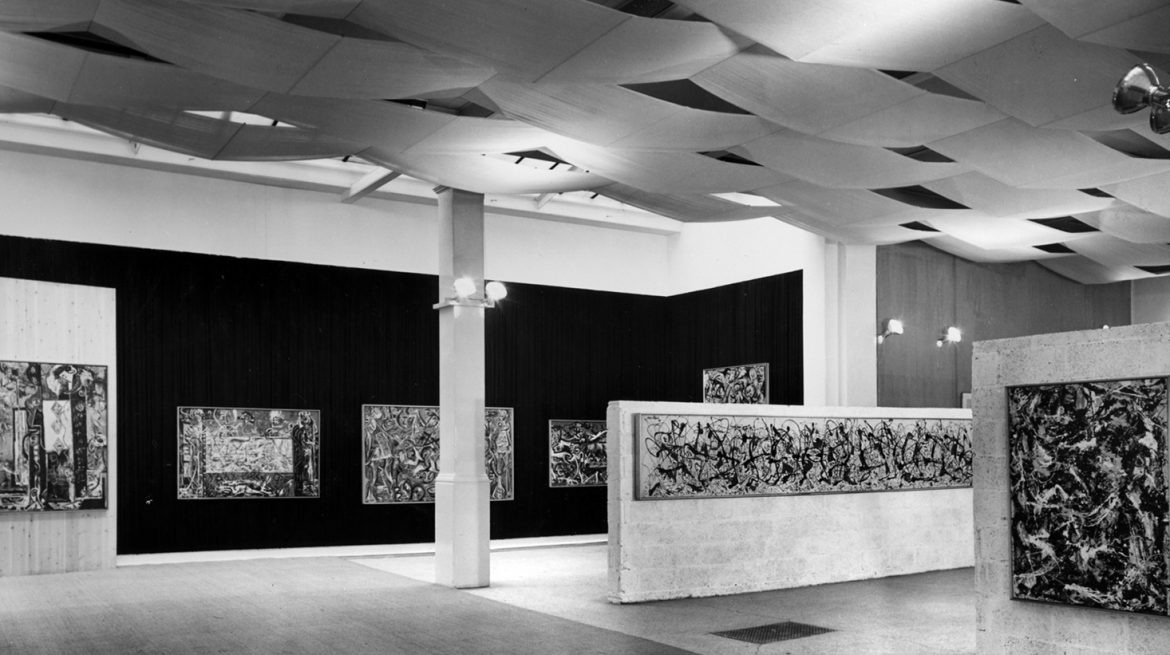 Director Bryan Robertson had decided that the Gallery should be as audaciously modern as Pollock’s art and invited architect Trevor Dannatt (b. 1920, UK) to design the exhibition. Dannatt’s constructivist design transformed the salon style gallery into a white cube. His ‘cohesive architectural ensemble’ included freestanding breezeblock walls, black panels, footlights, and an undulating ceiling of suspended fabric immersing visitors in a powerful encounter with painting as environment. MoMA’s International Programme was rumoured to be sponsored by the Central Intelligence Agency (CIA) as part of a raft of cultural initiatives serving as soft power in the Cold War. Abstract Expressionism was used to emblematise freedom of expression, countering the communist ideology of the Soviet Union.

Staging Jackson Pollock also includes rare archival material and an exclusive recent interview with Dannatt, to revisit how the show was organised and the reasons for its profound significance.
www.whitechapel.org