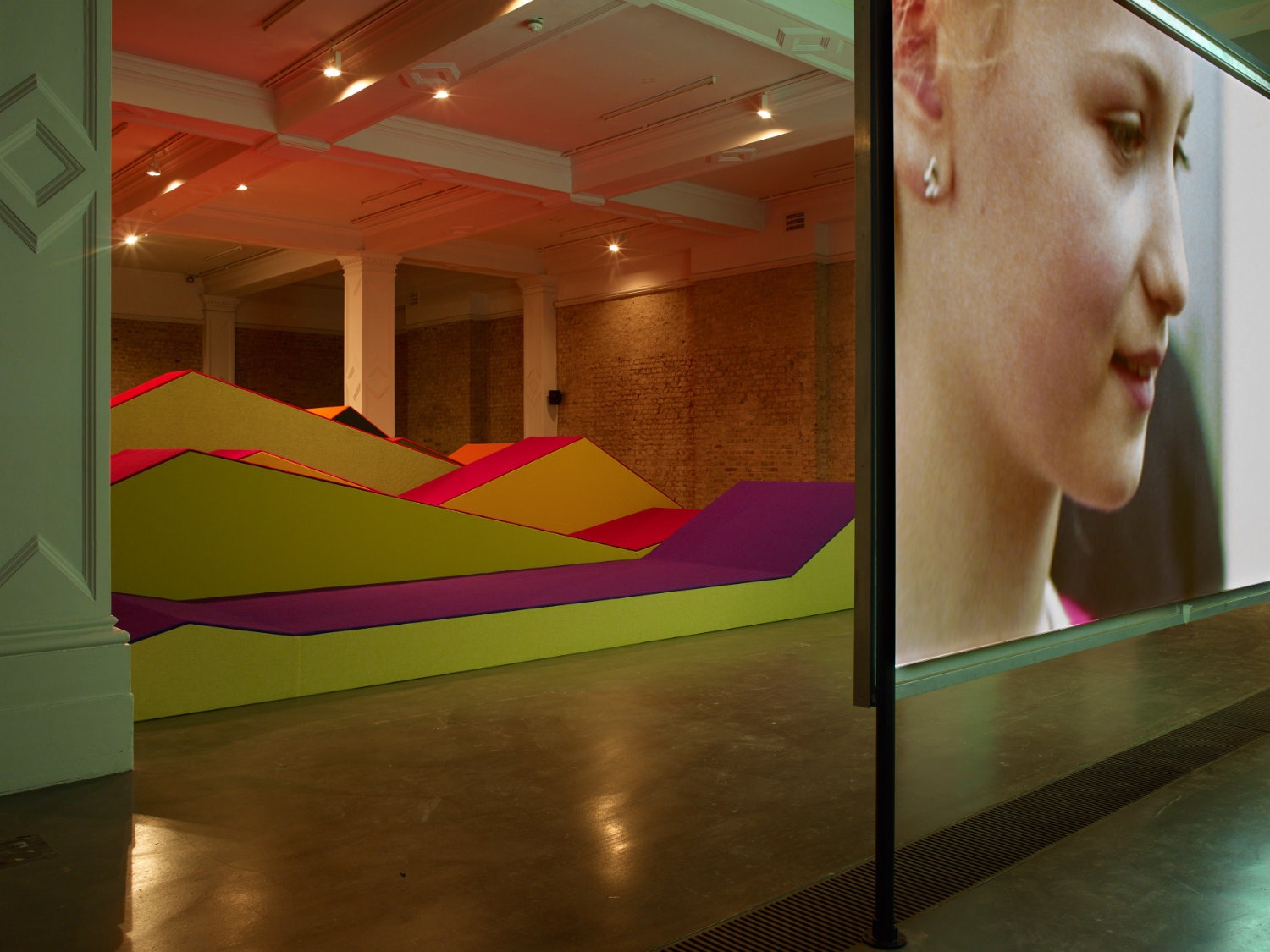 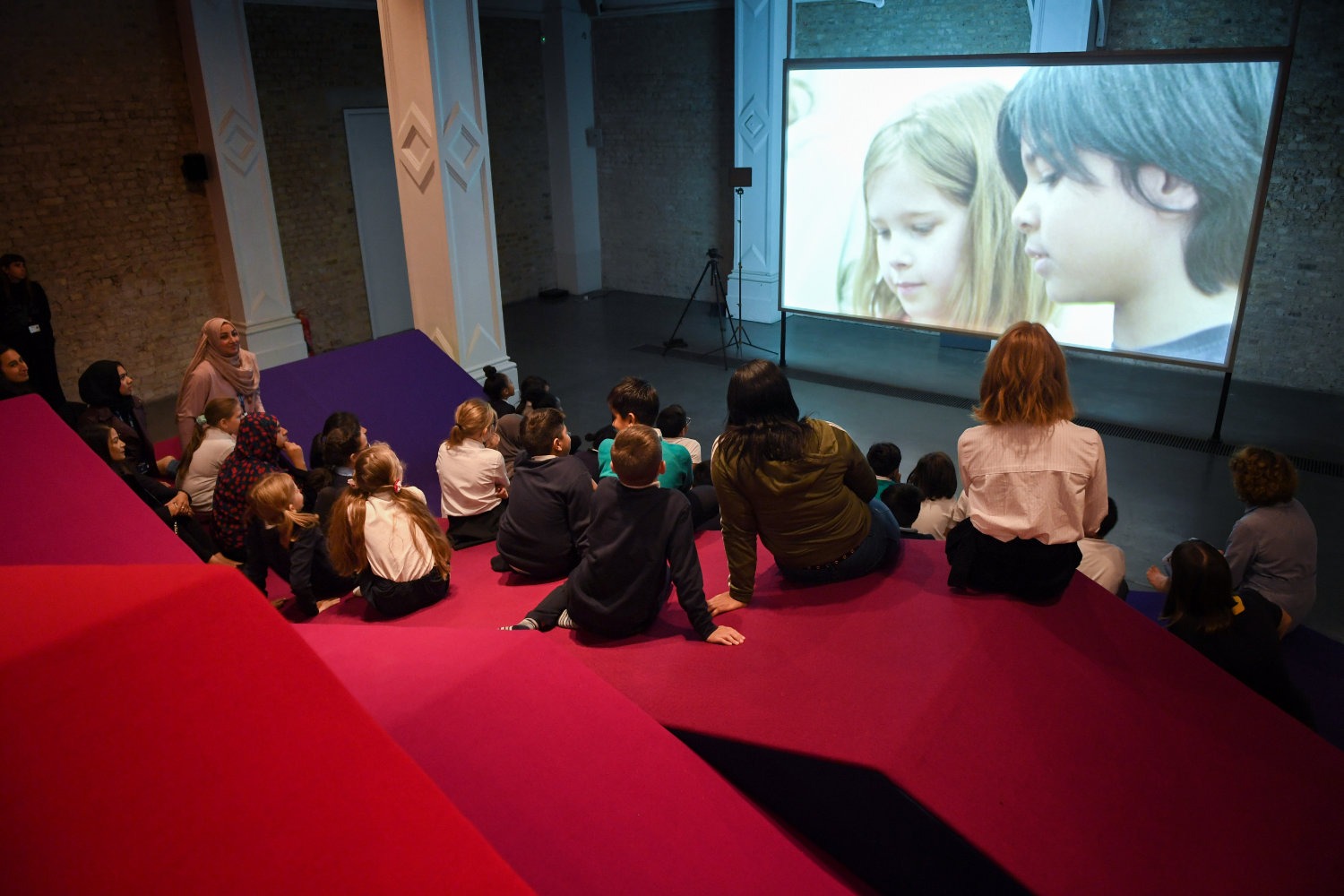 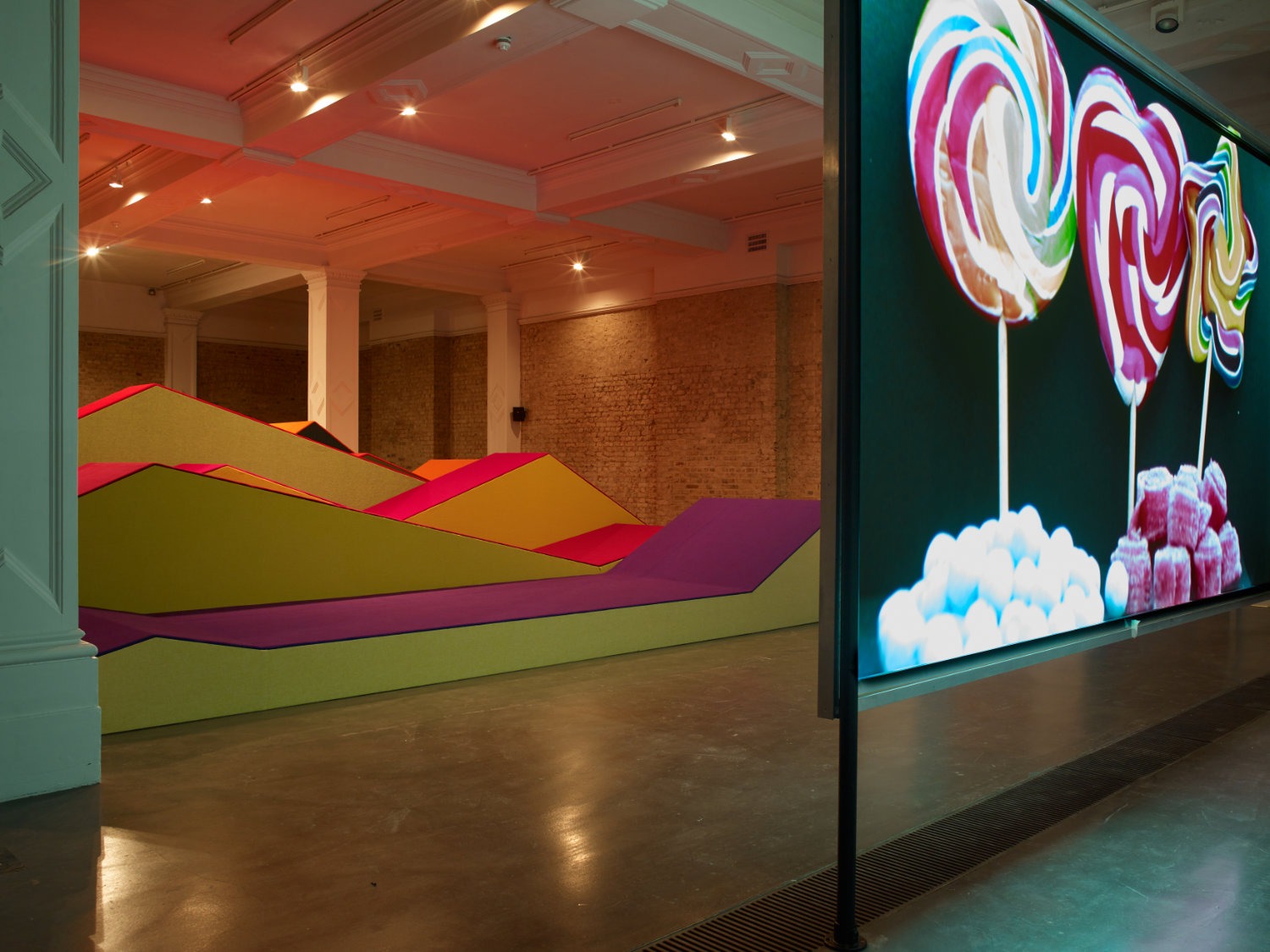 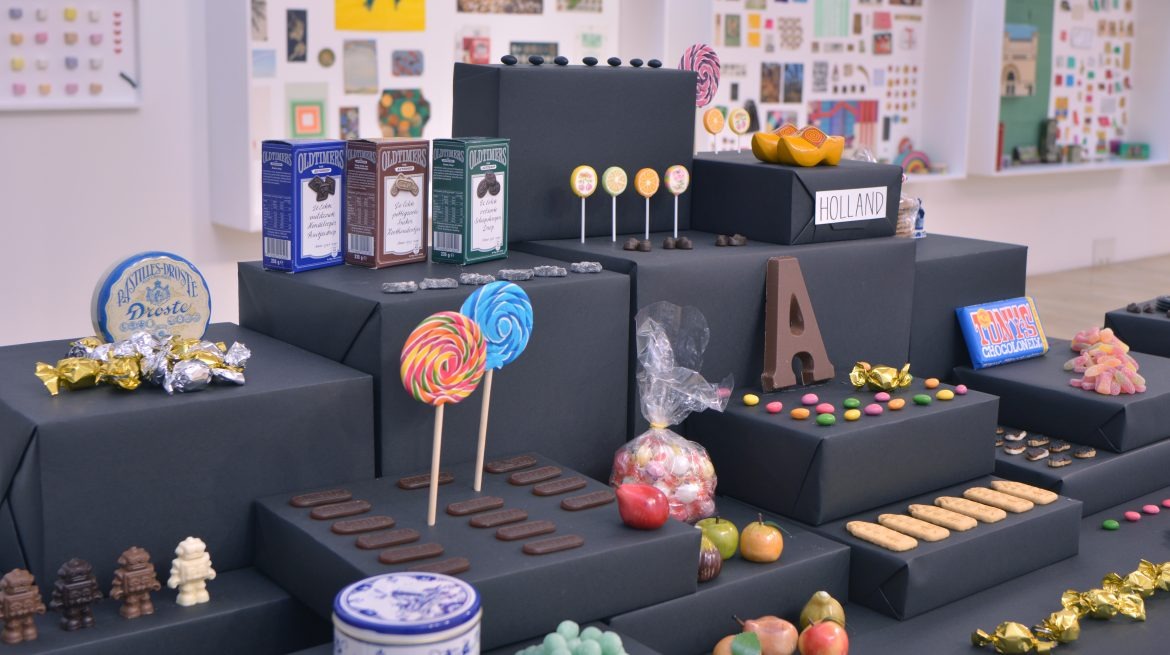 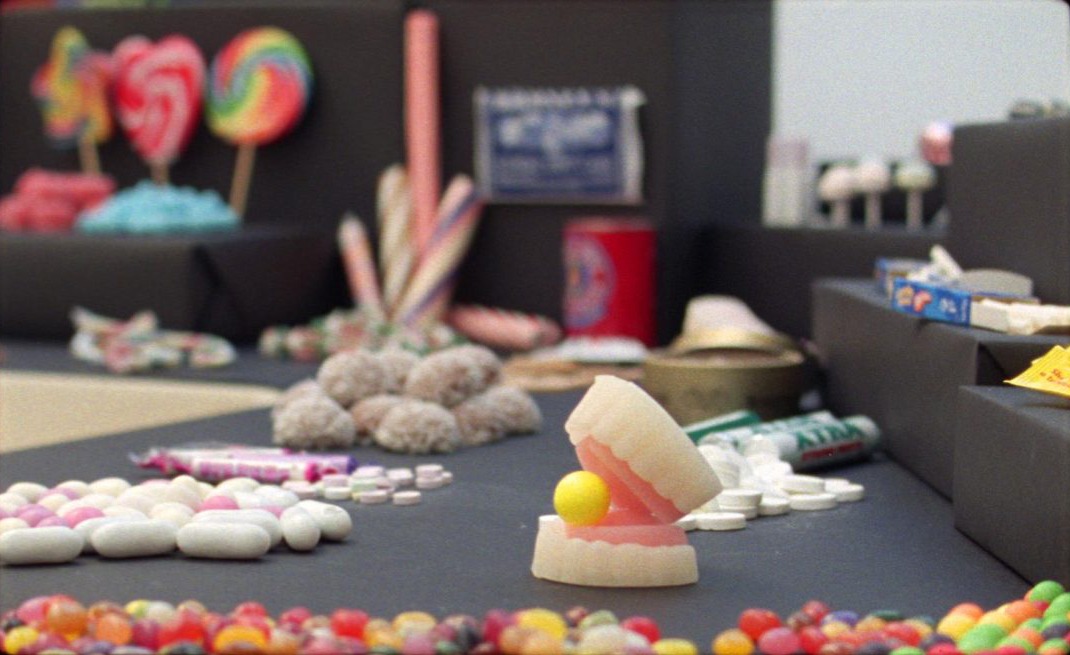 Five hundred children visited Whitechapel Gallery on 28 January 1973 to learn about sweets as a popular art. An enticing display of confectionary including Belgian chocolate coins, French lollipops shaped as the Eiffel Tower, gummy mice from Germany, coffee-flavoured Hopjes from Holland, Italian marzipan fruits, salty licorice from Denmark, Irish mints and toffee from Yorkshire – was part of the ‘Fanfare for Europe’ celebrations, marking Britain’s entry into the European Common Market. Billed as a ‘Sweet Feast’, visitors were invited to sample candies that had been donated by some of the manufacturers. The exhibition came to an unexpected end when the children overwhelmed the guard and devoured all the displays.

A new film by Ulla von Brandenburg (b. 1974, Germany) commissioned by Whitechapel Gallery with Le Prix Marcel Duchamp, following her nomination in 2016 for this prestigious annual award, recreates the event. Renowned for a body of work drawing on theatre and performance to explore complex social issues, von Brandenburg has also designed a colourful seating structure resembling a landscape, transforming spectator into participant.

Filmed with children from the Arnhem Wharf Primary School, von Brandenburg explores the dynamics between the individual and the group; and the hopes of young people at a time when Brexit may limit opportunities for future generations.
www.whitechapel.org