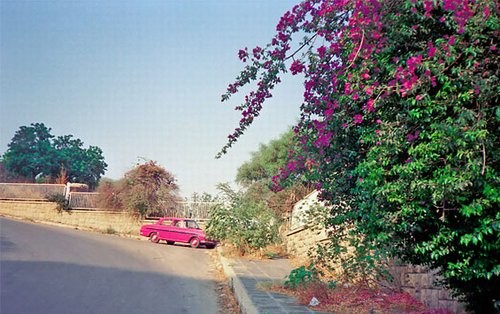 One of the most important artists from the Middle East, Walid Raad says his work ‘was in some ways made possible by the wars in Lebanon’. He playfully considers the effects of conflict not only on body and mind, but also on art itself in Miraculous Beginnings, the first survey of his work from the past twenty years.

A series of monochrome blue photographs, the negatives for which were found under the rubble of war-ravaged Beirut, hide the images of anonymous men and women found dead in the Mediterranean. 24 black-and-white photographs provide the only record of the journey the historian Dr Fadl Fakhouri took across Europe.

Upon their arrival in Lebanon all the works scheduled for a major retrospective are found to have miraculously shrunk to one hundredth of their original size. These are just some of the stories that accompany the photographic and video works produced by Raad in his various art projects: as founder and member of The Atlas Group, as both instigator and executor of a series of self-posed photo assignments, and as a contemporary artist who claims via telepathic powers to communicate with artists from the future.

This, Raad’s largest survey to date, brings together works including Secrets in the open sea, 1994/2004, and Let’s be honest the weather helped, 1998/2006-2007, with the premiere of Sweet Talk: Commissions (Beirut), 1987-present, his exploration of the changing face of Beirut over the last twenty years. An astute analysis of the art boom in the Middle East and the implications this has for art and artists from the region lies at the heart of Raad’s latest project, Scratching on Things I Could Disavow: A History of art in the Arab World, 2008-present.