work from the archives of Healing Arts Initiative / H.A.I. 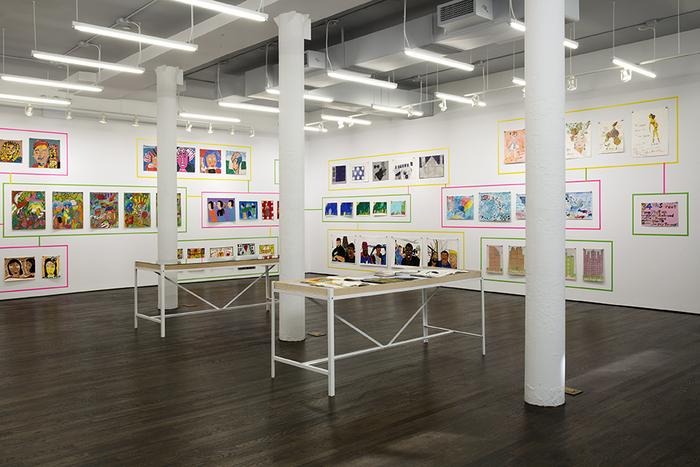 White Columns is proud to present the first-ever exhibition to consider the legacy of the ground- breaking New York not-for-profit organization, Healing Arts Initiative (aka Hospital Audiences Inc./H.A.I.). The exhibition will include more than one hundred works by twenty-four artists who were affiliated with H.A.I. during its nearly five-decade lifespan.

Founded in 1970 and originally known as Hospital Audiences Inc., H.A.I.’s pioneering mission was to “inspire healing, growth and learning through engagement in the arts for the culturally underserved in the New York City community... whose access to the arts have been limited by health, age or income." H.A.I. was dissolved in 2016 after a series of tragic events forced the organization into bankruptcy. White Columns was instrumental in helping to preserve the organization’s four-decade- plus archive of art produced under H.A.I.’s auspices: an unprecedented and historically significant collection of several thousand individual art works.

This exhibition is drawn from these archival holdings and focuses on the legacy of H.A.I.’s long- running visual art programs, which for over forty years fostered and provided support to an extraordinary community of mostly self-taught artists based in New York City, many of whom were elderly or living with physical or developmental disabilities. H.A.I.’s programs for artists began as workshops for individuals living in private proprietary adult homes (PPHAs), and it was at these workshops in the late 1970s and early 1980s that Lady Shalimar Montague, Ray Hamilton, Irene Phillips and Rocco Fama, four of the earliest and now most widely-recognized H.A.I. artists, began to make art. Over time H.A.I.’s Arts Workshop program evolved to include the H.A.I. Studio & Gallery which provided artists with studio space, materials, exhibition opportunities, and – perhaps most crucially – a sense of community. Over its lifetime H.A.I. supported hundreds of artists including such now acknowledged figures as Melvin Way, Julius Caesar Bustamante, and Derrick Alexis Coard, among others.

The present exhibition can only offer a partial account of the extraordinary range of work that was created at H.A.I. between 1970s and 2016. Many of the artists associated with H.A.I. remain active in the New York arts community, some now working with like-minded organizations including Fountain House Gallery and Y.A.I. Our hope is that this exhibition functions as an introduction to H.A.I. and that it might also act as a catalyst for further research and future exhibitions about this radical and inclusive arts organization and the many artists it supported.