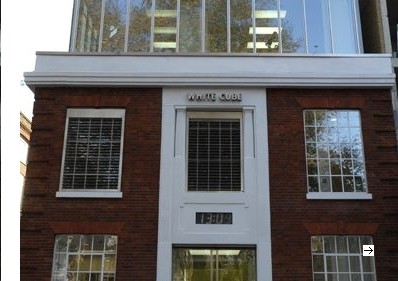 “...How are we to name, to describe, such as I see it from my place, that lived by another, since it is there as another’s view upon me? Here is this well-known countenance, this smile, these modulations of voice, whose style is as familiar to me as myself. Perhaps in many moments of my life the other is for me reduced to this spectacle, which can be a charm. But should the voice alter, should the unwonted appear in the score of the dialogue, or, on the contrary, should a response respond too well to what I thought without having really said it-and suddenly there breaks forth the evidence that out (there), minute by minute, life is being lived: somewhere behind those eyes, behind those gestures, or rather before them, or again about them, coming from I know not what double ground of space, another private world shows through, through the fabric of my own, and for a moment I live in it; I am no more than the respondent for the interpellation that is made to me. The least recovery of attention persuades me that this other who invades me is made only of my own substance: how could I conceive, precisely as his, his colors, his pain, his world, except as in accordance with the colors I see, the pains I have had, the world wherein I live? But at least my private world has ceased to be mine only; it is now the instrument which another plays, the dimension of a generalized life which is grafted onto my own...”
– Maurice Merleau-Ponty, The Visible and the Invisible (1964)

White Cube Hoxton Square is pleased to present ‘Signatures of the Invisible’, an exhibition of new works by Cerith Wyn Evans.

Suspended from the gallery ceiling, “Talvinder, you’ll never guess, it’s the Pacific Ocean again!” (2007), is a three-dimensional white neon sculpture, invoking the interstitial spaces of the temporal ‘fourth dimension’. The work reflects the artist’s interest in composer John Cage’s chance operations and Brion Gysin’s ‘cut-up’ techniques, as well as particle physics, Albert Hoffmann’s chemical formula for LSD, neural synthesis diagrams and astrological constellations, confounding that which is visible to the eye. The work also represents a sound score. Its title is taken from Wyn Evans’s film Look at Me Your Stars (1988), which featured two visually impaired children. The quoted line is taken from a sequence where a child reads out loud places discovered by chance on the surface of a spinning Braille globe.

Excerpted from the script of Chris Marker’s ‘La Jetée’ (1962), a sci-fi film based on a search for an authentic memory, Later on they are in the garden... (2007) is a neon text that explores the potential of the future anterior tense of language. It describes a scene in which a man attempts to tell his girlfriend about his origins in a dream foretelling his death: an event that has already taken place.

Visibleinvisible, located in the upstairs gallery, addresses forms of language. The artist has attached a pair of metal blinds to the first floor windows on the gallery’s façade that mechanically open and shut as they transmit a text by Maurice Merleau-Ponty in International Morse Code, the now obsolete mode of telegraphic communication which has come to represent a form of signature in the work of Wyn Evans over the past few years. The decrypted text appears inside on a wall-mounted computer screen as does a photograph on the opposite wall, which becomes intermittently viewable through a play of light occasioned by the blinking shutters.