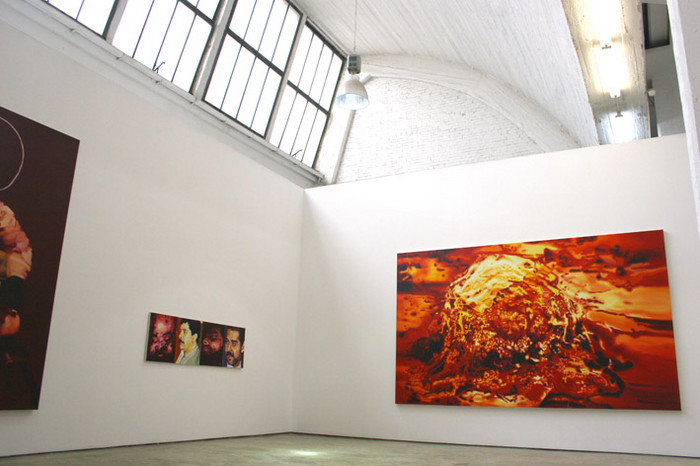 NEW VISTA - The Phenomenon of Post-Tradition in Contemporary Art

As the catalyzed globalization along with the integration of market economy and information media is surging forward in 2008, Chinese traditional culture has been turned into clichés due to various lectures on CCTV, the imagined South has been set up as the typical image of travelling resorts, and Made-in-China and spring roll serve as the vital weapons on the international cultural stage. Therefore, the holy halo of great classics has utterly vanished after we were disenchanted with the loss of original lifestyle. Does tradition have any prospects?
The orthodox scholarly tradition in China, as spreading naturally, misunderstood by man, derailed by accident, dislocated in time and space, and handed down to contemporary social life, has been unavoidably contaminated by the bad habits of lower strata and the worldly unhealthy trends. The creative employment of daily life has transformed book-repeating into multifarious post-traditions which are described as divided, blended, juxtaposed, coexistent, verbally agreed, complicated, ambiguous, temporarily effective, and deeply inquiring. They are changed in appearance and patched up for complying with the pragmatist principles and catering to the tastes of special authorities. The individuals by keeping eccentric behavior become the craziest followers, the most potential deconstructionists, and the most unwilling rebuilders of orthodox tradition. Since they have no way to overcome their illegitimacy, they have to be buried under the corrupt practices, collective inertia, custom of lower strata, and stereotyped thinking but appear to be compelling ritual, superstitious symbol, and moral anxiety. Never be well received, they are tolerated and neglected as an accomplished fact and criticized for their digression. Thus, it can neither be avoided nor eradicated. It is both an ending and a start, that is, a creative start from everyday experiences rather than from conceptions.

Just as the common saying goes, the expectant new state will be induced by a new Vista.
whitespace.cn