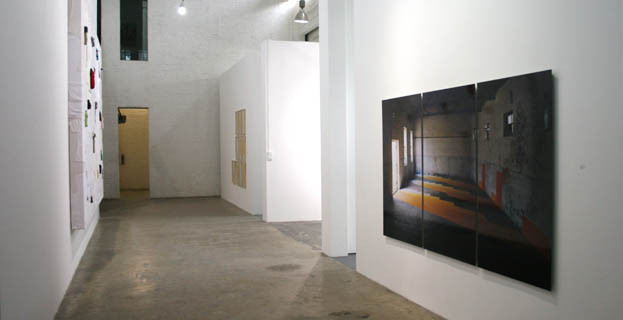 UNDER THE SKY -- International positions in contemporary art

Among german artists Gerhard Richter is having the biggest influence on the international art scene. And the multitudinousness of his styles differentiates Richter from all other contemporary painters. We find abstract artworks next to figurative and representational ones next to monochrome as well as colourfield paintings or edited photographies.
In mid-May 2008 the National Museum Beijing dedicates a major exhibition to Gerhard Richter; and Alexander Ochs uses this exhibition to investigate possibilities and ideas in contemporary art - focussing on painting - in the group exhibition UNDER THE SKY. This exhibition will assemble artworks by artists from Australia, Bulgaria, China, Germany, Korea and the Netherlands to an abstract painting by Gerhard Richter from the year 1988.