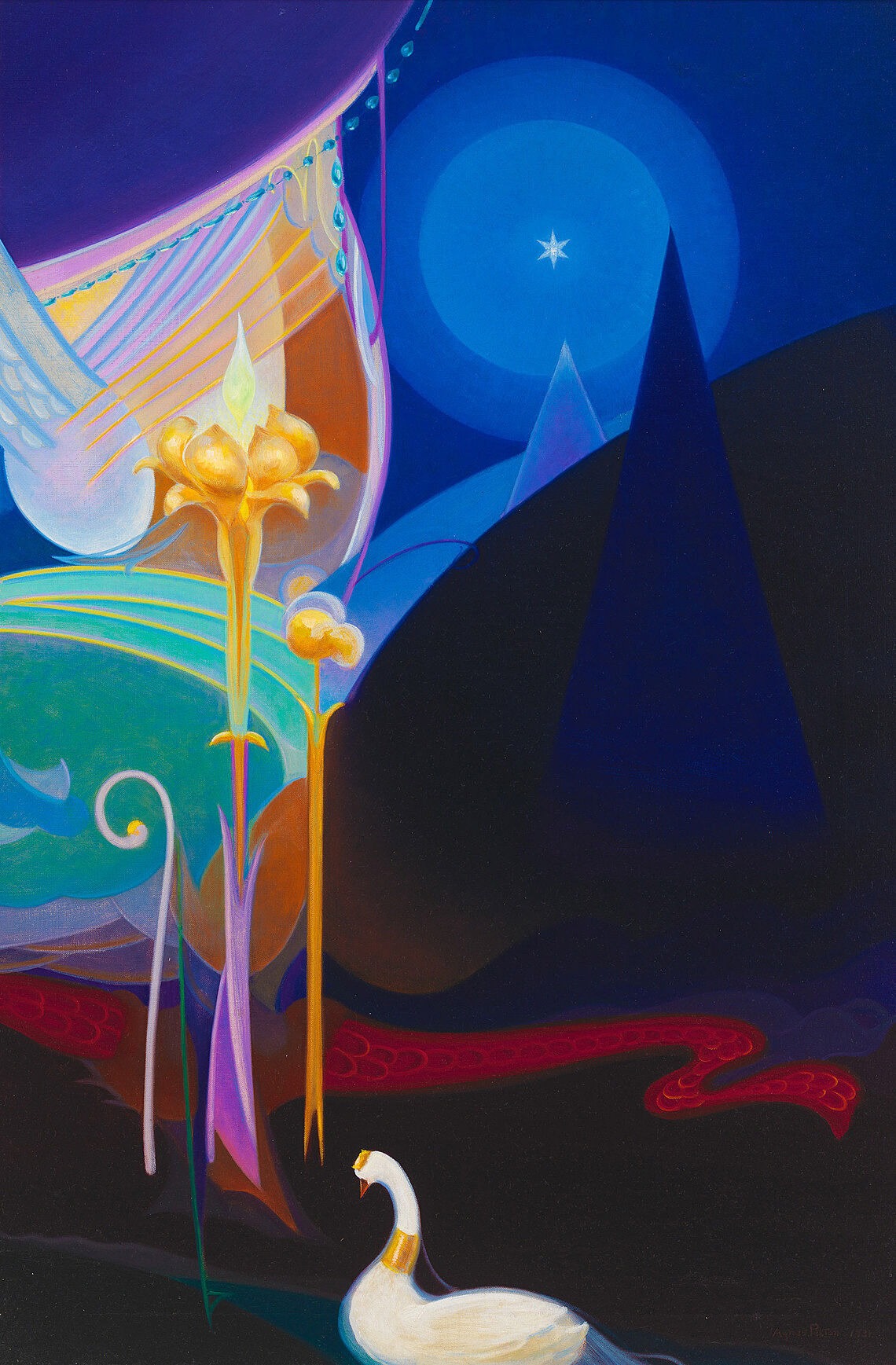 Agnes Pelton (1881–1961) was a visionary symbolist who depicted the spiritual reality she experienced in moments of meditative stillness. Art for her was a discipline through which she gave form to her vision of a higher consciousness within the universe. Using an abstract vocabulary of curvilinear, biomorphic forms and delicate, shimmering veils of light, she portrayed her awareness of a world that lay behind physical appearances—a world of benevolent, disembodied energies animating and protecting life. For most of her career, Pelton chose to live away from the distractions of a major art center, first in Water Mill, Long Island, from 1921 to 1932, and subsequently in Cathedral City, a small community near Palm Springs, California. Her isolation from the mainstream art world meant that her paintings were relatively unknown during her lifetime and in the decades thereafter. This exhibition of approximately forty-five works introduces to the public a little-known artist whose luminous, abstract images of transcendence are only now being fully recognized.

Agnes Pelton: Desert Transcendentalist is organized by the Phoenix Art Museum, and curated by Gilbert Vicario, The Selig Family Chief Curator. The installation at the Whitney Museum is overseen by Barbara Haskell, curator, with Sarah Humphreville, senior curatorial assistant.