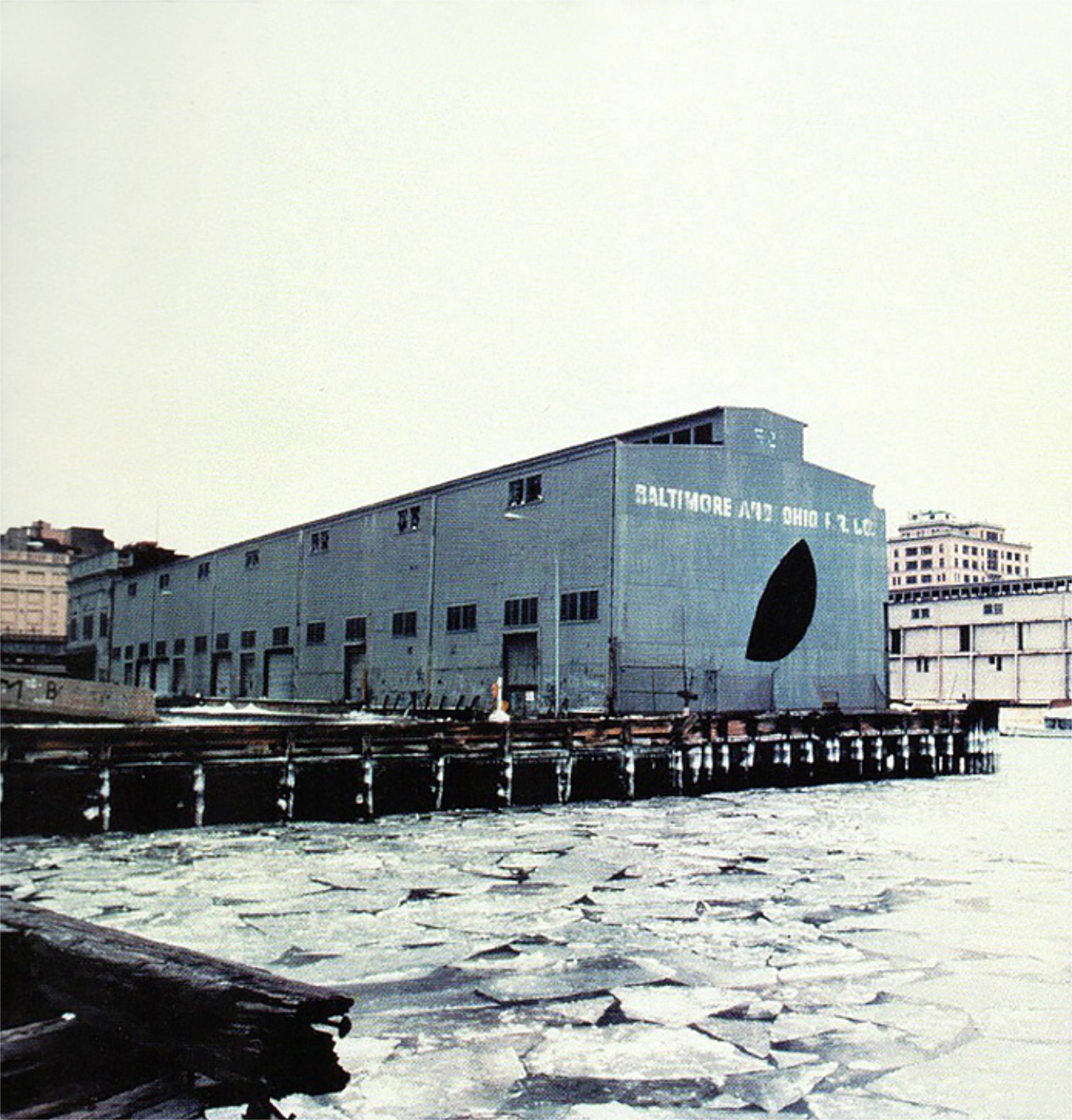 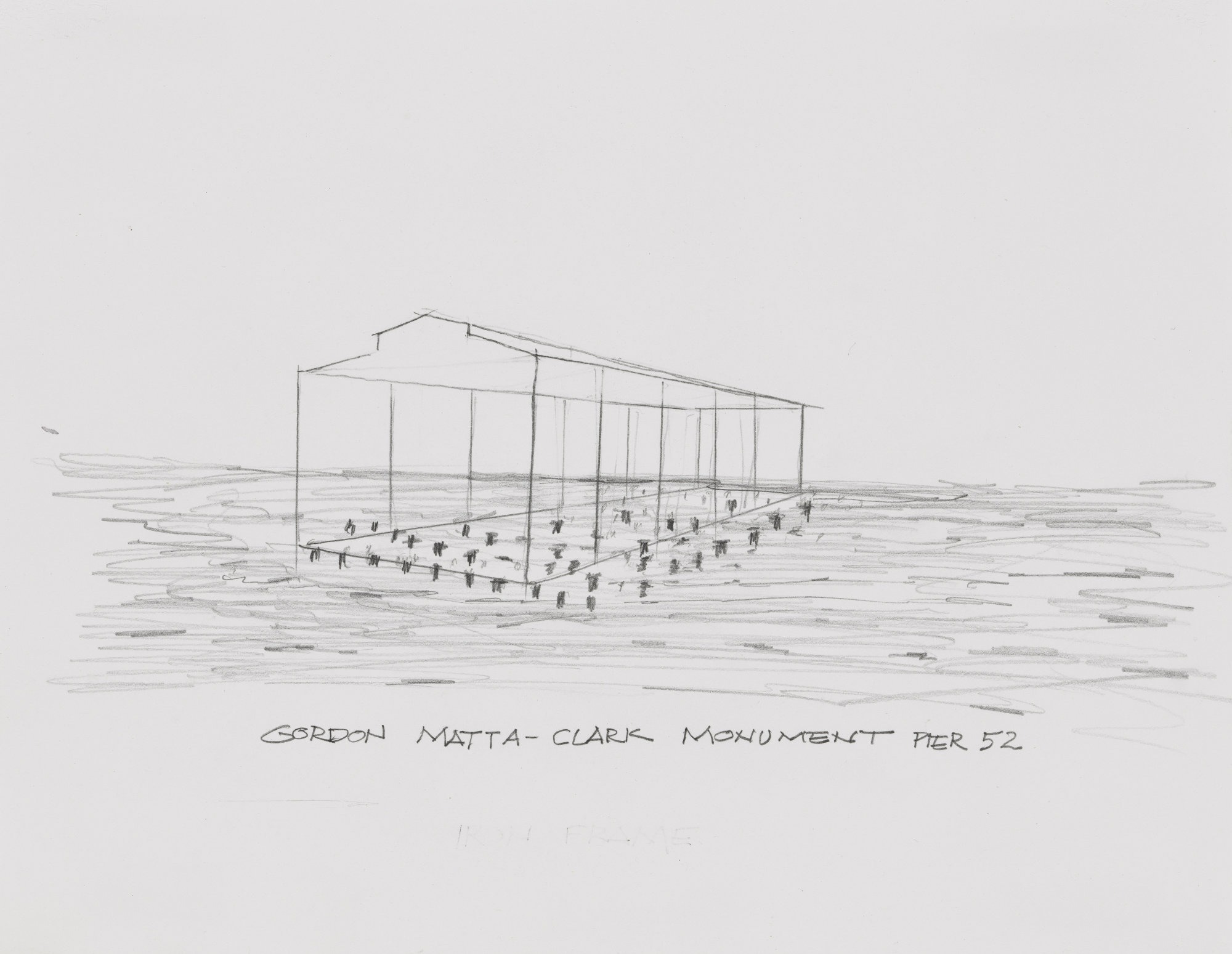 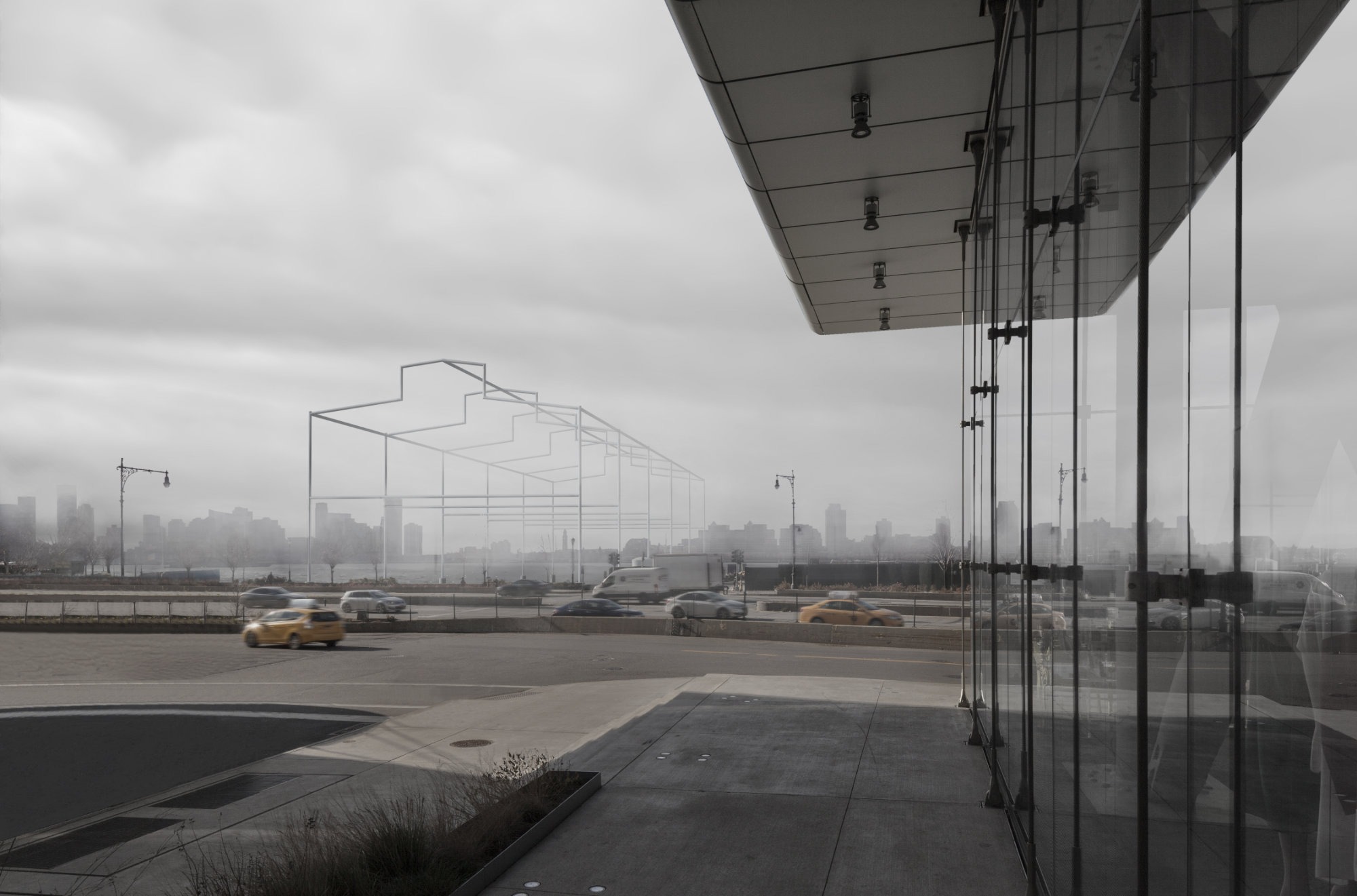 Rendering of the proposed project, Day’s End by David Hammons, as seen from the Whitney Museum of American Art. Courtesy Guy Nordenson and Associates. 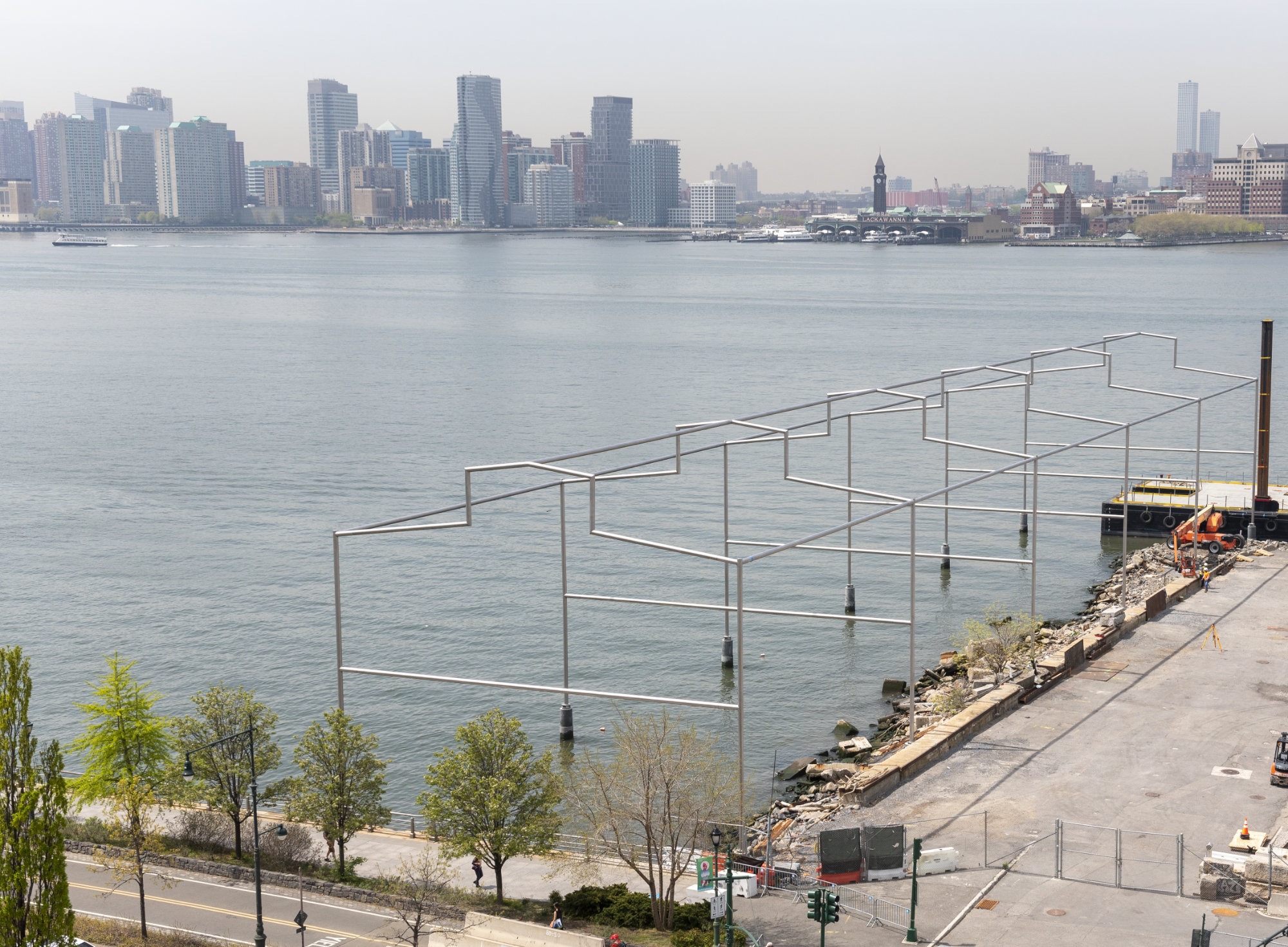 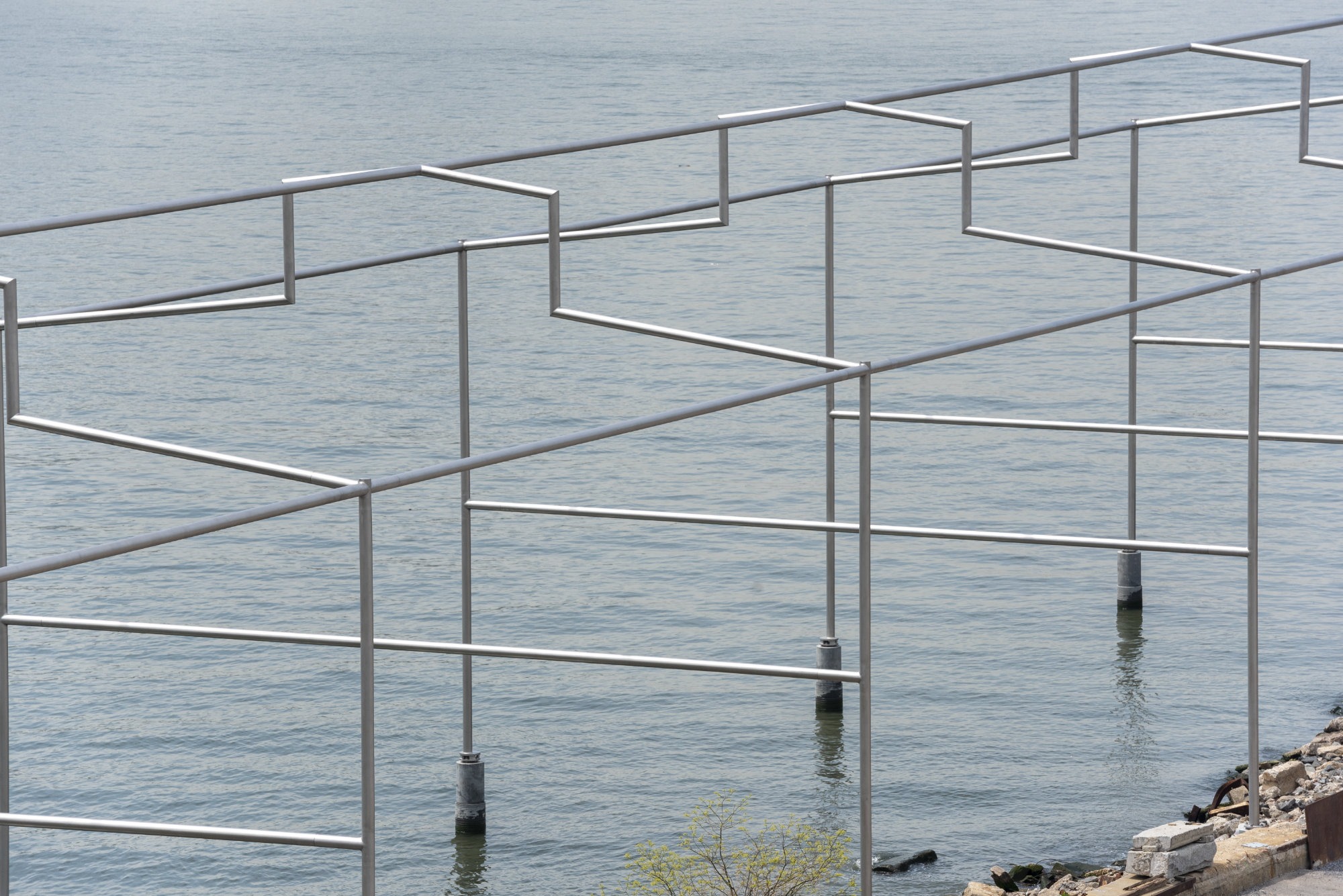 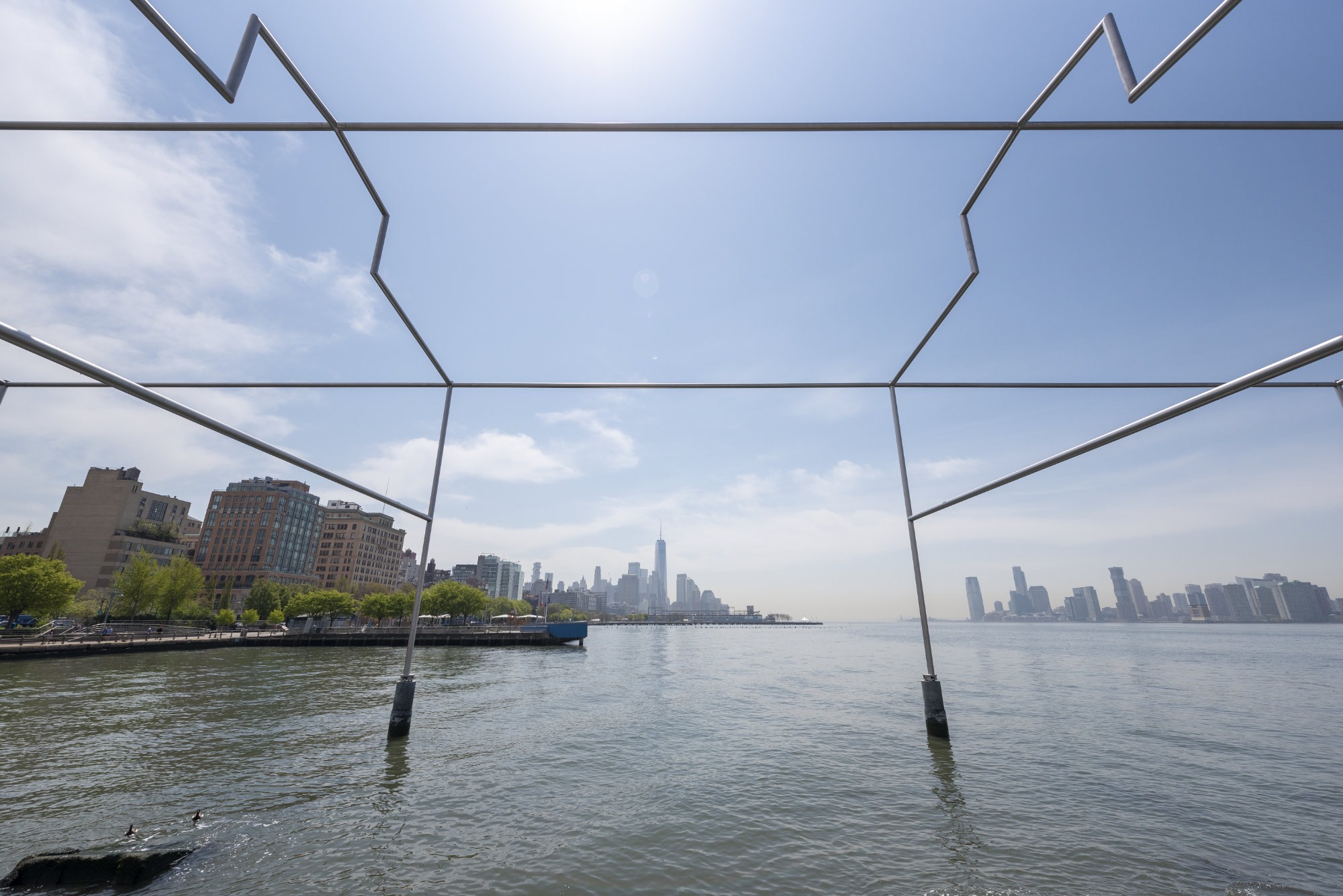 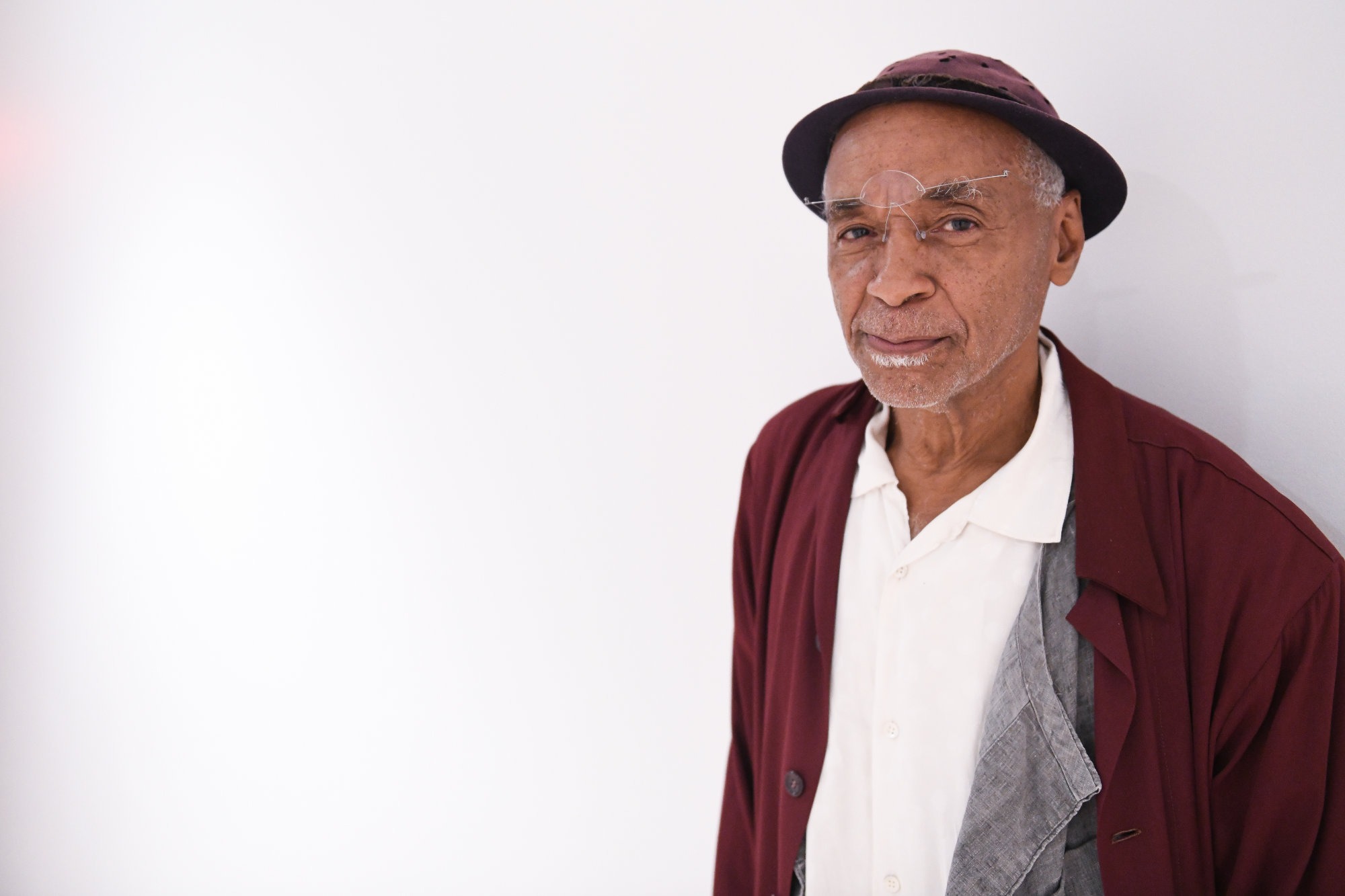 Celebration of the Commencement of installation of David Hammons Day’s End, September 16, 2019, Whitney Museum of American Art, New York
The Whitney, in collaboration with Hudson River Park, has developed a permanent public art project by David Hammons (b. 1943). Entitled Day’s End (2014–21), this monumental installation is located in Hudson River Park along the southern edge of Gansevoort Peninsula, directly across from the Museum.

Proposed to the Whitney by Hammons, Day’s End takes inspiration from an artwork of the same name by Gordon Matta-Clark (1943–78). In 1975, Matta-Clark cut five openings into the Pier 52 shed that formerly occupied the site. Hammons’s Day’s End is an open structure that precisely follows the outlines, dimensions, and location of the original shed—and, like Matta-Clark’s intervention, it will offer an extraordinary place to experience the waterfront.

In tandem with the project's realization, the Whitney presented Around Day’s End: Downtown New York, 1970–1986, an exhibition which featured works from the collection that relate to Matta-Clark’s seminal project. The Whitney has also created interpretive materials including the Museum's first podcast series, Artists Among Us, as well as videos and neighborhood walking tours. This supporting media takes both Day’s Ends, as envisaged by Hammons and Matta-Clark, as jumping-off points for exploring local history—of the waterfront and the Meatpacking District, the role of artists in the neighborhood, its LGBTQ history, and the ecology of the estuary. New research, archival materials, and oral history interviews will all be incorporated.

In the spring of 2014, before the opening of the new downtown Whitney, we received a proverbial message in a bottle. A small pencil sketch arrived in the mail—without an accompanying letter—of an armature in the shape of a large building hovering over the water. Underneath, in block letters, were the words “Monument to Gordon Matta-Clark.” The sender was artist David Hammons (b. 1943). But why this? What was it about?

Hammons had recently visited the Museum to see the new building before we installed the inaugural exhibition. I recalled that during his tour, while gazing out the west-facing windows toward the Hudson River, I had made an off-hand comment that artist Gordon Matta-Clark’s notorious and now legendary artwork entitled Day’s End (1975) was once located on the waterfront across the way. This sculptural intervention, since demolished, had been literally and illicitly fashioned by cutting through a massive pier shed with a blow torch. In retrospect, I now realize that Hammons was more captivated by the waterfront than by the Museum’s magnificent fifth-floor galleries in which he stood. His puzzling missive was a ghostly, skeletal representation of what was no longer there. Was it a gift for the opening of the Museum? A proposal for a project? The only way to know was to contact the reticent, fabled artist himself and invite him to meet with us.

Following our gathering with Hammons we began a seven-year collaboration in an effort to realize his project: a 52 × 325 × 65-foot reimagining of Matta-Clark’s original Day’s End. When asked what he wanted to title his work, Hammons, in his characteristically cryptic fashion, said, “a great tailor makes the fewest cuts.” This was Hammons’s default position throughout the design and construction process. Hammons reprised Matta-Clark’s title for his work, Day’s End, implying that it was a work without singular authorship; indeed, he variously credits said authorship to Matta-Clark, engineer and designer Guy Nordenson, and me. His project inhabits the precise location of the former shed (in fact, when drilling the piers we hit the old structural remains), departing from his original, more romantic vision of an isolated structure floating on the water. This does not mean that Hammons did not make choices; he did so with a light but determined touch. He forfeited the elaborate girders of the original nineteenth-century pier in favor of a new structure created from as few elements as necessary. He also desired the frame to be as thin as possible so that it would appear like his sketch: evanescent, fugitive (in both senses of the word), and ephemeral, suspended in space.

David Hammons’s Day’s End is like a Zen koan, a paradoxical riddle that defies logic and encourages enlightenment. It is simultaneously social and subversive. It is hybrid: architecture, sculpture, drawing, site-specific project, land art, appropriated object, and none of the above. Situated on public land, it is not owned by the Whitney; rather, it is owned by everyone and by no one, open and free to all. Day’s End was made possible by our collaborators: Hudson River Park, the many fabricators and contractors from five countries, the Whitney’s project team, and a select group of brave and visionary donors, not to mention the artist himself. As Hammons has slyly mused, “I would like to be a myth, be on the invisible side of things. The shadow.” So he is. So is his/our Day’s End: an enigma hidden in plain sight.
www.whitney.org