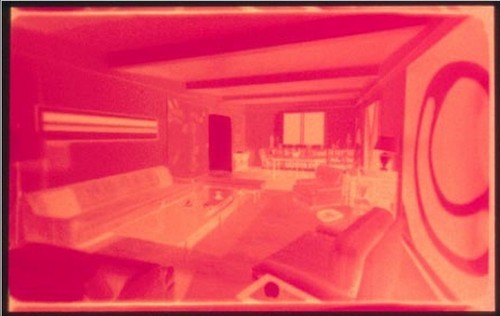 "Progress" brings together works from the Whitney’s permanent collection, highlighting connections between art and visions of utopia. In the early part of the twentieth century, artists and architects like Joseph Albers, Naum Gabo, and Frederick Kiesler carried the revolutionary aims of the European avant-garde to America. The utopian impulse of these artists found its parallel in America’s optimism in developing new technology and the rise of consumer culture--advancements registered in the emergence of Minimalism and Pop Art in the 1950s and ’60s.
This presentation includes works in a variety of media at once representing and critiquing the social and aesthetic goals of Modernism. Artists such as Dan Flavin, Ad Reinhardt, and Sherrie Levine recorded the myriad responses, both hopeful and critical, to the transformation in American culture brought on by the influx of utopian ideals. Other artists address the linear advancement of modernity from a distance, neither celebrating nor critiquing the changes it has brought, but tracking its effects over the passage of time. “Progress” also presents more recent works by artists including Paul Sietsema and Joel Sternfeld, who mine Modernism’s utopian moments in order to gauge how the familiar narratives of progress in the United States continue to haunt and inspire contemporary experience.
www.whitney.org