A project by Cesare Pietroiusti 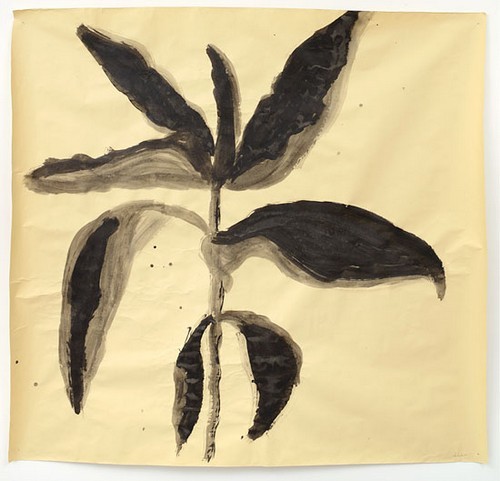 Wilkinson Gallery is pleased to present a project Space exhibition by Cesare Pietroiusti. For Wilkinson Pietroiusti will exhibit ten artworks by international artists of different generations and poetics, using different media from drawing to video to photography to performative practices. The artworks exhibited in the show are for sale, but the currency that can 'buy' them is not money, but ideas - visitors' ideas. Visitors are invited to leave comments, opinions, proposals, suggestions etc. that relate to any of the artworks in the show. Similarly to a silent auction, these ideas will be left in sealed envelopes in the space.

Visitors are also invited to email their ideas to ideascanbuy@wilkinsongallery.com. At the end of the show all the envelopes will be opened and the visitors' ideas made public; anonymity can be assured if requested. The artists (i.e. the authors of the artworks in the show) including Joan Jonas, Dara Birnbaum, Lara Favaretto and Jeremy Deller, will then decide if any of the visitors' proposed ideas equate to the value of their exhibited artwork, and if so, the visitor/author of the idea will receive the artwork in exchange for their idea, without paying any money.

The work of conceptual artist Cesare Pietroiusti questions the very worth of art in society. His works propose to interweave and condense networks of relationships. This process in which the persistence of an authentic resistance to the logics of the gallery/museum system is easily individuated, has led him to reflect on the theme of communication and to support opportunities for a bi-univocal "artistic communication," the only sort capable of expressing highly subjective contents, in opposition to the univocal nature of "authorial communication."

One of the founders of the Centro Studi Jartrakor (Rome) and of the "Journal of the Psychology of Art", Pietroiusti is best known for his 1997 pamphlet 'Non-Functional Thoughts', containing approximately one hundred useless, parasite or incongruous ideas to be realised as art projects by anyone. Some of these ideas have been executed by artists and curators, such as for the exhibition  "Democracy!" (Royal College of Art, London, 2000)  His project "Things That Are Certainly not Art", for which about 500 people contributed to the show, inaugurated the Bloomberg Space in London in 2002.

In 2007 Pietroiusti held a series of performances "Paradoxical Economies", at Ikon Gallery, Birmingham, and participated in Performa 07, New York, and founded, together with the collective "Space" (Bratislava), "Evolution de l'Art" (www.evolutiondelart.net), the first contemporary art gallery to deal solely with immaterial artworks.

In 2003 he took part in the 50th Venice Biennale with "Riserva Artificiale",  a collective work with a group of students of the local Academy of Fine Arts, consisting in narrative explorations of people and places of Porto Marghera, the industrial area of Venice. He has also shown at Serpentine Gallery in London in 1992 and at the Louisiana Museum in Humlebæk in 1996.
www.amandawilkinsongallery.com