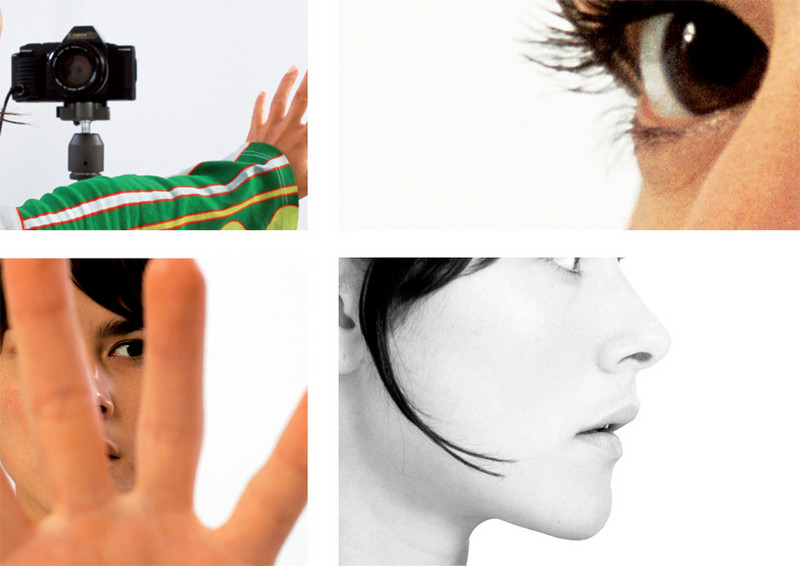 Wilkinson Gallery is pleased to present its first solo exhibition with New York based photographer Barbara Probst.
While photography traditionally directs the viewer to consider a single image, Probst’s intricate sequences are composed of a series of individual, though related, images, integrating numerous perspectives of a single moment. It is impossible to view one image within a series in isolation; instead, the eye constantly flutters back and forth, making sense of the split second the artist has suspended. The artist achieves this perspectival complexity with the aid of radio-controlled shutter releases and often multiple photographers. The results are both arresting and revelatory.
Probst’s disorientating expansion of a single moment into a complex series of images can be unders tood as a means of addressing photographic conventions. Each of her works captures a multitude of different everyday scenarios, each represented across various traditional photographic genres – from port raiture to commercial photography, film, and surveillance – and each questions our understanding of these images in both memory and consciousness. Exposure #64: N.Y.C., 555 8th Avenue, 11.26.08, 5:52 p.m., a diptych which echoes the studio portrait, is recorded by two independently aligned cameras which have each autonomously captured the gaze of a single subject. It is the subtle differences between these two images that elucidate Probst’s attentiveness to detail and challenge the viewer’s capability of differentiation, particularly the modern eye’s reliance on temporally arranged images. Equally, the composition illustrates how the camera positions both the viewer and subject, and how we as viewer are organised by the camera’s ‘point-of-view’, through the logic of perspective.
Probst’s images unsettle as sumed ideas of photographic ‘truth’ and instead manage to reveal photography’s capacity to construct narratives and the medium’s inherent artifice. Exposure #49: N.Y.C., 555 8th Avenue, 05.21.07, 4:02 p.m., 2007, illustrates the myriad ways in which a moment can be depicted, and by extension, experienced, subsequently questioning the limitations of a traditional singular perspective or the belief in any
particular perspective as ‘right’. Consequently, Probst’s photographic arrangements are not simply an extension of the singular perspective but of a single moment in space.
Probst’s elaborate sequences of images suspend time and seemingly extend the split second; the effects are both complex and dramatic. It is for all these reasons that Probst’s practice is so defined within contemporary photography. The work manages to question the very means by which we read images and our association between perception and experience. Each composition actively engages the viewer and challenges the common ideology of knowing through seeing. Subsequently, our experience with these images is a heightened awareness of both the physical and psychological act of looking.

Barbara Probst was born in 1964 in Munich, Germany and lives and works in New York and Munich. Probst has recently been the subject of numerous important exhibitions including Stills Gallery, Edinburgh, Scotland (2009); a mid-career survey at the Kunstverein Oldenburg, Germany (2009) and ‘Exposures’ at the Museum of Contemporary Photography, Chicago (2007). Recent important group exhibitions include ‘Exposed: Voyeurism, Surveillance and the Camera’ at Tate Modern, London (2010) and the acclaimed ‘New Photography’ at MoMA, New York (2006)