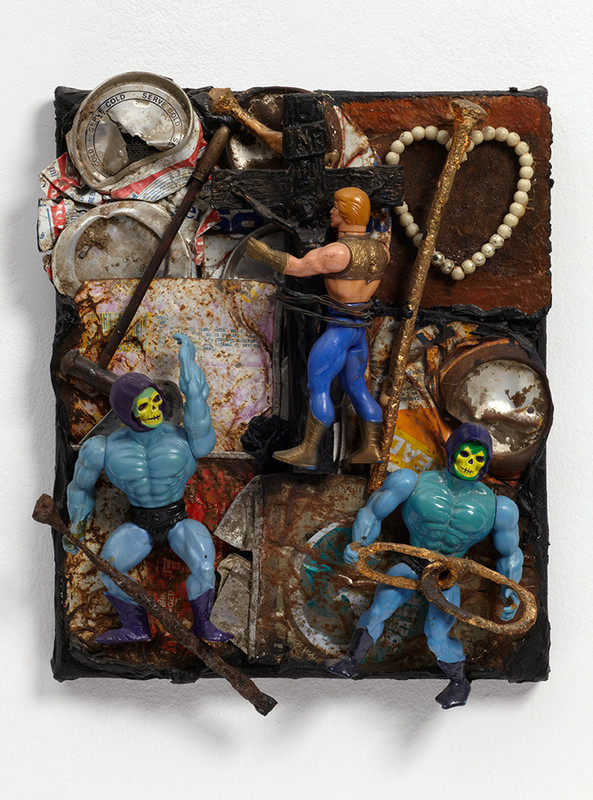 Like Tolstoy, Derek Jarman was an autobiographical obsessive. Tolstoy’s particular autobiographical obsession, beginning with Childhood, which draws upon his own experience, has been described as both a literary adventure and psychological apprenticeship, the search for a voice and the need for selfportraiture. Childhoodis, writes the critic Isabelle Naginski ‘a literary testing-ground where the young Tolstoy is already working with narrative structures, devices, and archetypes which are to be found in his later works’. But when Childhoodfirst appeared in The Contemporaryjournal in 1852, published under the pseudonymous initials L.N., the editor changed its title to Story of My Childhood. ‘Who would have any interest in my childhood?’ Tolstoy wrote in a frustrated letter to the editor. Its proper clipped title dissociates Tolstoy from the material, suggesting a contradictory desire to reveal himself through writing, while enjoying a veil of fiction. This blurring of fact and fiction granted Tolstoy a further dignity: at once he could be author and novelistic hero.

Jarman’s autobiographical obsession was the inverse of Tolstoy’s: at the age of 44, in December 1986, while editing and sound synching The Last of England, Jarman was diagnosed HIV positive. Almost immediately he began writing Kicking the Pricks, a hybrid memoir of polemics, remembrances, portraits of people and places, and transcriptions of interviews, finishing in spring 1987. Although Jarman had published Dancing Ledgein 1984, Kicking the Pricksmotivated a succession of astonishingly frank journals that continued until New Year’s Day 1994, when he could barely lift the pen. Jarman’s obsession began with this mid-life shock; the tremors worked retroactively into childhood, unearthing, if not structures, devices and archetypes, but layers of buried memories, earlier traumas. No one could predict how long he’d live. The work is marked by a magnitude of purposeful urgency. Looking back in 1993 Jarman wrote that he’d begun the journals because ‘there wasn’t much gay autobiography some tentative beginnings in the gay press but no-one had written an autobiography in which they described a sex act... That seemed to be a good reason to fill in the blanks and to start putting in the “I”rather than the “they”...’ He continues: "

It was very important to find the ‘I’: I feel this, this happened to me, I did this. I wanted to read that. My obsession with biography is to find these ‘I”s. The subtext of my films has been the books, putting myself back into the picture. There’s a huge self-censorship because we’re terrified of betraying ourselves.”

Jarman refused the veil of fiction that separated life from art and deeds from actions, choosing instead political and ethical responsibility. He would be author-artist and consequently later a martyr to outstrip Tolstoy’s novelistic hero. Jarman’s prolific, panmedia output, which included painting, stage design, film, journals, pop videos and his garden at Dungeness, fuse together. Indeed writer John Savage has suggested that we consider Jarman himself as a kind of living Gesamtkunstwerk. His life was his art. Within his cross-disciplinary output are many technical and thematic relays and returns: the found footage of his films and found objects of his constructions are but one clear example of this. Yet, however inextricable Jarman’s work across media is, painting was his earliest artistic passion and it was painting he returned to in his last decade. It was also a practical convenience. Film was a collective effort requiring management; painting could be done in solitude, in bed, or with the help of an assistant. Looking back it seems clearer now what influence Jarman’s foregrounding of the self and sexuality in his Gesamtkunstwerkhad on that subsequent cabal of Young British Artists invented in London in the late eighties. But Jarman, while offering a fascinating alternative ancestry to British conceptualism, was also its antithesis: his unstoppable inner compulsion to make, allied in his latter years with gay activism, lacked cynical self awareness or the self-promoting spectacle of this subsequent generation - one only has to compare Jarman’s Bed Paintings(1988-89) to Tracey Emin’s My Bed (1998).

This exhibition of constructions and paintings by Derek Jarman, which gather around I.N.R.I. (1988) date from 1982 -1991. Their time of production therefore pre and post- dates Jarman’s diagnosis of HIV. And although it’s true, the works get blacker and blacker - culminating, contradictorily, into equanimous Blueand the Artaudian missile-like canvas attacks of the Evil Queenpaintings - things seemed dark even before his diagnosis. Thatcherite England was a profound source of shame for him. Nightlife(1982) marked the beginning of a reinvigoration of painting for Jarman. That year he returned from Florence, having worked on the stage design for Ken Russell’s production of Stravinsky’s The Rakes Progress, with gold leaf. This he used to cover the canvas, applying successive layers of oil paint, before performing a minor archaeology to reveal the layers beneath. Jarman has written of Caravaggio’s influence on him at the time. Nightlife’s swirling colour and texture abstractly evokes nightlife, while suggesting the crimson of St Jerome’s cloak and the thick black that ensconces him.

The majority of works in this exhibition date from 1986 onwards; only two belong to the early nineties. Afterlife, Apollo 11 and Untitled(86), each dating from 1986, were made quickly in the wake of Jarman’s diagnosis. In each work, the familiar celestial gold ground is clotted with black pitch, which also functions to adhere smashed glass, mirrors, bulbs jewels and brushes to the canvas. (Could it be Untitled, included in this show, that Jarman works up halfway through The Last of England?) Afterliferuminates on the possibility of an after life; while Apollo II struggles with the eponymous contradictory characters of the Greek god of light and sun, health and plague. The smashed glass at the heart of the panels invite the viewer in, to peer into depths without form and void beyond the material surface. ‘My world is in fragments,’ Jarman wrote after his diagnosis, ‘smashed in pieces so fine I doubt I will ever re-assemble them. The God that rules over the debris is SILENCE: you’ll hear him in the wind that chases through the ruins. In the silence I’m impelled to speak, to remind myself of my existence violating the God.’ Jarman’s defiant voice sounds most powerfully in these three works: they remain a profound testimony of a human choosing life in the face of uncertain death. If, as he was led to believe, Jarman’s sexuality precluded him from the rewards of Christian afterlife, he would erect a church in his own image and live immanently - in the here and now. Each of these works is a frenzied parcel of vitality. Jarman worked fast, intuitively, with half-closed eyes, guided by his remarkable tactile sense. Because of their speed of production they seem to promise a unique reading of his psychological mindset. Through them, anger and emotion is purged.

In his journals, Jarman refers to these mixed media works as both ‘collage’ and ‘construction’. Certainly they can be understood in a tradition of Dubuffet’s ‘constructions’, Arp’s ‘collages’, Rauschenberg’s ‘combinations’, Schwitters’ ‘assemblages’, or predating that, Picasso’s reliefs, which are attributed with liberating sculpture. Jarman probably wasn’t overly concerned, yet the vitality of these constructions are contained by the frame’s edges, which ensures they resolutely remain pictures. Through a Surrealist lens their found objects represent a ‘return of the repressed’. Rather than inducing the shock of dusty nineteenth-century bourgeois detritus, Jarman’s found objects evoke different qualities of repression and shock, for instance, the shock of late twentiethcentury society’s willful repression of homosexuality. These objects often found him: washed up flotsam was divided between the garden at Dungeness and these constructions. Or he found them: kitschy demonic figures from the Charing Cross Road (I.N.R.I. (1988)), or Action Men from junkshops (They’ve Done ItIn(1987).) These found objects introduce a vernacular register. Perhaps the tar is the black night ocean off Dungeness? Among the precious fragments of reflection on the process of painting, Jarman repeatedly likens tar to a forceful ocean, which ‘eddies’ around objects, that ‘capsizes and sinks’ forms, that holds mysteries in its depth. In Modern NatureJarman describes smashed glass falling onto the canvas like a ‘tallship in full sail’. The black is also the Spanish black of Goya, Jarman’s ‘spirit guide’; or it is that darkness made visible by Rembrandt. But the black was also a shroud in which to hide from the bigots and the homphobes. ‘Melanosis,’ Jarman writes in Chroma, ‘moths which turn black to hide from predators... I painted the gold into my black paintings (melanosis)’.

Frequently Jarman’s constructions are scored with words and sentences. These words are relayed in the titles of works, as in Sleep(1987) and Smashing Times(1987). Likewise, titles point, by association, to objects on the panels, as in Eyes(1986) or Black Widow(1987). Smashing Times(1987), tar on gold leaf canvas, assembles a condom sandwiched between tar and glass smashed by a hammer. A shriveled tube of KY jelly covers Christ’s feet on the cross. Scratched in glass in Jarman’s handwriting is an arrangement of words: ‘AIDS THE HETEROSEXIST prayer... SMASHING TIMES... VIRUS...’ Recently the writer Michael Charlesworth has suggested that since Jarman’s spatial disposition of words gives an immediate visual impact that contributes to their meaning they should be regarded as concrete poems. Jarman was, after all, friends with and owned works by the pioneer of concrete poetry Dom Sylvester Houédard. ‘Arguing for a connection with concrete poetry, Charlesworth writes, ‘... accepts that the words are completely integral to the works, which cannot be expected to make their full array of suggestions of meaning without the legible element.’ (Words would play an increasingly prominent role in Jarman’s later paintings that he began after seeing a Frank Auerbach canvas at Richard Salmon’s house in 1991.) Multivalent language belies itself with bitter irony: to have smashing times is a twee thirties-ish way to say ‘fun’; ‘smashing’ someone is to violently fuck them; but smashing is also the material inflection of hammer against glass. Finally, ‘smashed’ is how Jarman admitted to feeling following his diagnosis. Naming, Stuart Morgan once wrote of Jarman’s use of text, is possessing.

The scale of these constructions is small, domestic. In this sense they belong to a gendered Victorian vernacular photography of the kind photo-historian Geoffrey Batchen describes in his book Forget Me Not. Or, more justifiably, given their frequent religious iconography - Rosary beads, thorn branches and nails – they are panels from the altarpiece of the Church of Derek. I.N.R.I. (1988) - ‘I am King of the Jews’ - the Baroque parade of plastic Saints and demons, would be at the pinnacle. The gesture is uninhibited DADA, revivified in the 1980s against the institutions of the family and the State for the sake of gay liberation. It stands out as a significant early step towards his eventual canonisation, a journey that benighted Roman Catholicism as he sought heaven on earth.