How To Eclipse The Light 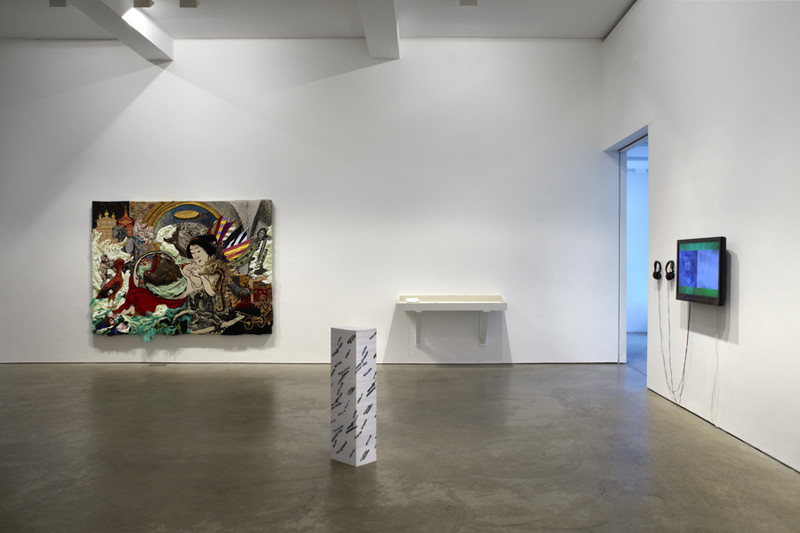 Wilkinson Gallery is pleased to present ‘How to Eclipse the Light’, a group exhibition curated by Karen Archey.
‘How to Escape the Light’ celebrates the legacy and ethos of American artist Dara Birnbaum. Recognized for her early adoption of and insistence on video as an artistic medium, Birnbaum has maintained an active artistic practice marked by radical innovation for over three decades. Curated by Karen Archey, “How to Eclipse the Light” traces the influence of Birnbaum's work, examining how aspects of her practice have proliferated and evolved in subsequent generations of artists' work. Artists showing alongside Birnbaum include Cory Arcangel, Bernadette Corporation, Simon Denny, Aleksandra Domanovic, Cecile B. Evans, Ilja Karilampi, MadeIn Company, Pamela Rosenkranz, and Kate Steciw. Subjects considered by the exhibition emblematize and build on Birnbaum’s oeuvre, to include the critique of television, the deconstruction of female stereotypes in popular media, appropriation as strategy, the metaphorical containment of the body, and the sculptural use of the television casing, while honoring Birnbaum's studied approach to politics and feminism.
Karen Archey is an art critic and curator based in New York. She is the Editor-at-Large of Rhizome at the New Museum and the 2012-2013 Curator-in-Residence at Abrons Art Center. Archey has penned essays for the Fall 2012 issues of Kaleidoscope and Spike Art Quarterly, as well as catalogue essays for upcoming exhibitions the Studio Museum in Harlem and Elizabeth Dee Gallery. Her writing is regularly featured in Spike Art Quarterly, Art-Agenda, Modern Painters, and LEAP, where she maintains a bilingual Chinese/English column introducing the work of emerging artists.
www.amandawilkinsongallery.com