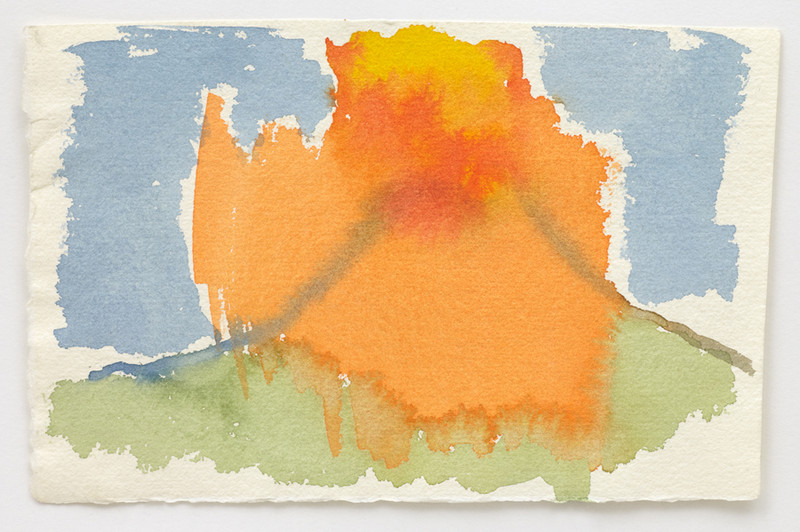 Wilkinson Gallery is pleased to present two concurrent exhibitions with the internationally acclaimed artist, Joan Jonas. Drawing Languages, which occupies the Upper Gallery, is the first ever exhibition of Joan Jonas’ drawings in the UK.
The exhibition explores the complex visual language Jonas has developed in her drawings and the vital importance of the medium to the artist’s practice as a whole. The exhibition includes drawings from recent performances; such as those made during the acclaimed performance The Shape, the Scent, the Feel of Things (commissioned and performed at Dia Beacon, New York in 2006 and 2007 and touring to several other major international institutions). There are also examples of drawings made independently from the other elements of Jonas’ practice, like Untitled, 2009, which extends the artist’s ongoing interest in documenting her own body.
Drawing is an integral and es sential component to Jonas’ practice, existing collectively alongside Jonas’ video work, installations and performance, and frequently existing as further explorations on decided themes. The collection of drawings in the Upper Gallery, in their assortment, display the variety of uses and purposes drawing has within the artist’s practice.
Jonas’ drawings are visual manifestations of her creative and working process. The drawings function as a reflexive tool, providing a personal and public examination of the self, the surroundings and the objects of, say, a performance. The performative drawings act as two-dimensional correlations with the props of the performance, providing inspiration whilst simultaneously developing the narrative that they initially motivated.
Instead of resigning to a preliminary or testimonial role, Jonas’ drawings animate the performative, creating a unique and fluctuating vocabulary of symbols and gestures.
The process of drawing establishes a discourse within Jonas’ interdisciplinary practice, linking recurrent themes across different media. Subsequently, Jonas’ drawings become inscriptions within a wider narrative.
Joan Jonas (b. 1936, New York City, NY, USA) lives and works in New York. Jonas has become one of the first female performance, installation and video artists to become formally accepted by the institutional museum world with major solo exhibitions throughout Europe, the US and globally over the last 25 years.
These include solo exhibitions at Bergen Kunsthalle, Norway (2011); Centre d’art Contemporain, Geneva, Switzerland (2008); MACBA - Museu d’Art Contemporani de Barcelona, Spain (2007); The Renaissance Society, University of Chicago, USA (2004); Queens Museum of Art (2003); Galerie der Stadt Stuttgart, Germany (2000); Stedelijk Museum, Amsterdam (1994/1979); PS1 Contemporary Arts Center, New York (1982); Whitechapel Art Gallery, London (1979). Recent important performances include The Guggenheim Museum, New York (2010), Dia: Beacon, New York (2005), Tate Modern, London (2004). Jonas is also a professor of visual arts at the Massachusetts Institute of Technology (MIT). A major new monograph edited by Joan Simon and published by Gregory R. Miller & Co. will be available in 2012.
www.amandawilkinsongallery.com