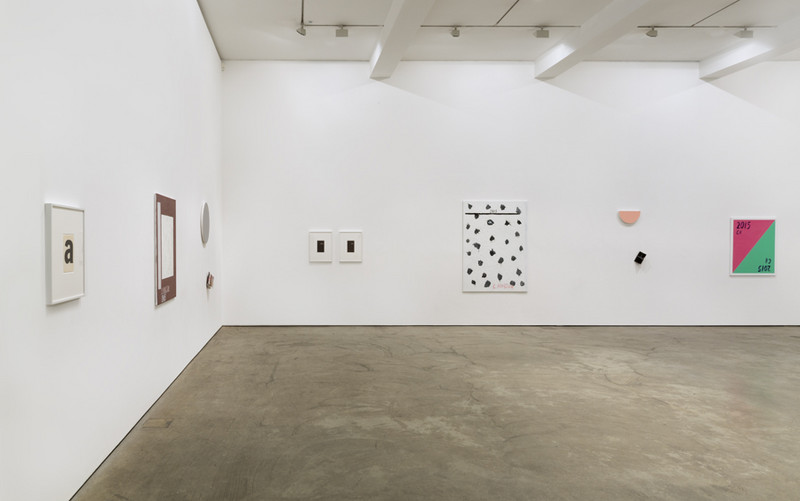 Wilkinson is proud to present an exhibition of recent work by Matthew Higgs (b. 1964) and Clive Hodgson (b. 1953.)

Over the past three years Matthew Higgs has collaborated on a series of two-person exhibitions in New York, Los Angeles and Milwaukee with the New York-based artist Margaret Lee (one of the exhibitions included work by a third artist the Bay Area-based Marlon Mullen.) The exhibitions took the form of a dialog between the artists and their respective works. This notion - of the exhibition as a form of correspondence - is the basis for the current project by Higgs and Hodgson at Wilkinson.

Matthew Higgs has shown with Wilkinson gallery since the mid 1990s including collaborative presentations made with Peter Doig (1996) and Chris Ofili (1997) among others. For the current exhibition Higgs invited the London-based artist Clive Hodgson to present new paintings alongside Higgs’ recent ‘Reading Paintings’ and a group of his signature framed book-page and book-cover works.

In 2014 Matthew Higgs organised a solo exhibition of Hodgson’s paintings at New York’s White Columns gallery, where, since 2004, Higgs has been the director. Higgs first encountered Hodgson’s work in Glasgow at Carlton Place, a gallery located in the riverside home of artists Merlin James and Carol Rhodes. Writing about Hodgson’s work Higgs has said: “Hodgson’s essentially abstract paintings typically foreground both their date of making and the artist’s name or signature as prominent motifs. Aligning the melancholic drift of On Kawara’s daily routines with a decidedly informal take on formalism – not unlike that of, say, the late Raoul De Keyser - Hodgson’s paintings, in the words of artist Carol Rhodes “build to a concerted interrogation of the puzzles of art and life.”” At Wilkinson Hodgson will present a group of recent paintings in addition to one work made in collaboration with Higgs.

Since the early 1990s Matthew Higgs’ work has incorporated existing printed matter in the form of book pages and book covers removed from their original sources and represented as framed artworks. Higgs considers his text works – which typically consist of the framed title pages of books –to be a form of “found conceptual art.” Higgs’ gesture consists only of sourcing, removing and then framing the selected pages. His book cover works – which feature non-representational graphic designs - he considers to be a form of “found abstract art.” Alongside these work Higgs will present a group of recent ‘Reading Paintings’ – monochromatic canvases with existing publications attached to them by a wire, which the viewer is encouraged to read. The ‘Reading Paintings’ operate as vehicles for the artist to present - and share - his enthusiasms, where the act of reading intersects with the act of looking.

Matthew Higgs is an artist and curator currently based in New York. Recent exhibitions include a twoperson exhibition with Ian Wallace (The Apartment, Vancouver 2014), and a series of four exhibitions with Margaret Lee (inc. Murray Guy, New York 2013, and Green Gallery, Milwaukee, 2012.) He previously had exhibitions at Wilkinson in 2008, 2002, 1999, 1997 (with Chris Ofili), and 1996 (with Peter Doig).

Clive Hodsgon is an artist based in London. He has exhibited his work extensively since the 1980s. Recent exhibitions include solo exhibitions at White Columns, New York, 2014; and at Carlton Place, Glasgow, 2012. His work was recently included in group exhibitions at The Approach, London and Timothy Taylor Gallery, London.
www.amandawilkinsongallery.com