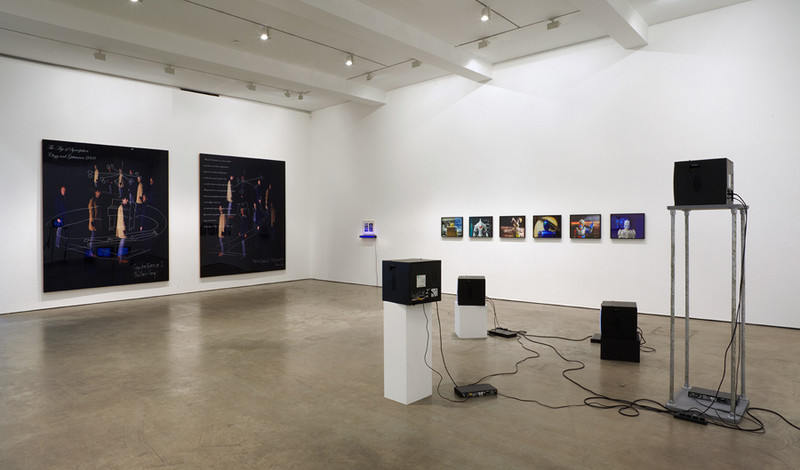 On 8 August 2013 Jonathan Lahey Dronsfield will present a performative reading responding to Chen Tong’s insistence that ‘narrative becomes inevitable’, focusing on the work of Robbe-Grillet and Beckett.

Dronsfield is an academic and writer. He holds a teaching position at Reading University in the Theory and Philosophy of Art. He comes from a post-phenomenological background in continental philosophy, focused on the writings, in particular, of Heidegger and Derrida, as well as those of Rancière, Nancy, Deleuze, Levinas, Nietzsche and Kant. Dronsfield’s work explores the relationship between text and aesthetics and attempts to break down the distinction between literature and art.

Librairie Borges Institut d’Art Contemporain (LBICA) is a private cultural institution in Guangzhou, China, founded by Chen Tong in 2007 and linked to the Librairie Borges established by Tong in 1994. It presents artistic creations by literary means, and literary works by artistic processes. And it publishes French literature in translation, in two genres: a ‘collection d’Art expérimental’, and the catalogue of the French publishing house Minuit. It is the latter that features in Where Narrative Stops. In particular LBICA translates the literary works of Alain Robbe-Grillet and Samuel Beckett, many of which are presented here.
www.amandawilkinsongallery.com