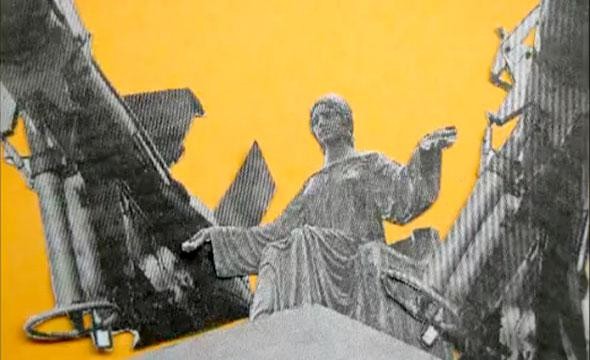 Analía Amaya
Born in Matanzas, Cuba, Analía Amaya lives and works in Santiago, Chile. Amaya graduated in 2004 from the Instituto Superior de Arte in Havana. She has been awarded the 2005 National Prize of Curatorship by Havana's National Council of Plastic Arts and first prize (audiovisual) in the VIII Salon of Digital Art, Centro Cultural Pablo de la Torriente Brau, Havana (2006). Amaya is a member of the UNEAC (National Union of Writers and Artists of Cuba), and has had work included in numerous international solo and group exhibitions that include Contemporary Art Ruhr, Festival of Contemporary Art in Essen, Germany (2010), the New England Festival of Ibero American Cinema in Providence, Rhode Island (2010), Making Connections: Contemporary Cuban Printmakers, Laconia Gallery in Boston, Massachusetts (2009), and the 2nd International Festival of Video Art in Camaguey, Cuba (2009), among others.

Adonis Flores
Adonis Flores is a multidisciplinary artist born in Sancti Spiritu, Cuba, and currently living in Havana. After studying in a military school and being sent to Angola to complete his military service in 1989, he entered the Universidad Central de Las Villas, Cuba, in 1992, and graduated as an architect in 1997. He has presented solo exhibitions including Memorial in 2010, Deeper Touch in 2009 and Cannon Fodder in 2007, all in Havana; Camouflages in Montreal, Canada (2008) and Mexico DF, Mexico (2007); and performed in Cuba, Canada, Colombia and United Kingdom. Group shows he has participated in are Complement Polarity, at Newcomb Art Gallery and New Orleans Museum of Art, New Orleans, Louisiana, USA, 2010; Camouflages at Casa Encendida, Madrid, Spain, 2009; VIVA! Art Action, Performance Art Festival, Montreal, Canada, 2009; Fotologia 6, International Festival of Photography, Bogota, Colombia, 2008, among other exhibitions and internationals fairs and festivals. His works are included in the collections of the National Museum of Fine Arts in Cuba and the Gilbert Brownstone Foundation in France.

Glenda León
Glenda León graduated with a degree in Art History from the Havana University in 1999, and received her masters degree in New Media Arts at the Academy of Media Arts in Cologne, Germany in 2007. She is currently based in Havana and Madrid. León has received the National Council of Visual Arts of The Cuban Ministry of Culture’s National Curatorship Award, and the UNESCO Art Award at the 7th Havana Biennial Exhibition. She has been an artist in residence at various international institutions. Her works in the collections of the National Museum of Fine Arts, Havana; George Pompidou Center, Paris; Rhode Island School of Design Museum; Museum of Fine Arts, Houston, among others.