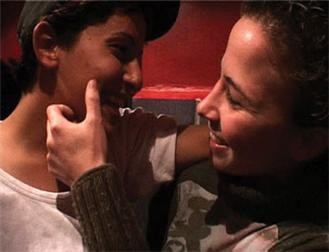 For the CrossFade Video Lounge from January 13 through March 27, 2011, YBCA presents a compilation of nine videos that focus on the Middle East, each accompanied by a brief commentary. They comprise Volume 14 of ASPECT: The Chronicle of New Media Art, a magazine in a DVD format. Volume 14: Middle East explores a region so culturally conflicted that the very term 'Middle East' is disputed as a holdover from colonialism. With perspectives from both inside and outside the region, this compilation includes documentaries, experimental live action and animation videos. They focus on a range of topics including political, religious, and social dissent, as well as linguistics, food, ritual, media, power, humor, and beauty.