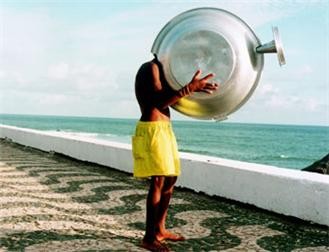 When Lives Become Form: Contemporary Brazilian Art, 1960s to the Present, organized by the Museum of Contemporary Art Tokyo, features Brazil’s creative vitality through the works of artists, fashion designers and architects. In the 1960s, an artistic movement arose in Brazil, Tropicália, which celebrated the “originality of the culture of people who live in the tropics.” Tropicália sought to escape the shadow of the West and create a uniquely Brazilian art culture. Its central figure, Hélio Oiticica, took inspiration from Brazilian favelas, “a product of fantastic improvisation in creating a ‘vital place’ for communicating not form so much as joy.” Oiticica’s thinking has lived on continuously in many artists since that time. Such artists have attempted to reinterpret the local vernacular with reference to the context of global culture through their observations of everyday life.

Curator: When Lives Become Form was originally organized by the Museum of Contemporary Art Tokyo and curated by Yuko Hasegawa.
www.ybca.org