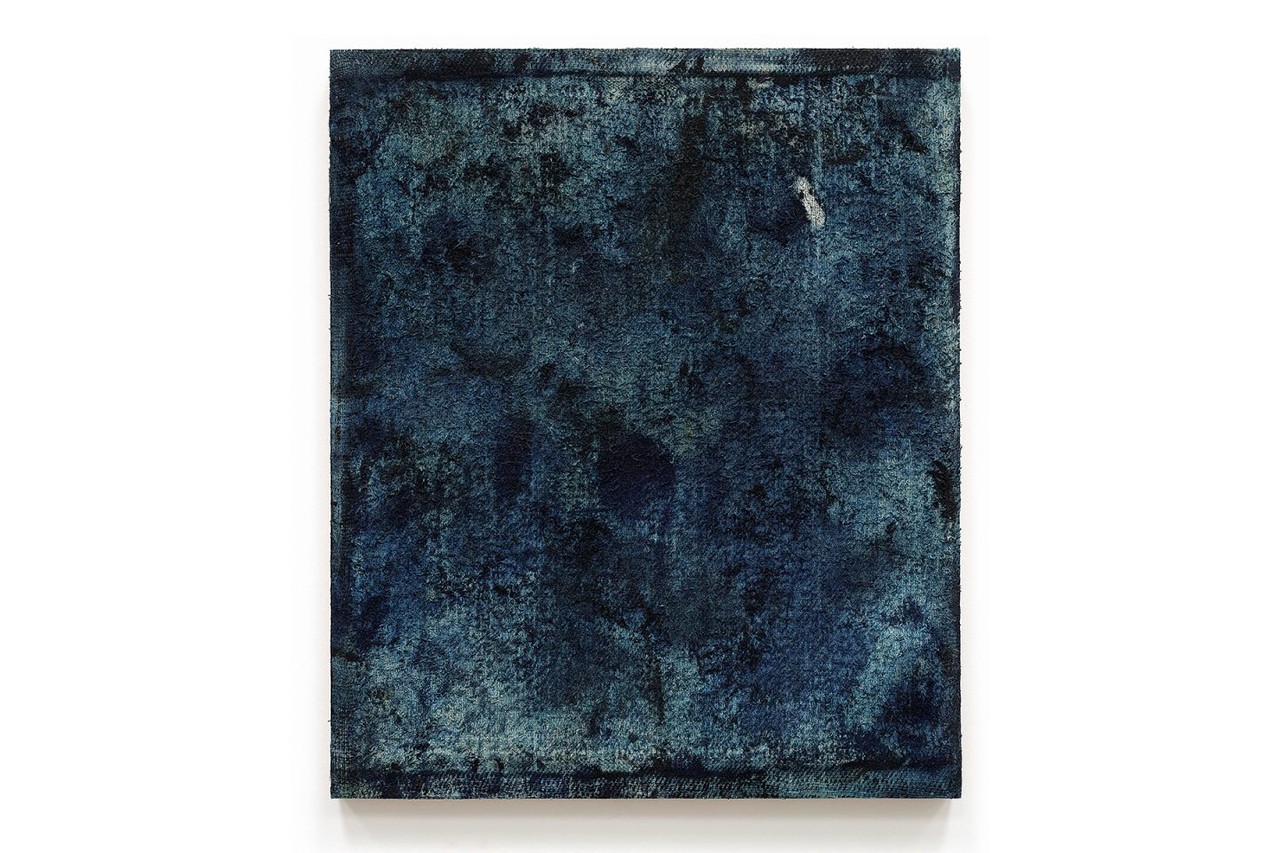 Yishai Jusidman, a Mexican artist of Jewish heritage currently working in Los Angeles, explores the history of paint and painting and presents them through a contemporary lens.

Yishai Jusidman’s Prussian Blue is a series of paintings rendered almost exclusively in one of the earliest artificially developed pigments used by European painters—Prussian Blue. The chemical compound that makes up this pigment happens to be related to the Prussic acid in Zyklon B, the poisonous product deployed at some of the Nazi concentration and extermination camps. By a strange turn, traces of the pigment remain to this day in the walls of the gas chambers. Such stains are quiet, disturbing, and palpable reminders which Jusidman’s paintings re-engage with a profound effect.