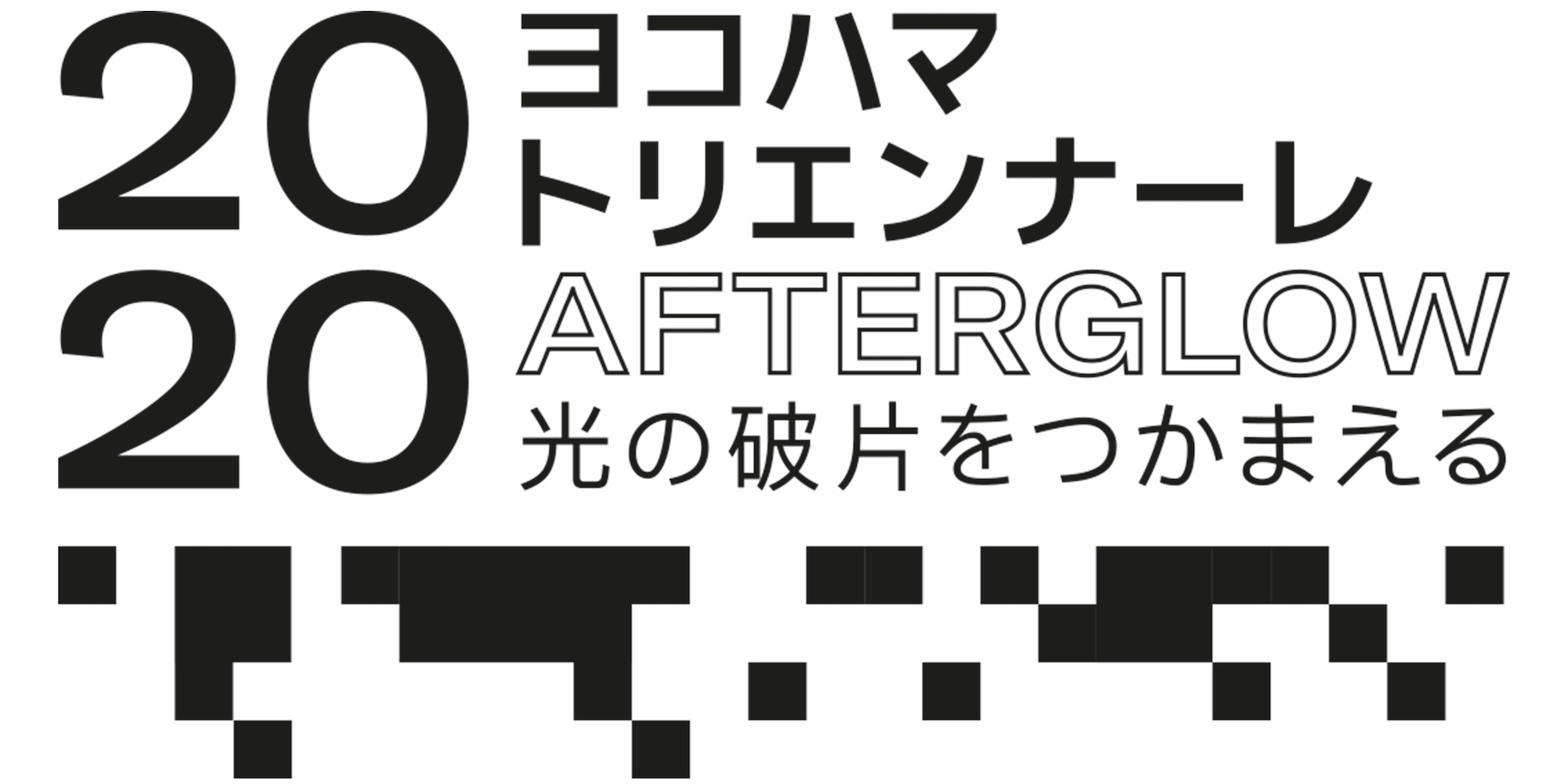 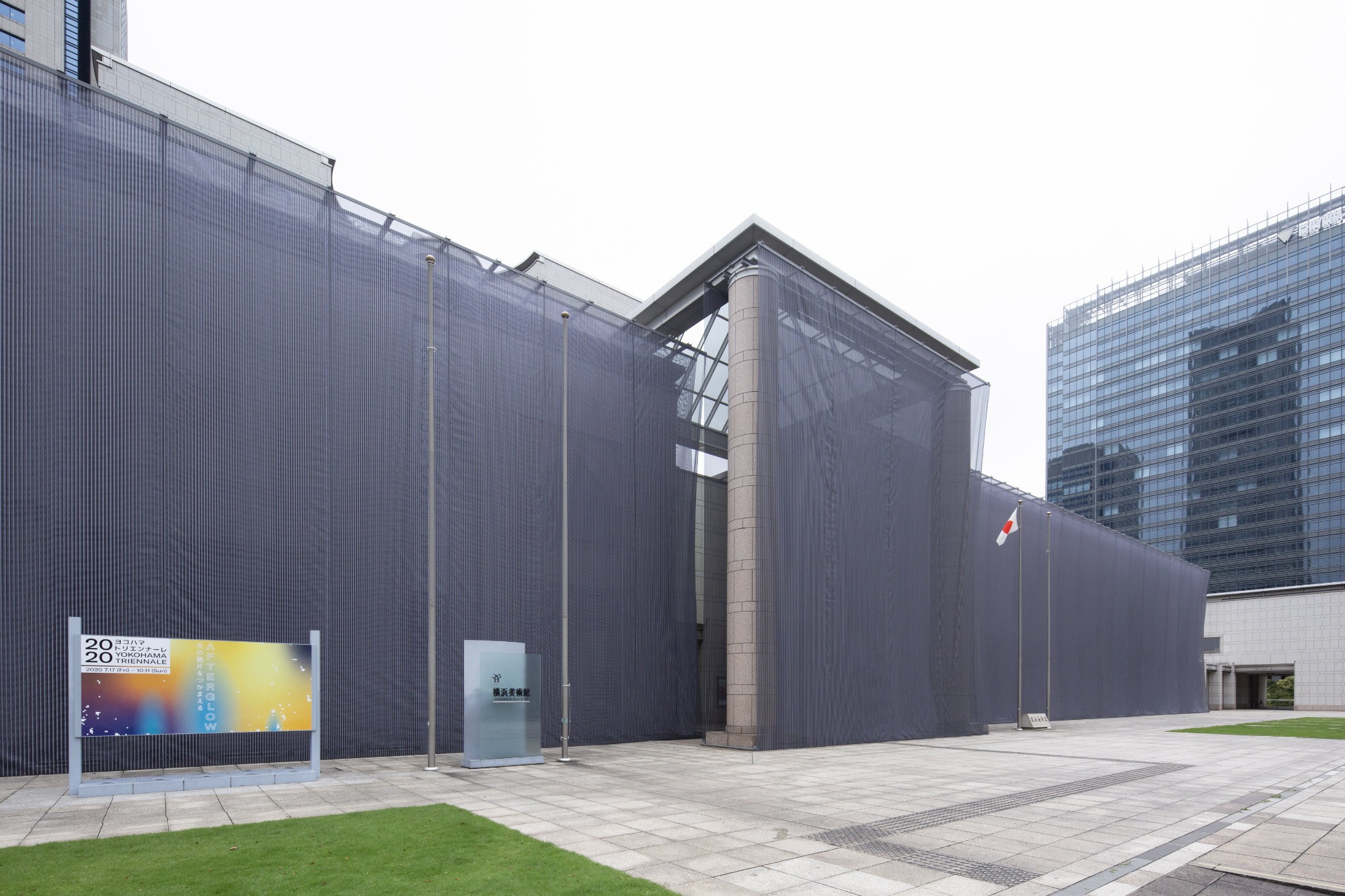 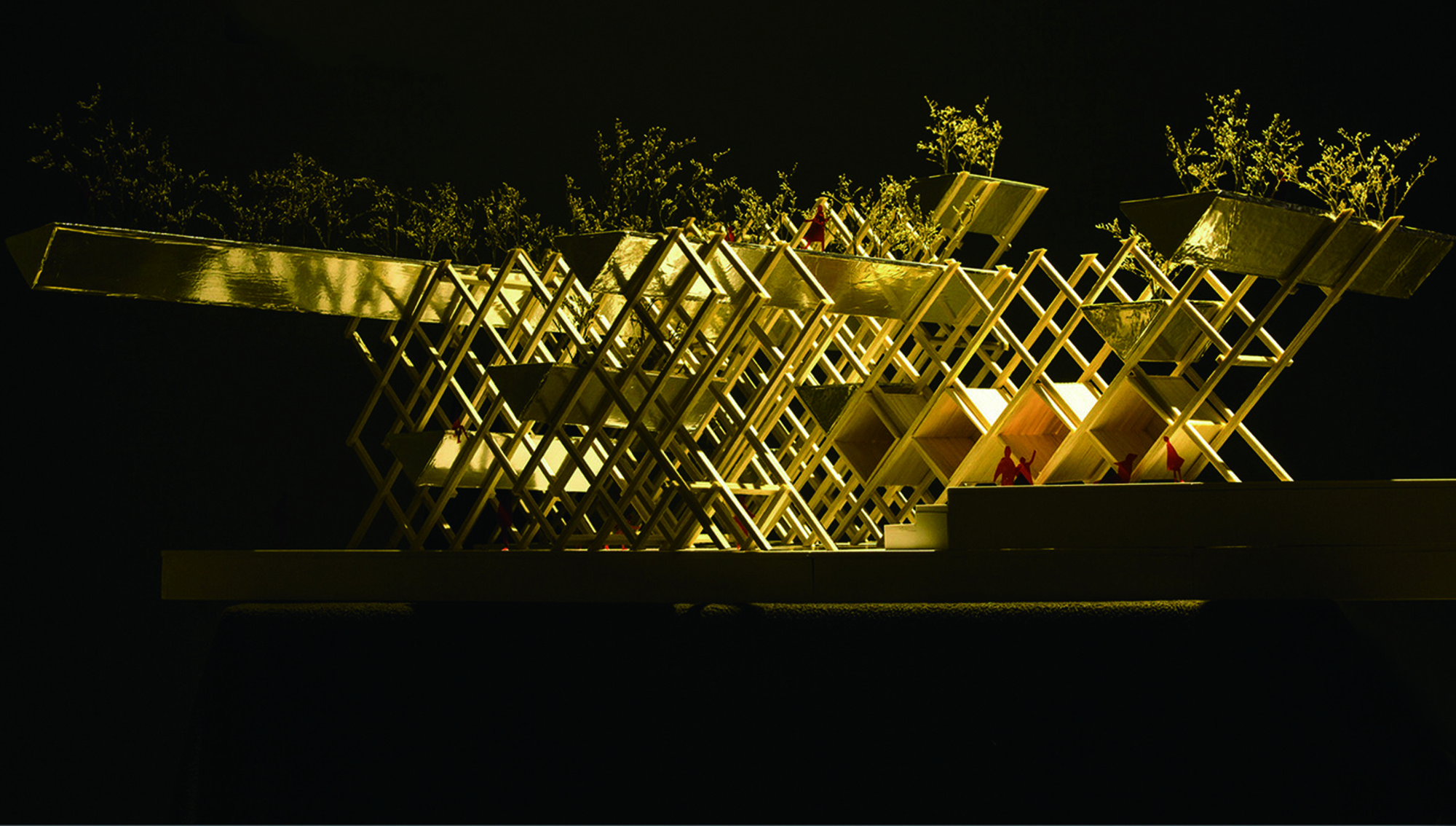 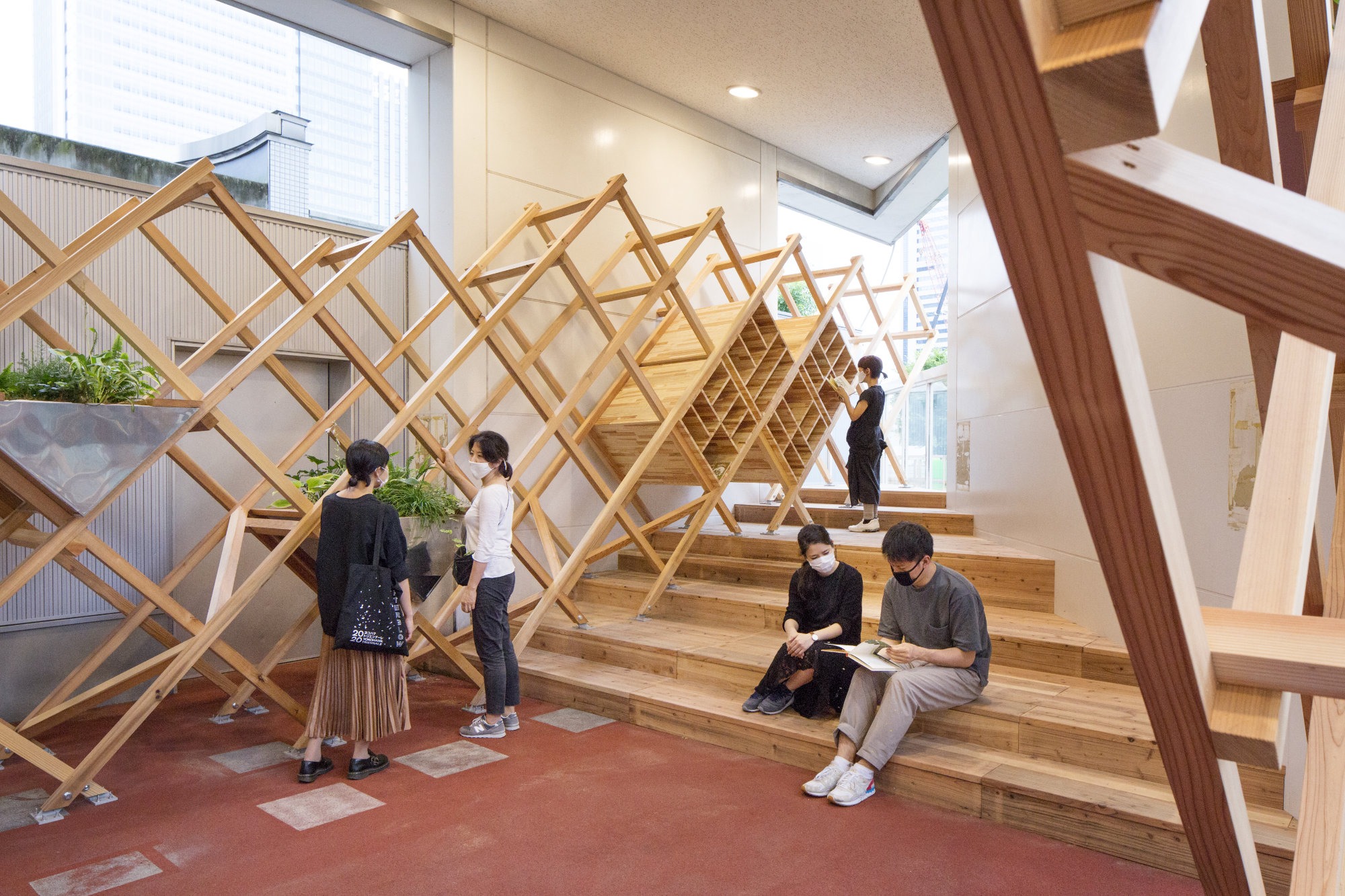 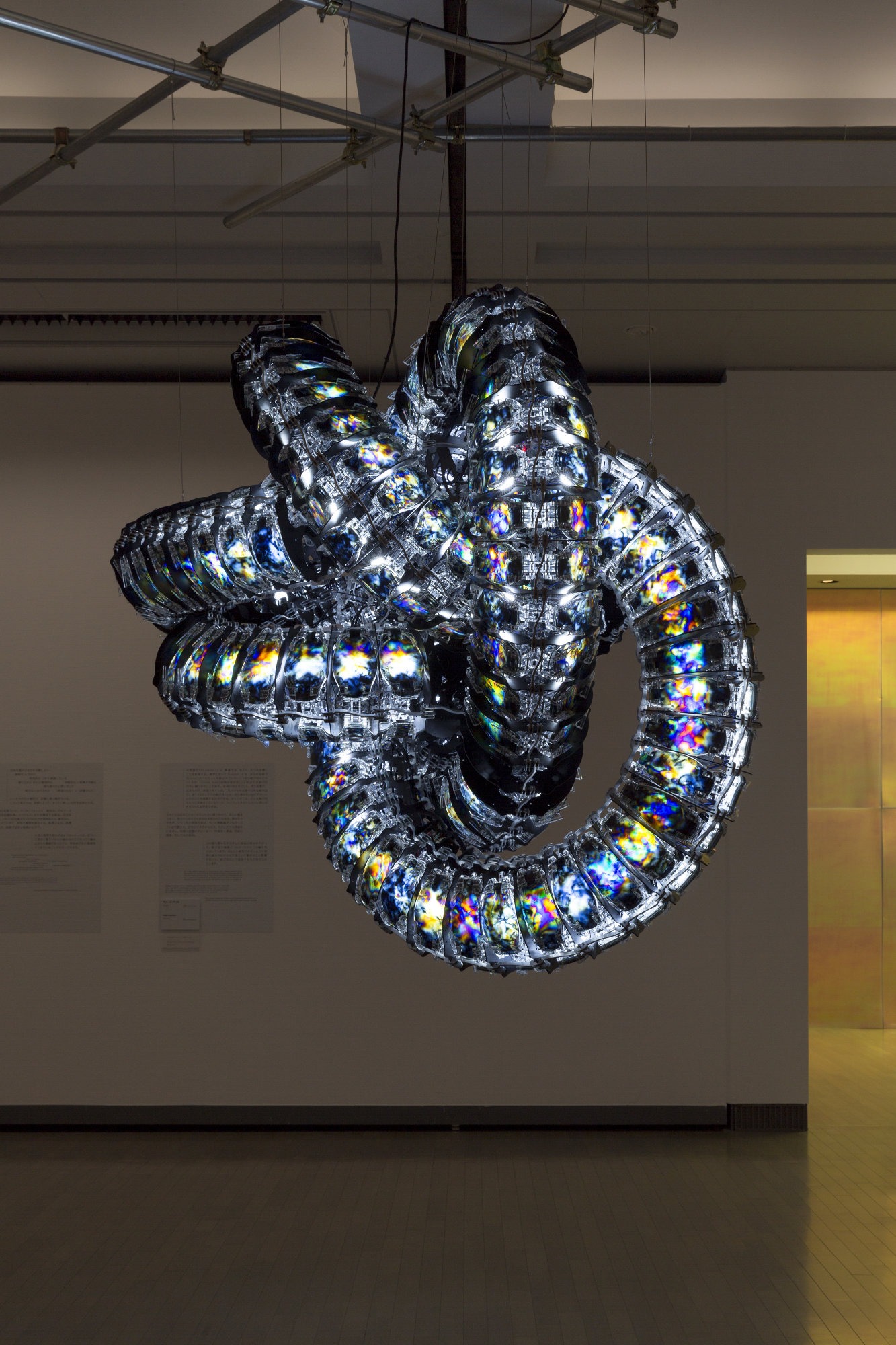 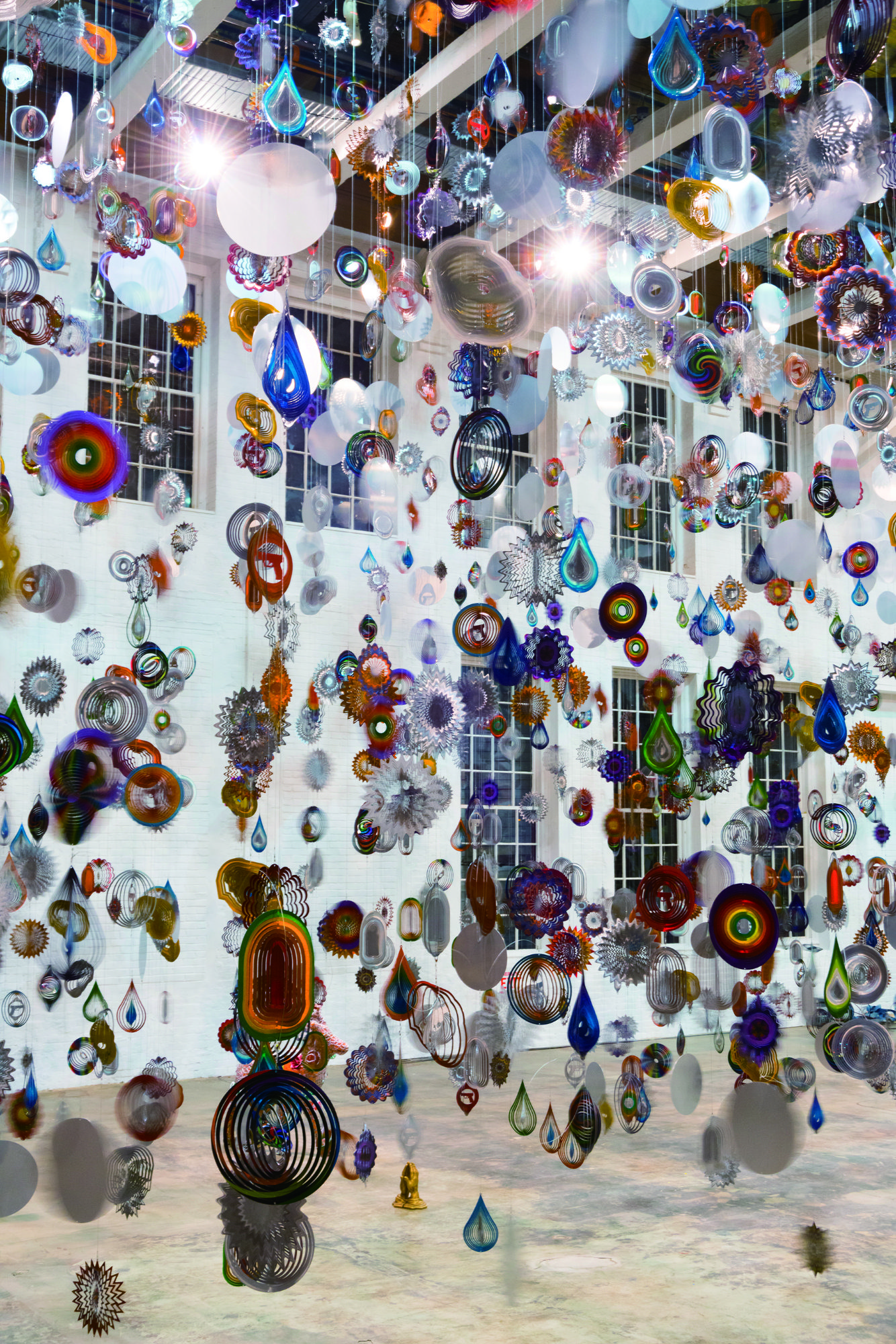 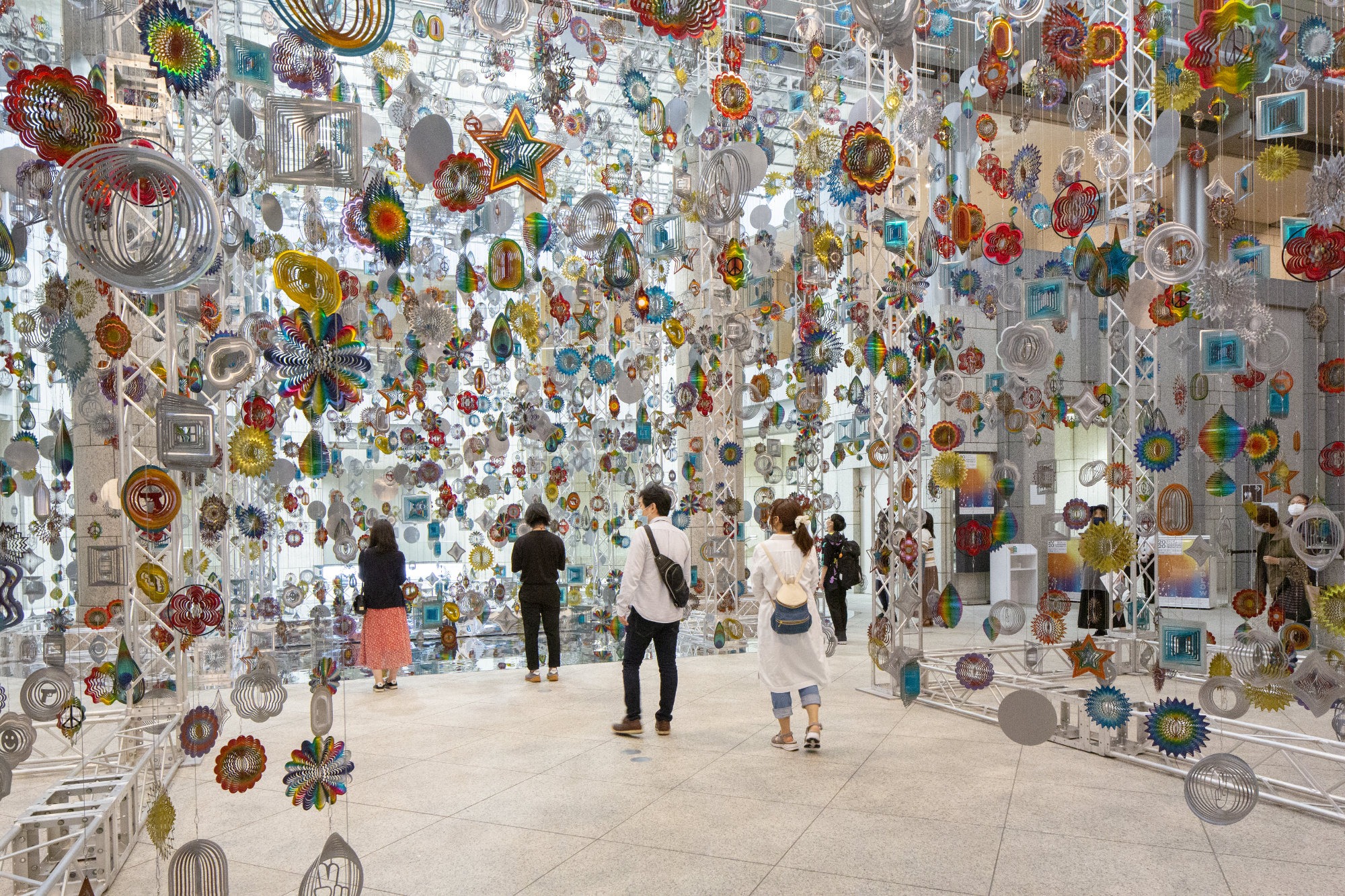 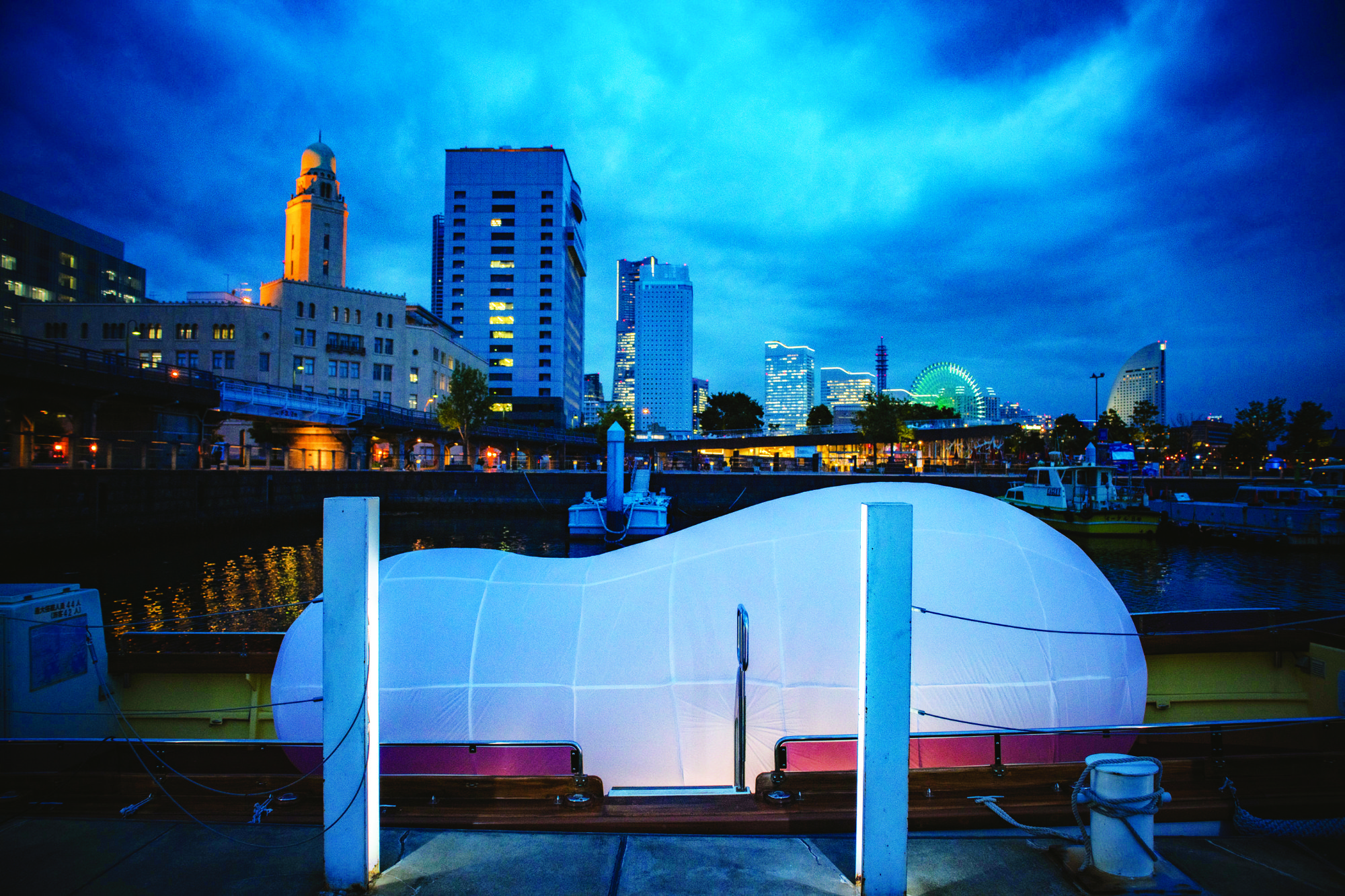 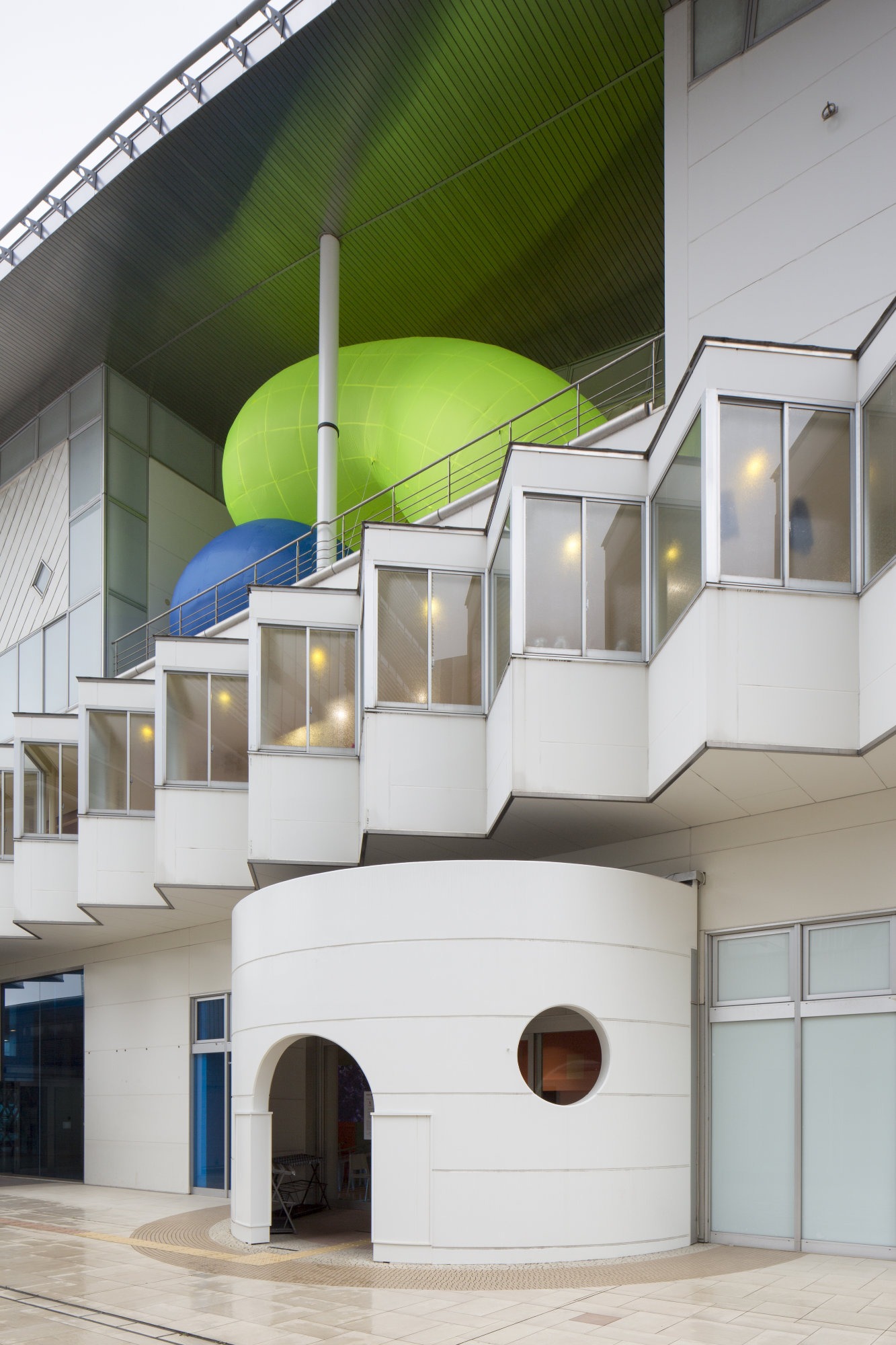 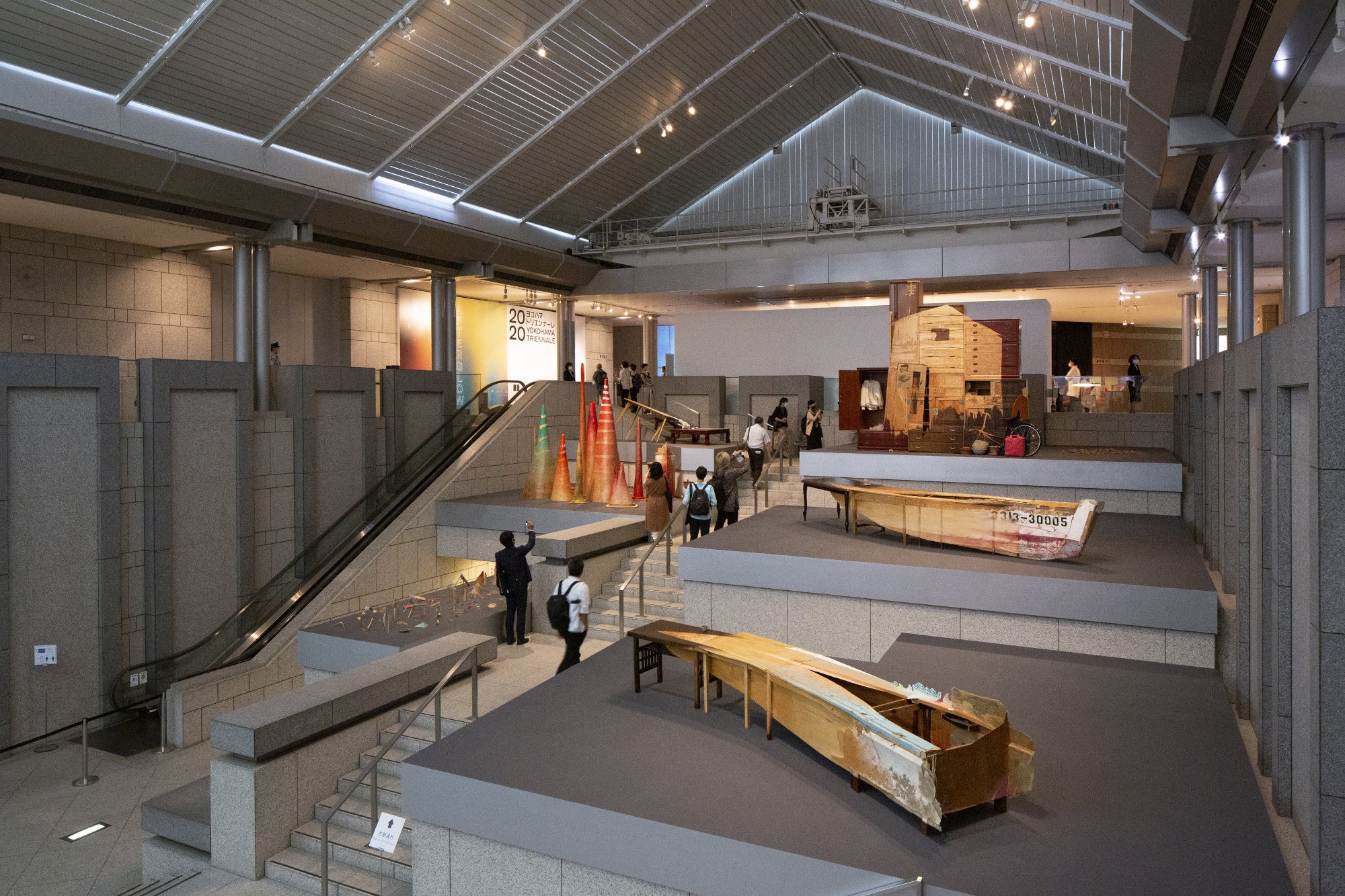 The Yokohama Triennale, an international contemporary art exhibition, has been held every three years since 2001, introducing the new concepts and ideas that are shaping culture through a broad range of works by international established and emerging artists, Here, Yokohama engages with the world and contributes to the exchange of ideas and understanding.

The title of Yokohama Triennale 2020 is “AFTERGLOW,” a word chosen by Raqs Media Collective to reference how, in our everyday lives, we unknowingly experience the residues of light sparked at the beginning of our time, as in the case of how the “white noise” on our analog televisions included fragments of cosmic microwave background radiation left over from the cosmic Big Bang. By referring to the Big Bang’s destructive energy that propelled creativity and over time, gave birth to life on this planet, and its radiation that is toxic as well as therapeutic, Raqs Media Collective takes interest in the cycle of destruction/toxicity and recovery/care in the human activities of the contemporary age. Together with the artists, audience, and others, Raqs Media Collective will explore ways to co-exist with toxicity for human sustenance and survival in this world in flux, rather than eliminate it.

“AFTERGLOW” will consist of both an exhibition, and “Episōdos,” or a series of events that illuminate moments of deliberation. The“Episōdos” will begin in November 2019 in Yokohama, prior to the exhibition that opens in July 2020, and unfold in locations both inside and outside of Japan. In addition, Raqs Media Collective will share its sources for its deliberation through a Sourcebook , to expand its views and visions toward the world at large.

The Organizing Committee for Yokohama Triennale

From the artistic director:

A luminous interval, a glowing anticipation, a lambent flow, a charged current of energy between thickets of presence and becoming

The milieus that emerge with a Triennale are an invitation to a migration of concerns, hibernating or urgent, from distinct and diverse locations. They then stand re-aligned and re-drawn, suspended in co-presence. We commenced our own crossing, leading to this edition of the Yokohama Triennale, about two years ago, with questions about care, about care with toxicity, about care and friendship, about luminosity within friendship, and about cosmologies of luminance. We shared these sources, not only with the artists but also the world in Episōdo 00.

Meanwhile, in the course of a few months, a tiny virus, an un-living being, emerged, upending assumptions and assigning a task to the entire species. For the first time in human history we, all the billions from all parts of the world, have to undertake — in awareness of each other — the re-making of forms of life. It has brought to the foreground the necessity of re-apprehending the world.

We are now in the afterglow of an unfamiliar, viral, and partly unreadable time, and are without familiar protocols. Alone, and collectively, we have to navigate the oscillation of scales, quickened by the alteration in familiar rules. We are now immersed in a turbulent flow whose pressure rides through us all.

The Afterglow is also a site: it is this exhibition where you walk through deliberations with artists, activating an auto-didactic impulse for the sensing and making of the spectrum that arches from our inner to our cosmic worlds. Autodidacts learn and un-learn everything. If necessary, they need to become misfits in relation to all that is given and taken for granted, because when all the functions and instructions that are written into the manual for fixing a world can’t be fixed, they must be altered.

The Afterglow is also an infrastructure of relationships, of precepts and affects, of an ability to see and narrate the world with patience and wonderment. This scaffolding helps us sense tremors and fault lines, breakdowns and breakthroughs in the pulsations of life. These capacities are necessary to access sources within us, which may sometimes be hidden in the reservoirs of our common life, of our connected and contiguous landscapes. They help script the forging of bonds, and of affinities and sororities, so as to change the rules of the game.

In the Sourcebook (2019) to Afterglow, we had shared an amazement, which we would like you to feel again:

“Life, the universe, the world, and the time of each day disintegrates and gets re-constituted through innumerable acts, incrementally rebuilding through luminous care. Broken minutes are mended in the afterglow of time’s toxic debris.
Life is a luminous autodidact.”

In this Afterglow, we welcome you.

A name holds so much within it. After all, it evokes scenarios, it conjures the known and the unknown, it draws affinities, it gestures to affections, and it has to travel in time.

A name takes time, and asks for time. In a milieu that challenges our abilities and capacities to be together, the Triennale needed a name that could permeate everywhere, and yet not become a sole force muddying the multiple and diverse presences brought into the Triennale process. With the post-thematic move that this Triennale is working with, and with its attempts to bring in artists and publics into an encounter that is premised on unpredictable discoveries, surprises and discernment, we, Raqs, wanted a name that was low on determinacy but was full of living effervescence — with all it’s joys, charms, hazards, and mysteries.

With this in mind we proposed the title “Afterglow” a luminous interval, a glowing anticipation, a lambent flow, a charged current of energy between thickets of presence and becoming.

“Afterglow” invites you to be in proximity to the radiant, fluctuating glow of probes and premonitions, blending anticipation and projection with the calmness of rumination and the pugnacity of assertion. It invites you to lose your inhibitions, and find a vivid joy that can come with meeting the unfamiliar.

Here art plays whimsical and yet disorienting sport; it intimates a playful ease with the growing recognition of non-humans; it recalls histories of collective will and individual obstinacy; it observes variations of known forces, and it draws us closer to confront the fear of the toxic.

Sometimes it invites us to be inside the aura of an explosion; somewhere it is the bioluminescent semaphore that signals life in the depths of the ocean; elsewhere it is the radiance of friendship, the glow of care, or the sparkle of sentience in the eyes of an autodidact.

Imagine the Yokohama Museum of Art, and the Plot 48 as ‘thicket hosts’: temporary shelters for the biological diversity of the mind and the imagination. In these times, when we have begun to learn a new vocabulary of ‘social distance’, think of a thicket — the very opposite of the exclusionary principle that a pandemic unleashes. It brings to mind an image of density, immersion, and entanglement. It is also interesting to think about the state of alertness the mind enters into while navigating a thicket. It slows the experience of time. A transformed experience of time can bring forth a form of compassion that is as caring as it is contagious — where contact, and a state of awareness about being in contact, is the key to a return to safety, without the fear of banishment of the contagious. It is welcoming of different forms and propensities of life.

This edition — Yokohama Triennale 2020 — is deliberately hospitable to the diverse currents of our diverse world. From it’s very first moment it will cajole people to see the world as made of liquid states, dissolving and blurring our hold on fixed certainties, making edges dance as centers, where wilderness is not opposed to civilization, and where there is a defiance to the assumed insularity of cultural ethics.

“Afterglow” presents works that turn space into complex diagrams of thought and feeling. It comes into close contact with the ancient, rubbing against time to discern untested futures. It reconstructs objects of wonder by piecing together the broken shards of archaeological remains. It blooms like a giant flower in an alien greenhouse. It finds desire for life in its search for immortality, and enjoins incommensurable cosmologies. It locates resources for difficult love in an abandoned hospital, even as it wonders on the eroticism of flora and fauna.

We promise, along with our artists and companions, that in navigating this thicket of clamor and silence, acceleration and detour, the experience of time will be altered. The ticket to this thicket is an invitation to a shared time of alertness to minor notes, along with a reverie in populous folds of time.

It finds a way to glow at dense currents, bearing its own light.

“Afterglow” lights up an awareness of what it means to keep making art in the twenty-first century.