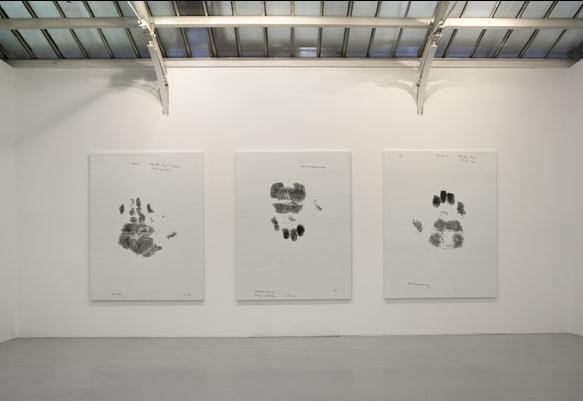 Yvon Lambert Paris is happy to announce the exhibitions of Jenny Holzer and
Louise Lawler from March 10th to April 14th, 2007. On this occasion, these two American artists present affiliated and resonating works.

For many years, Jenny Holzer has distinguished herself with her powerful command of language. In this exhibition, Holzer presents a series of recent paintings of declassified government documents, which trace the post-September 11th landscape. Her new work represents the ongoing debate on operations of the American government, namely prisoner abuse and related tragedies in Iraq, Afghanistan, and Guantanamo Bay. Internal mail, letters, and reports made available to the public through the Freedom of Information Act form the body of material displayed. In their presentation, however, the artist assumes no ideological stance. In the exhibition, Holzer uncovers the relationship between disclosure and concealment, lighting the past and present through the display of visually arresting work.

Since 1978, Louise Lawler has played the part of pioneer in questioning the relationship between a work of art, it’s place in an exposition, and the creative process. At the heart of this exposition is a group of six photographs that relays different inquiries into the Iraqis killed during the war. By engaging documents and visual arrangements taken from different media, she raises a reflection, one that is usually hidden from sight, on the worth of the system at the source of these documents. In this way, from her work follows an eminently political reflection on the role of information in a world context.
This reflection is brought to light through the vantage point of the titles of these works as it is in direct relationship with current political events in Iraq.