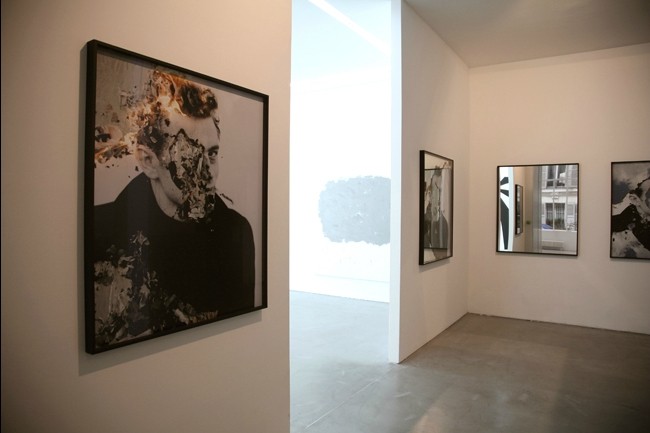 “Decadence is the grand moment where a civilisation becomes exquisite.”
Jean Cocteau

The notion of decadence doesn't appear to be a straightforward one, capable to define the state of a society. Instead, it takes us back to Ancient Rome, to the ruins; it evokes a sense of downfall and brings up sentiments of decay and suffocation that spring from the observation of the world's decline. What seems to be common to most empires in decadence (in full apotheosis of the artifice) is a loss of the sense of the real in favour of formal rules that end up serving as new reality.
“The evils by which we die are more specific, more complex, slower, sometimes more difficult to discover or to define. But we have learned to recognize this gigantism which is merely the morbid imitation of growth; this waste which feigns the existence of a wealth which we don't have any more; this plethora so quickly replaced by dearth at the first crisis; [...]; this atmosphere of inertia and panic, of authoritarianism and of anarchy; those pompous reaffirmations of a great past amid present mediocrity and immediate disorder; those reforms which are merely palliatives and those outbursts of virtue which manifest themselves only in purges; that sensationalism that ends up expediting the worst politics; those unacknowledged men of genius lost in the crowd of unscrupulous gangsters, of violent lunatics, of honest men who are inept and wise men who are helpless.”Marguerite Yourcenar, Faces of History in the Historia Augusta, Mount Desert Island, 1958
Yourcenar's depiction of decadence resonates with true current relevance. In such a period of difficulties and incertitudes our world seems to amplify the perception of decadence. There's hardly a day without media scandals, without polemics or moralising invectives. Apocalypse? Our world relies on strong doubts and profound questionings: Wherefore are we heading? A downfall?
It would appear that in our time there's no society that's decadent, but that there's decadence lingering in society instead. It's through the prism of politics and social issues that the Yvon Lambert Gallery presents a group exhibition titled Decadence. For this occasion five artists - Gardar Eide Einarsson, Douglas Gordon, Loris Gréaud, Francesco Vezzoli and Cerith Wyn Evans – are showing new productions or earlier pieces which echo the words of Marguerite Yourcenar.
The MMK Frankfurt currently holds a retrospective of Douglas Gordon which runs until March 25, 2012. Francesco Vezzoli has recently been working with Miuccia Prada for the new space of the Prada Foundation at the Ca Corner della Regina in Venice.
www.yvon-lambert.com