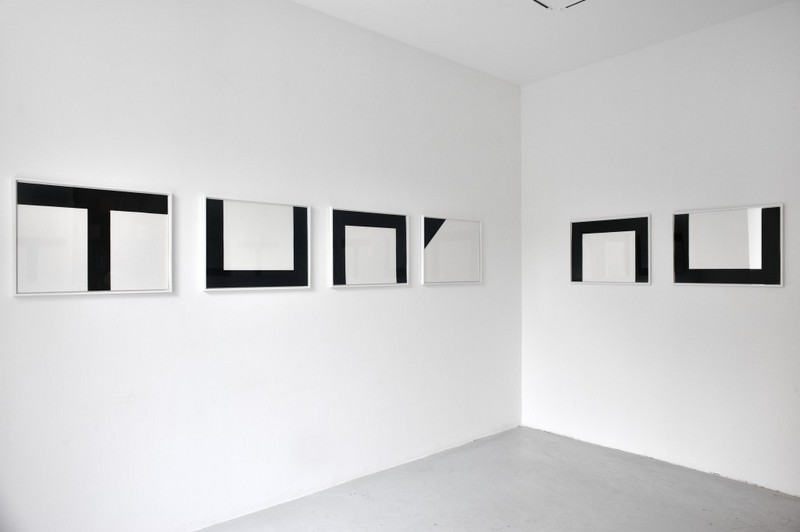 Yvon Lambert is pleased to announce Olivier Mosset’s exhibition TU M’, MUTT, TUTU., which will be held in the section On Paper from April 26th to May 31st. With this serie of paintings, Oliver Mosset discretely pays homage to the artist Marcel Duchamp.

Since the late 60’s, Olivier Mosset has maintained the aim of deconstructing painting. According to the artist, painting appears as an autonomous «objet-peinture» (object-painting), which articulates itself only with in formal structures. By working on colors and specific forms - determined by the idea of the painting per se -, Olivier Mosset situates these formal elements in a meaning of absolute literality. Placing the abstraction beyond any relation to the image, Olivier Mosset treats the «objet-peinture» as an assisted «ready-made» and demonstrates that the positions of Paul Cézanne and Marcel Duchamp don’t exclude, but rather complete each other. As a matter of fact, the truth of the painting in Olivier Mosset’s work doesn’t reside in an expectation of representation, but in the relation generated by the spectators.

Olivier Mosset was born in Bern in 1944. He lives and works in Tucson, Arizona. Together with Daniel Buren, Michel Parmentier and Niele Toroni he founded the group BMPT in 1967. This experience became apparent in three important events, two of them in the Musée d’Art Moderne de la ville de Paris and one at the Musée des Arts Décoratifs. This young group of painters claimed the starting point of painting, namely of an existing painting per se.