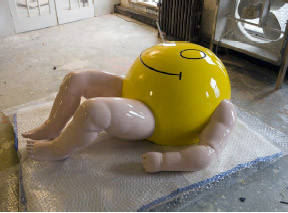 New York, May 28th, 2008: Yvon Lambert New York is pleased to announce the exhibition The Stranger including sculptures by:

“As if that blind rage had washed me clean, rid me of hope; for the first time, in that night alive with signs and stars, I opened myself to the gentle indifference of the world. Finding it so much like myself – so like a brother, really – I felt that I had been happy and that I was happy again. For everything to be consummated, for me to feel less alone, I had only to wish that there be a large crowd of spectators the day of my execution and that they greet me with the cries of hate.”