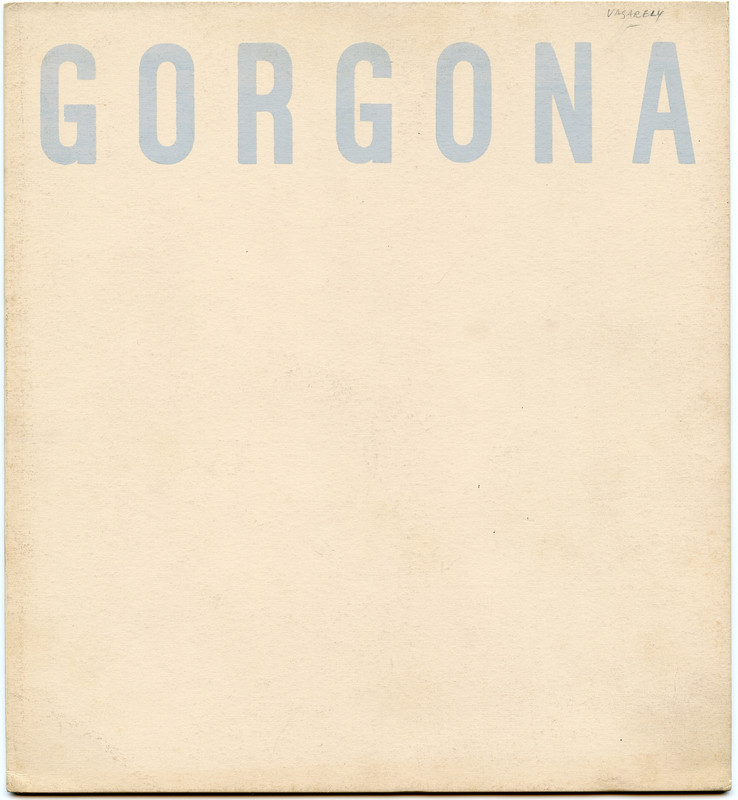 Gorgona anti-magazine no. 4, 1961, Vasarely
"In 1961, Gorgona fled from the then powerful communism into the irrational, the incomprehensible. The inactivity of Gorgona was noticeable. Several young people whose mutual affection was the decisive connective factor met occasionally. Gorgona did not have any messages! It was a particular type of activity, auto-ironic, affording a feeling of being unusual. Perhaps it brought something new; perhaps it only resolved its life problems, feelings of being hemmed in. Perhaps it left nothing behind apart from friendship and spiritual closeness."
Josip Vaništa

ZAK | BRANICKA is delighted to present the first exhibition by the proto-conceptual Zagreb-based group Gorgona that unrealised itself between 1959 and 1966.

Josip Vaništa (1924), Julije Knifer (1924-2004), Radoslav Putar (1929-1994), Marijan Jevšovar (1922-1998), Dimitrije Basicevic Mangelos (1921-1987), Matko Meštrovic; (1933), Ivan Kožaric; (1921), Duro Seder (1927) and Miljenko Horvat (1935-2012) occasionally met, talked, corresponded, exchanged “thoughts for the coming months” among themselves, sent one another “homework” and “questionnaires”, went on “inspection tours of the seasons”, organised exhibitions in a glazier’s shop they called “Studio G”, published the anti-magazine Gorgona, arranged themselves, performed group- and auto-choreographed movements, set up, posed and photographed. All of the above was permeated with humour, wit and paradox, modelled by taking over the terminology and the form of the society they had isolated themselves from through their activities. Initially, the group name had come from one of the Mangelos’ poems, not the Tuscan Archipelago island, but they later discovered this link and incorporated it into their work. Eliciting productions and collaborations both non-material and material gave the group an outlet to the Post-WWII “universe without purpose” in what Vaništa has concisely described as “something beyond the art of painting”.

The most recognized work by the group is the aforementioned Gorgona anti-magazine, which was published between 1961 and 1966. Aside from designs by group members, Victor Vasarely, Harold Pinter and Dieter Roth also made additional contributions. The first issue by Josep Vaništa was made of nine pages that were each printed with the very same photograph of an empty window display. While the second to last issue consisted only of blank pages, the last issue (both of which were created by Vaništa) was created with only one image on the inside front cover. A total of 11 issues were published; additional concepts by Piero Manzoni or Ivo Gattin (whose idea was to have blank pages pasted together) were prepared but never realised.

The exhibition at ŻAK | BRANICKA gallery seeks to highlight not only the work of Gorgona but also its wide range of collaborative efforts. Contact was established with numerous international artists, who like Gorgona, sought expression through reduced means: Lucio Fontana, Robert Rauschenberg, Piero Manzoni, Piero Dorazio, François Morellet and Enzo Mari. In reference to Yves Klein, for example, Gorgona created a suggestion for the colour “Gorgona’s Black”, which coincided with Klein’s establishment of IKB (International Klein Blue).