Vlatka Horvat | Beside Itself 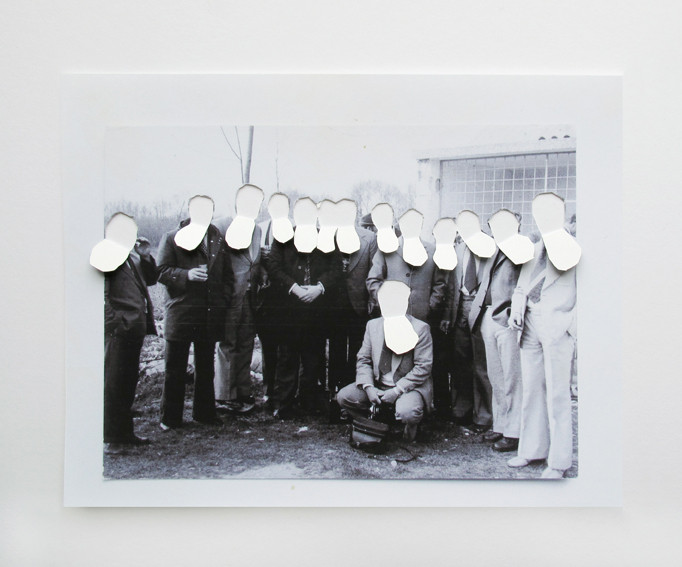 Vlatka Horvat: With the Sky on their shoulders
We are delighted to Vlatka Horvat’s solo exhibtition, entitled Beside Itself , ŻAK | BRANICKA Gallery.

Investigating the politics and poetics of spatial arrangement, order and organization, interpersonal and social relations, Vlatka Horvat’s practice explores the characteristics of interaction between the body, the built environment and the objects that inhabit it. In her collages, photographs and installations, Horvat often places the body in awkward, puzzling and uncanny positions, situating it on the horizon of objecthood – a move which questions the stability of categories and structures through which social and political meaning is made. Whilst the body in Horvat’s work is repeatedly depicted as disjointed and discombobulated, situated between functional and dysfunctional, between subject and object, the space in which it performs its often absurdist and Dadaist operations is itself ‘out of joint’.
Horvat approaches built space and time as series of elements, which can be re-arranged and reconstituted, as though the true nature of both might only become intelligible through the process of unraveling them. In these procedures – which include cutting and severing objects, merging them with other dismantled objects, or intervening in built spaces by emulating elements of architecture using cheap disposable materials such as sponge, cardboard and rubber bands – the space, the objects and bodies it contains (and which produce or contain it), all converge into a puzzling and uncanny field of new special and temporal becomings.

Horvat’s practice is embedded in ludic and often humorous investigations and inversions of the realms of the visible and the hidden, while at the same time pointing to the need to enter into new configurations of (individual, communal) potentiality – past, present and future. The latter especially comes to the fore in a new series of 30 collages, titled With the Sky on Their Shoulders, in which the artist reaches for what lies beneath the surface of her family photographs from the 1960s and 1970s, made in Socialist Yugoslavia, at the time when the idea of solidarity, belief in the future and progress were still at their pinnacle. Horvat’s mode of ‘entering’ these images – all featuring her parents as young adults – through a set of sophisticated (though nonetheless aggressive) formal gestures, suggests an almost infantile attempt of evicting the intergenerational transfer of the sense of loss and disillusionment. Scissoring between the figures or inverting the figures’ inside out in order to penetrate and expose what is beneath the image of the collective optimism is undertaken only to encounter the void, the blank spot of frozen time emerging as a distant sign of the coming fall. Similarly, in the series Up in Arms – for which Horvat uses the same historical photographs as her source material, flipping them this time so as to make their back side the front – the only elements that continue to linger in the liminal space between the surfaces (filled with the tension between the 2- and 3-dimensionality) are the disembodied arms lost somewhere along the complicated journey of temporal parts.

Throughout Horvat’s efforts, that which seem to be predetermined and ‘given’ becomes estranged as she navigates around the borders, edges and the shifting dynamics at work in space and time. The artist’s interventions enacted upon the body, images, space and objects register a sense of repair, survival and recovery in the face of decay, entropy and change, placing at the centre of her inquiry a certain permeability of the physical world, of memory and subjectivity. By operating on the borderline, the artist enters a play of detecting (un)important deviations and (un)intentionally discloses the arbitrariness of categories such as inside and outside, right and wrong (place), past and future, front and back, before and after.