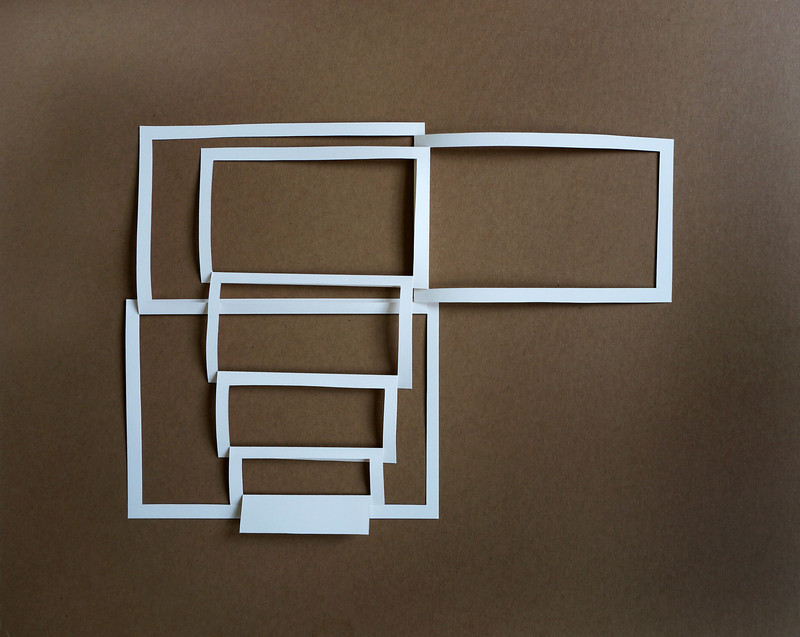 Investigating the politics and poetics of spatial arrangement, order and organization, interpersonal and social relations, Vlatka Horvat’s practice explores the characteristics of interaction between the body, the built environment and the objects that inhabit it. In her collages, photographs and installations, Horvat often places the body in awkward, puzzling and uncanny positions, situating it on the horizon of objecthood – a move which questions the stability of categories and structures through which social and political meaning is made. Whilst the body in Horvat’s work is repeatedly depicted as disjointed and discombobulated, situated between functional and dysfunctional, between subject and object, the space in which it performs its often absurdist and Dadaist operations, is itself ‘out of joint’.
Horvat approaches built space and time as series of elements, which can be re-arranged and reconstituted, as though the true nature of both might only become intelligible through the process of unraveling them. In these procedures, – which include cutting and severing objects, merging them with other dismantled objects, or intervening in built spaces by emulating elements of architecture using cheap disposable materials such as sponge, cardboard and rubber bands –, the space, the objects and bodies it contains, all converge into a puzzling and uncanny field of new special and temporal becomings.

At the centre of the gallery’s main space, Horvat presents a selection of new wall-based collage works The Past is Another Country in which the artist reaches for what lies beneath the surface of her family photographs from the 1960s and 1970s, made in Socialist Yugoslavia, at the time when the idea of solidarity, belief in the future and progress were still at their pinnacle. Horvat’s mode of ‘entering’ these images–all featuring her mother as young adult–through a set of sophisticated, formal gestures, suggests an almost infantile attempt of evicting the intergenerational transfer of the sense of loss and disillusionment. Using a series of cutting and folding gestures, the artist sometimes removes all context and surroundings around the figure, leaving it suspended in the midst of empty frames. At other times Horvat folds the figure outside the edges of the photograph, or outside the edges of the paper itself.
The relation between the sides and the middle similarly comes to the fore in the sculptural work Peripheral Awareness, in which a range of round or tubular objects are placed at the very edges of a table, precariously stopped at the table’s brink, apparently caught at a precipice. The safety of the middle and the stability of the centre are abandoned here for a more precarious space of the edge, and the possibility of the objects “going over the edge” (in both literal and metaphorical sense) hangs in the air. As is the case with Horvat’s collages, in Peripheral Awareness, the safe center also becomes a site of abandonment–evacuated and deserted –while the edges become sites of activity, enlivened with the presence of objects/figures occupying it, but which are displaced and stopped in a precarious balance between stability and the potential fall.

The walls around the sculptural works hold Spread Pages, Horvat’s delicate reworkings of the surface of A4 paper. Here the artist again applies a formally consistent process of cutting and folding their surfaces, expanding them outwards from their one-time boundaries to create a constellation of Moebius-like geometrical conundrums. In this process, basic blank pages are dismantled as solid flat-plane surfaces to become problematic three-dimensional artifacts whose borders, edges, and interior dimensions are constantly an issue. While much of Horvat’s work to date has subjected a human figure to gestures such as cutting and severing, recombining and reconfiguring, here the focus shifts to the reconfiguration of an object, to negotiation and distribution of space itself, to the possibilities of occupying it, and of re-drawings its borders. In the spatial redefinition and literal unpacking of this everyday object–the page–and in the repeated flux/reversal of outside and inside, Spread Pages evokes the social and political movements of territorial expansion and conquest, and the psychological processes of interior revelation and exploration.