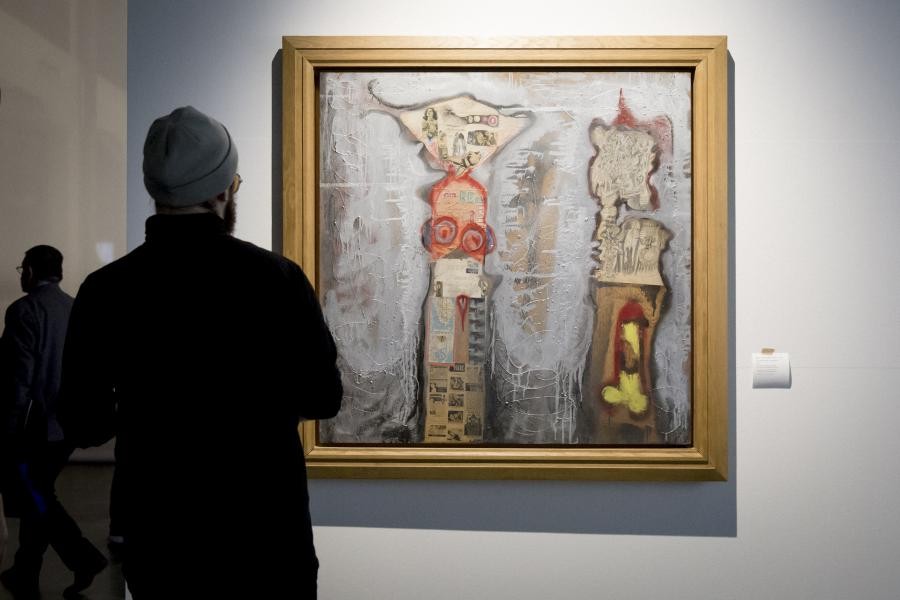 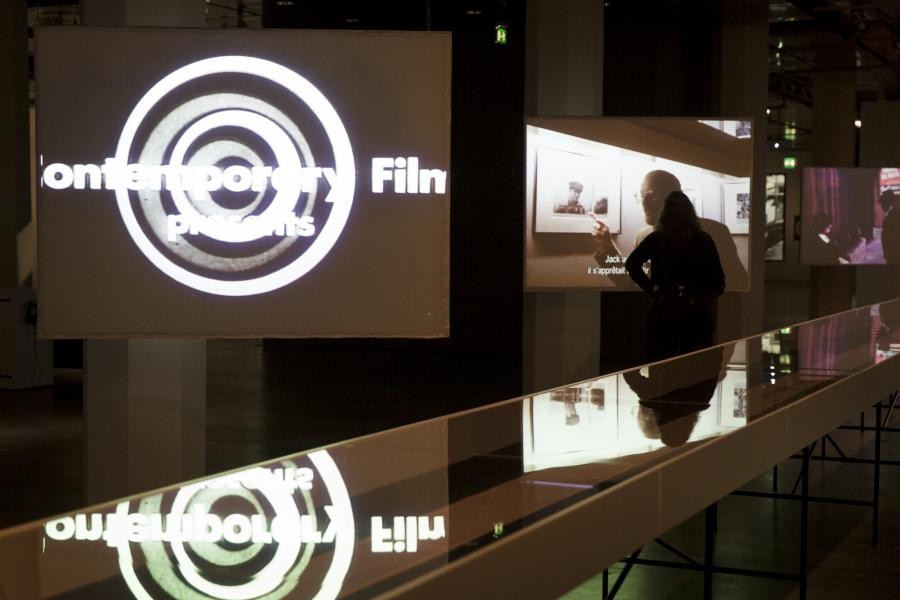 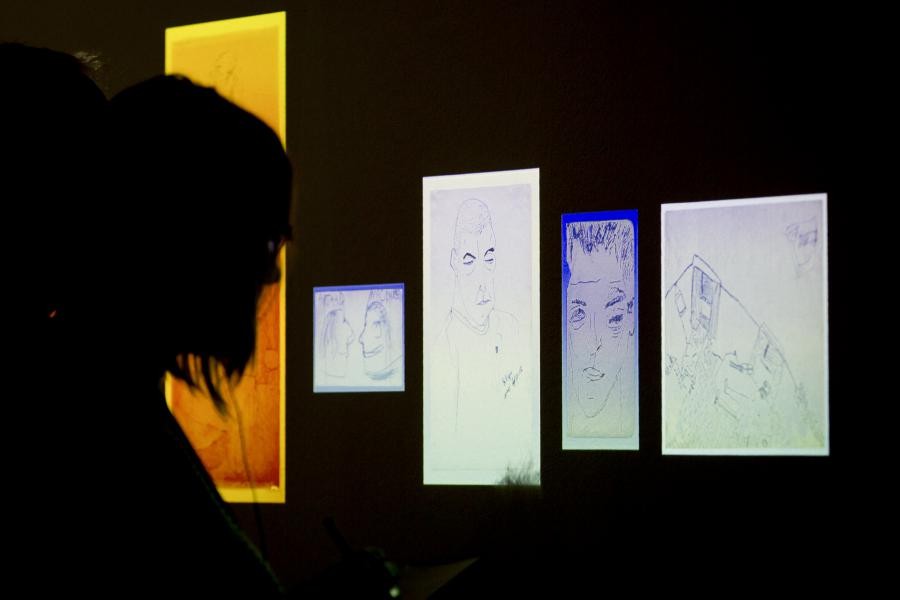 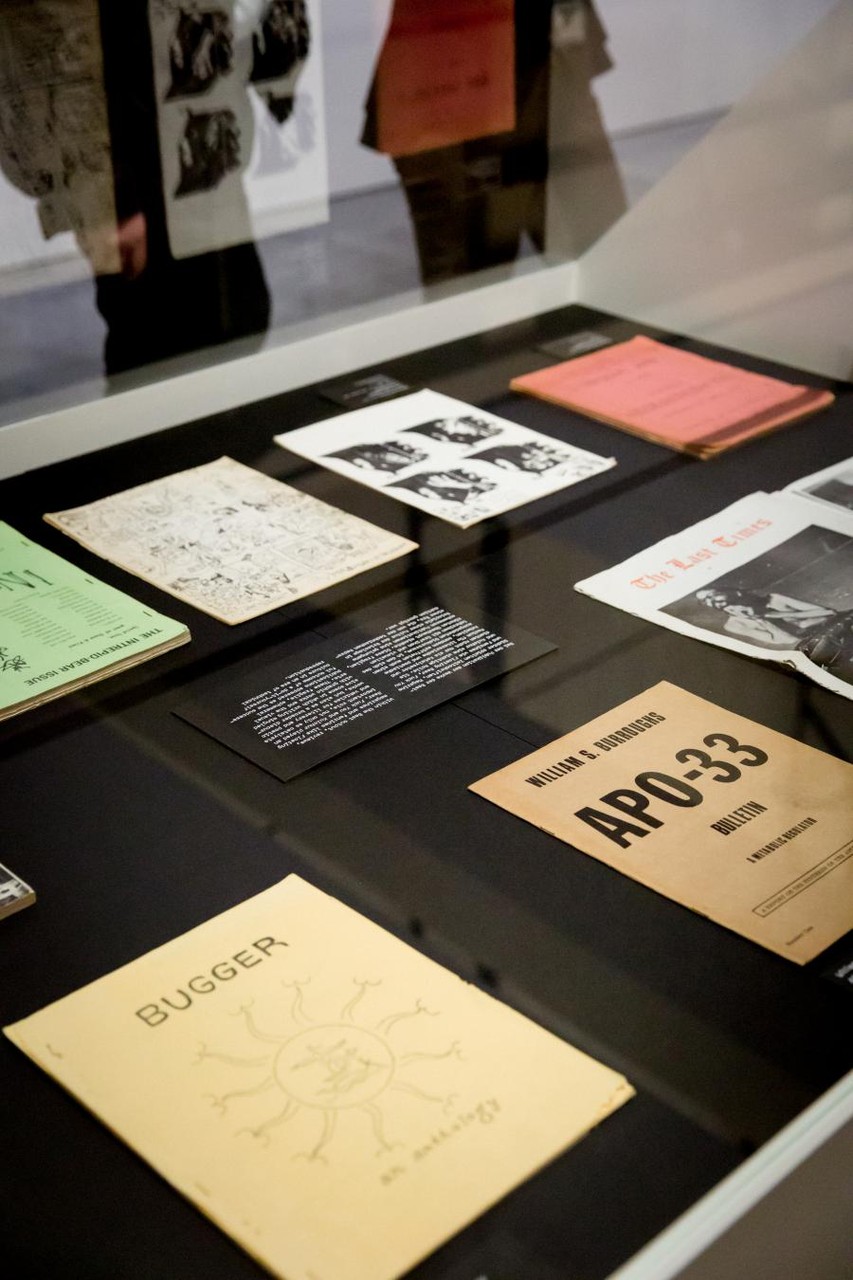 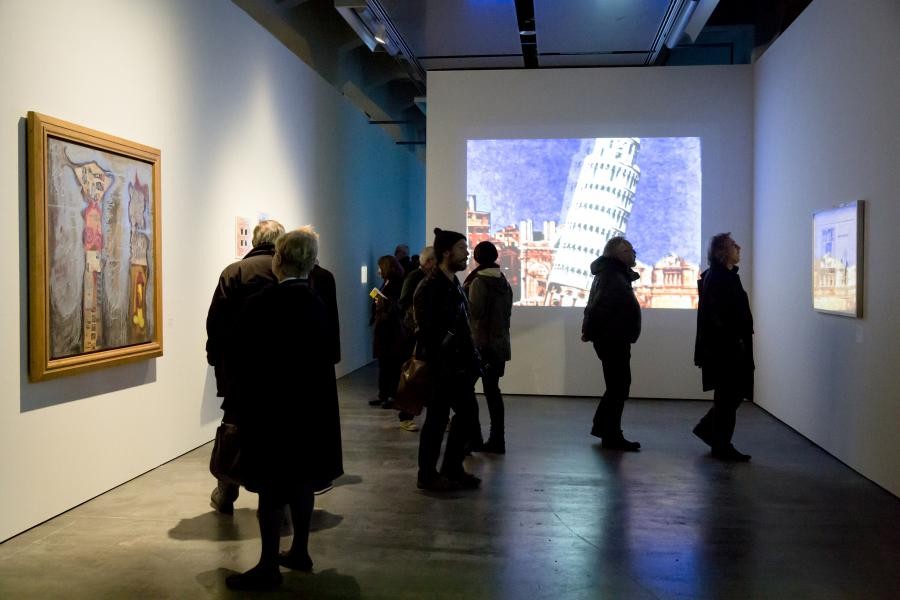 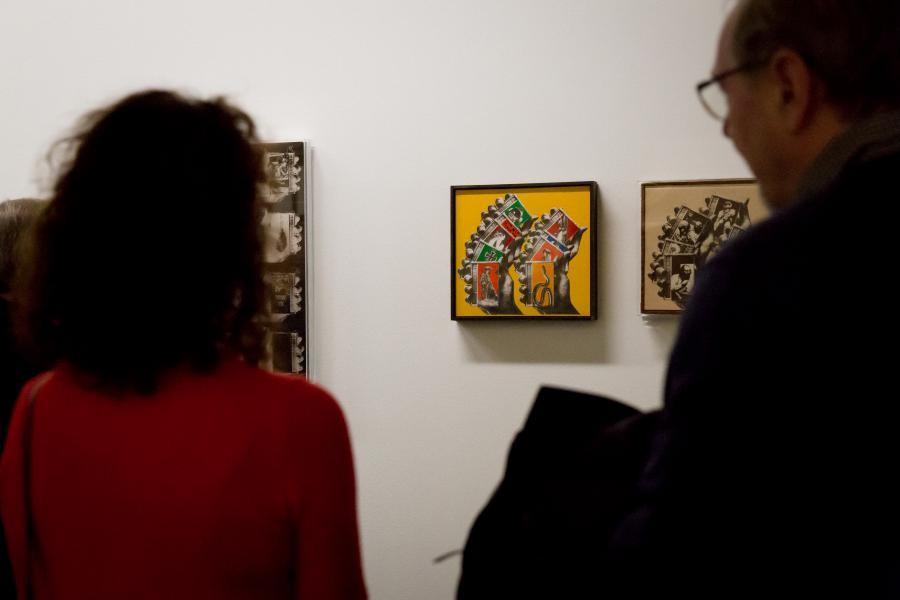 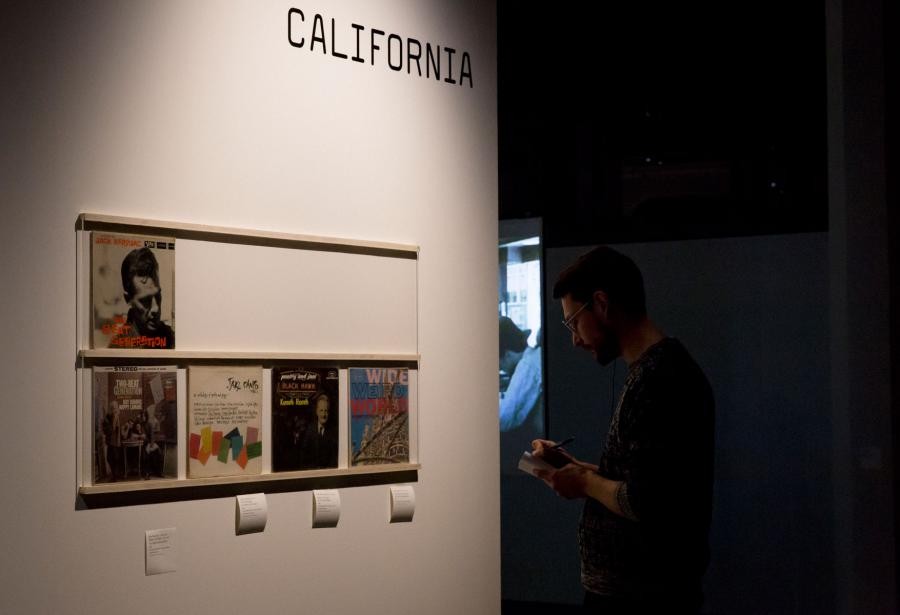 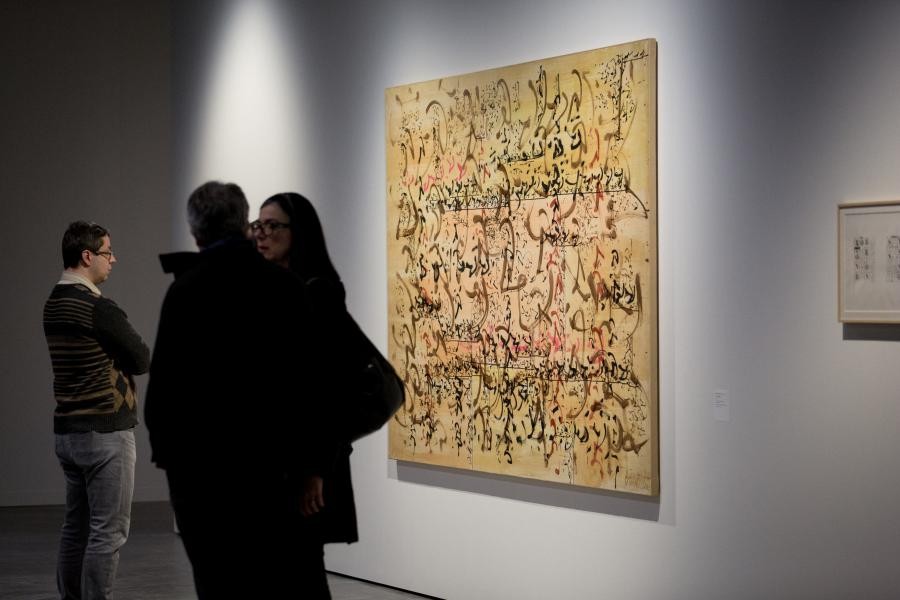 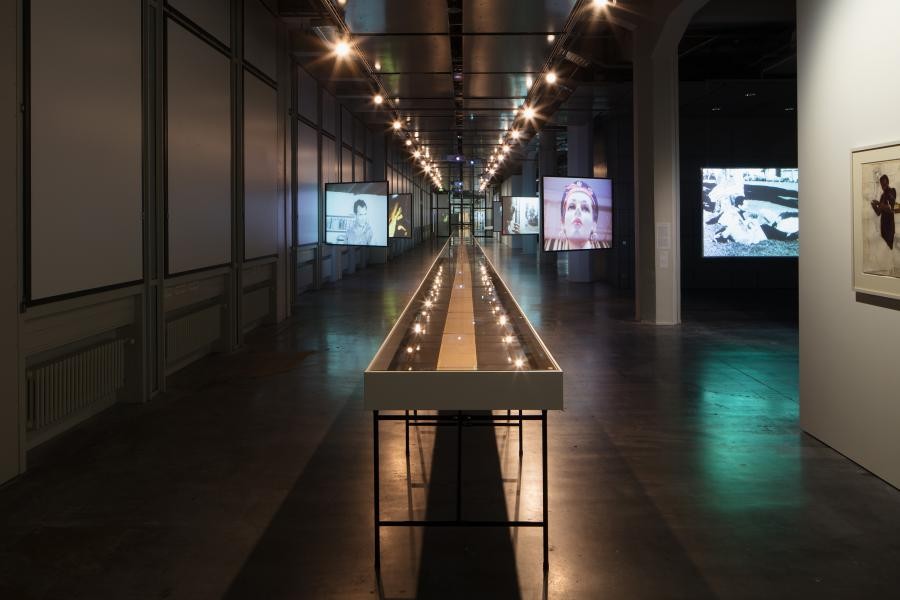 Description
The exhibition »Beat Generation«, presented in cooperation with the Centre Pompidou in Paris, was chosen as »Best of 2016: Our Top 15 Exhibitions Around the World« by the art and culture magazine »Hyperallergic«!

In the last few years, the ZKM has already shown the leading figures of the Beat Generation, such as William S. Burroughs (»the name is BURROUGHS − Expanded Media«, 2012) and Allen Ginsberg (»Beat Generation. Allen Ginsberg«, 2013). In this new exhibition, an overview of the literary and artistic movement, which was created at the end of the 1940s, will now be provided for the first time. If »beatniks« were viewed back then as subversive rebels, they are now perceived as actors in one of the most important cultural directions of the 20th century.

The Beat Generation, which developed in the years after the Second World War, at the start of the Cold War, shocked the Puritan America of McCarthy. It anticipated youth culture, sexual liberation (Queer, Gay Pride, etc.) and the psychedelic drug movement of the 1960s as well as creating new cultural forms in literature, music, painting, photography and film. The exhibition shown in the ZKM displays the geographic benchmarks of the movement, which range from New York to San Francisco, Tangier to Paris and London. It traces both the various geographical focuses of the movement and their ever-changing artistic forms.

The germ cell of the Beat Generation was the Columbia University in New York. William Burroughs, Allen Ginsberg and Jack Kerouac met here in 1944. Later, the movement moved to the West coast of the USA, where it revolved around the City Lights book shop, the publishing house of Lawrence Ferlinghetti in San Francisco and briefly around the Six Gallery as well – on 7th October 1955, the celebrated reading of the poem Howl by Ginsberg took place here. It triggered a lawsuit – with the accusation of obscenity – and immediately brought a paradoxical fame to the poets of the Beat Generation. From 1957 to 1963, its sphere of activity concentrated on Paris: William Burroughs, Gregory Corso, Allen Ginsberg, Peter Orlovsky, Brion Gysin and many others regularly stayed in the »Beat Hotel« at 9 Rue Gît-le-Coeur. The Paris of the post-war years became a laboratory for experiments in sound and image. Subsequently, the literary »cut-up« technique expanded influentially into England, Germany and from there into other countries. The virus of subversion, which led to a collapse of old palaces, spread from New York into the entire world and provided the first model of counter-culture, which are echoed today in the utopian visions of the cyber culture, e.g. back in San Francisco in the Silicon Valley. A large proportion of contemporary mainstream art forms such as rap is infected by the alternative underground culture.

»A long display cabinet welcomes the exhibition visitors – in it Kerouac's unrolled manuscript from 1951 as a long paper web, glued together from single sheets: yellowed, torn at the edges. A showpiece that also opens up an impressive cosmos of associations, which constantly transcends the boundaries of the art forms.«

»The Beat Generation exhibition resurrects the saints of intoxication, who paid for their lifestyle with stays in psychiatric clinics and jails.«

»The exhibition makes it clear that the ‘Beat Generation’ is not just poetry, but also painting and film, experimental and revolutionary.«

»And in Karlsruhe, it is disclosed that the ‘Beats’ didn’t just write: A whole wall is dedicated to the images and drawings of Jack Kerouac and we can marvel at a shotgun picture by William S. Burroughs.«

Partners
This exhibition is organized by the Centre Pompidou, Musée National d’Art Moderne, Paris, in collaboration with ZKM | Center for Art and Media.
www.zkm.de