Francesco Lo Savio – Tano Festa. The Lack of the Other 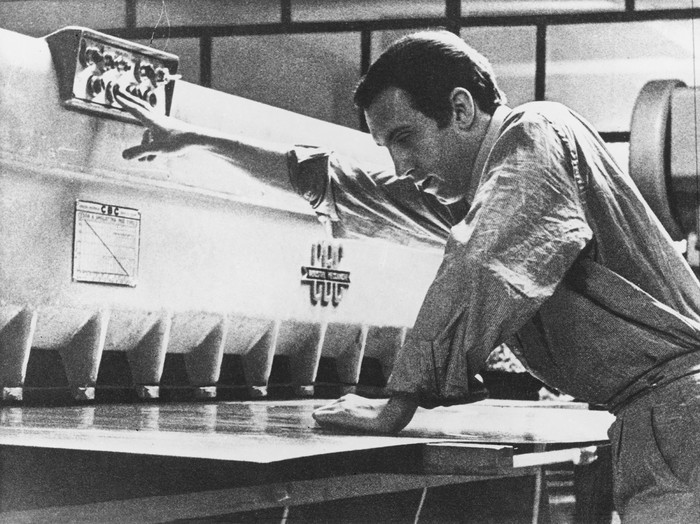 Francesco LoSavio – Tano Festa. The Lack of the Other
With the exhibition “Francesco Lo Savio – Tano Festa. The Lack of the Other” the ZKM | Museum of Contemporary art presents the art work of the two brothers Francesco Lo Savio and Tano Festa. While their significance for the art world is uncontested, they nevertheless fell into obscurity. By mid 1960 they were among the innovators of a new generation of artists. Once artistic expression had been taken to a new zenith by Jackson Pollock, they went on to formulate a concept of art as a concrete and autonomous activity. Prior to the emergence of Minimal Art, they confronted the creative gesture of the artist with the principles of industrial production.

The exhibition “Francesco Lo Savio – Tano Festa. The Lack of the Other” shows paintings and objects, which, while appearing to fundamentally differ in their aesthetic effect, nevertheless reveals – in a passionate sense –astonishing parallels in their basic artistic conception. To date, Francesco Lo Savio’s (1935-1963) initial steps as an artist have been scarcely researched. His work during the last five years of his life, for example, displays immense compression and intensity. Clearly evident in his work is a striving for objectivity, for precision and transparency: his goal was the depersonalization of the author and the object of creation. The younger of the two brothers, Tano Festa (1938–1988), was paid less attention, although being invited to the Venice Biennale and to the documenta in Kassel. He was the key protagonist of European Pop Art and anticipated Appropriation Art. Until the death of Lo Savio in 1963, the brothers would exhibit their works together, among others at the Galerie Rottloff in Karlsruhe, in 1961. Tano Festa died 25 years later. Throughout his entire career as artist, he would thematize in what were for him typically irregular intervals, the absence of his brother – “The Lack of the Other”.

In the present exhibition, the curators Freddy Paul Grunert and Peter Weibel focus on the work the two brothers as completed between the outgoing 1950s and beginning of the 1960s – a period of acutely intense reflection, of upheaval and of new orientation both in art and technology as well as in society. Thus, the exhibition “Francesco Lo Savio – Tano Festa.The Lack of the Other” offers space for a general consideration of artistic achievements of this period.
In addition to the two protagonists of the exhibition, the ZKM | Museum of Contemporary Art has dedicated a cabinet space to the collector Giorgio Franchetti. The Franchetti Collection is both the result of a passionately pursued work as collector as well as the collector’s own creation. At present, the greater part of the collection may be viewed at the Palazzo Ca d’Oro in Venice. Renowned artists of the likes of Andrea Mantegna, Giorgione and Tizian form no less part of the Franchetti Collection, than do valuable works by Piero Manzoni, Giovanni Anselmo and Cy Twombly – just to mention but a few names among the collection’s extraordinary scope.

A comprehensive publication will be published, conceived as a presentation of research results: the numerous original documents, statements by key innovators and well-researched essays all contribute to filling what have previously otherwise remained striking lacunae in the field.