Mapping Spaces. Networks of Knowledge in the Landscape Art of the 17th Century 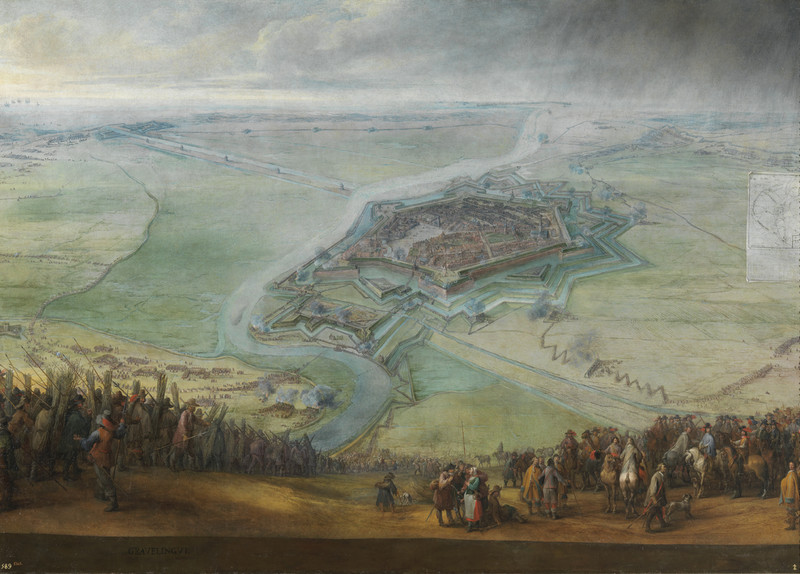 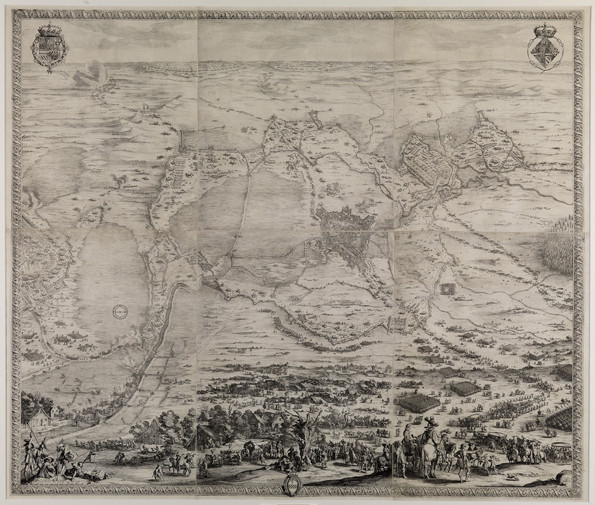 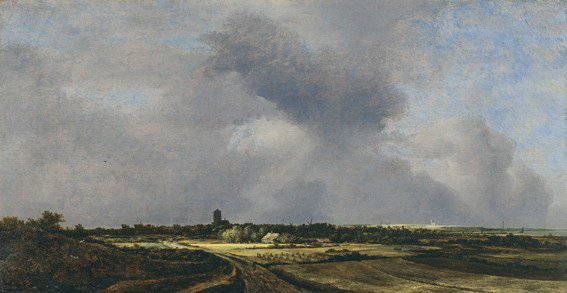 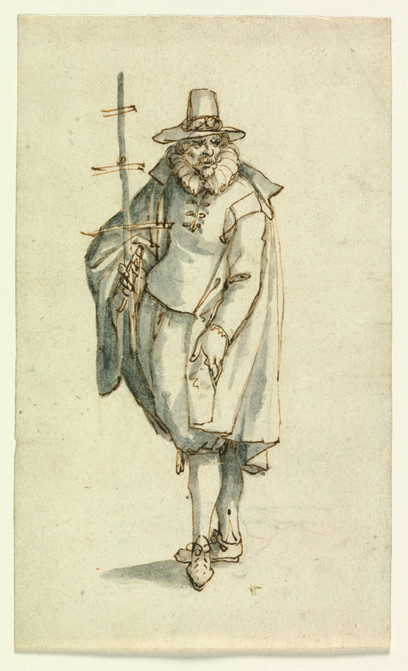 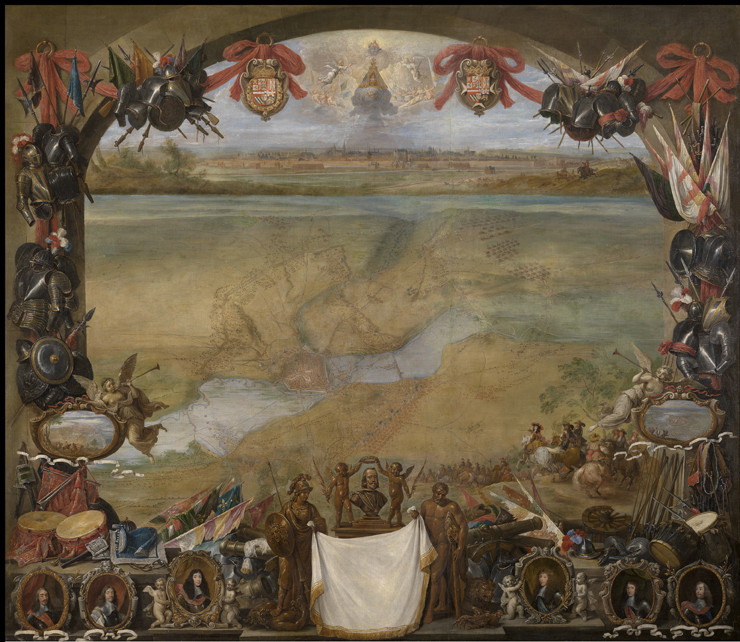 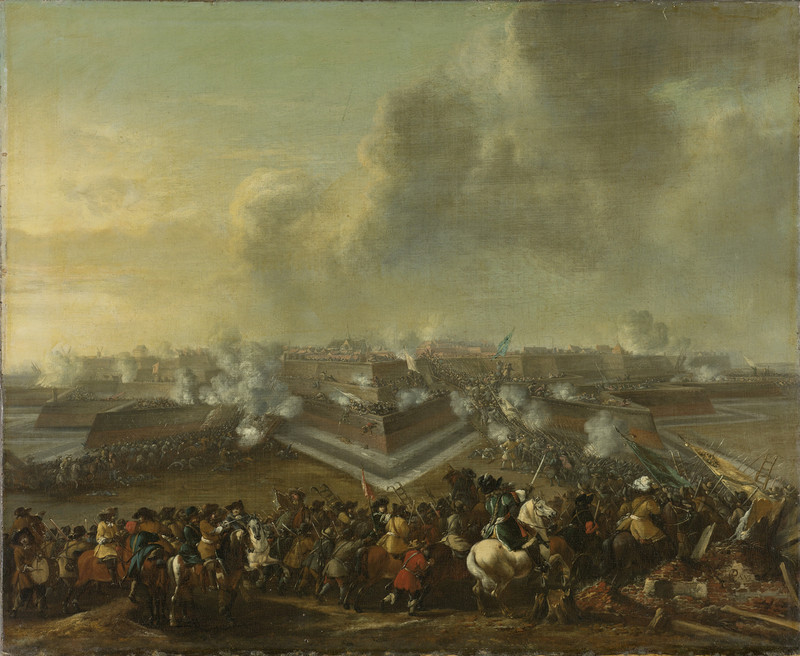 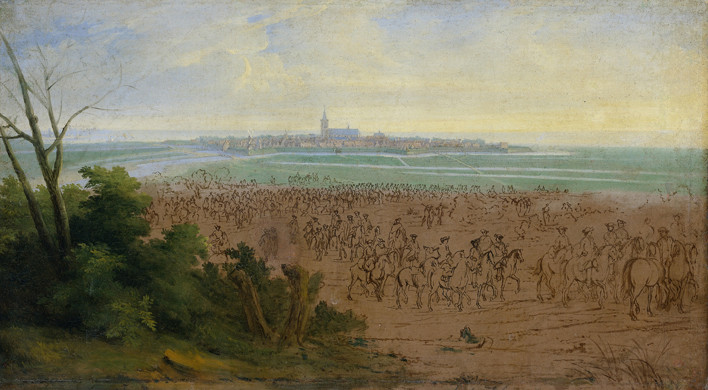 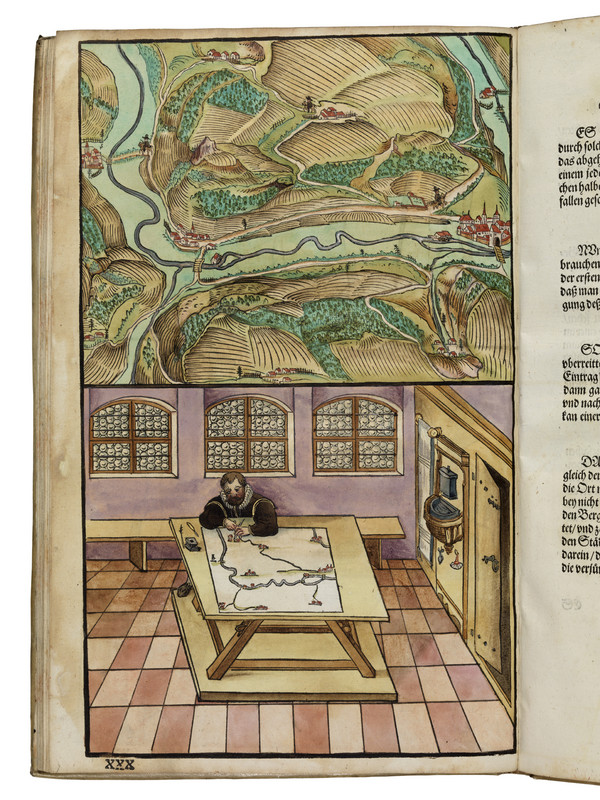 The ZKM exhibition Mapping Spaces casts new light on the genre
of landscape painting. As a genre, landscape painting is indebted
not to the painters who depicted nature in the most authentically
realistic manner possible, and who thus established
the genre, but far rather to the advances made in craftsmanship,
engineering, ballistics and fortification – so runs the thesis of
the exhibition curators. With approximately 200 works of art all
dating from the 17th century – among other things, from the
Prado, Louvre and Rijksmuseum – the ZKM | Karlsruhe presents
both the most recent research findings on the subject and, consequently,
a previously unknown aspect of painting.
“It was not the ‘bataille’, but the advances inscribed in landscape by
craftsmanship, engineering, ballistics, and fortifications that comprised
the real vanguard – a message reflected in Snayers’ minutely detailed
precision, and the connection between map and image. By also introducing
different lines of horizon in one and the same painting, the artist
succeeded in simultaneously depicting differing space-time events.
Thus, here spatial depth emerges not by means of extensions to a given
pictorial space, but through a multiple succession of finite landscape
prospects. Since, however, this invention is based on the templates of
surveyor and etcher Jacques Callot, the visual dissolution of boundaries
as found in Dutch history painting is not exclusively indebted to developments
within art itself, but to the collaboration of cartography, geodesy
and art.” (Prof. Dr. Ulrike Gehring)
Mapping Spaces is the first exhibition to have examined, on such a
scale, the influence of early-modern guidebooks in geography, geodesy
and the construction of fortifications on Dutch painting around 1650.
The prelude to the project, developed at the University of Trier, comprises
Pieter Snayer’s large-scale panoramic depictions of battles scenes in
which maps and landscape paintings are superimposed in projected
layers for the purposes of documenting the most recent achievements
of modern engineering, ballistics and the construction of fortification.
Thus, the exhibition is unique in citing guidebooks in the subject of geodesy
by way of explaining the emergence of this specific kind of landscape
painting. As the exhibition shows, like modern satellite surveying
(GPS) true-to-scale landscape pictures were indebted to a complex networking
of knowledge: the alliance of geodesists, mathematicians, instrument-
makers and painters. Therefore, artists had designed modern
remote exploration systems long before the new media began drawing
on digital images from space.

It is in view of this background that, as an institute of culture, the ZKM
has pursued new paths and thus presents for the first time in the exhibition
Mapping Spaces around 200 works dating from the 17th century
across a 2000 m2 exhibition area. Paintings, measuring instruments,
plotters, books, maps and globes drawn from the most important
collections of the world, such as the Prado (Madrid), the Louvre
(Paris), the Rijksmuseum (Amsterdam) or the Kunsthistorischen Museum
(Vienna) testify to this new thesis in visual culture. The new mapping
of an early modern field of knowledge is accompanied by contemporary
works of art that treat the influence of technological developments on
our present-day perception.
“Hence, the relationship between science, technology and art – the
signature of the ZKM – has been in existence for centuries. The 17th
century art of painting is similarly indebted to contemporary media
technology.” (Prof. Peter Weibel)
Curators: Ulrike Gehring, Peter Weibel and Andreas Beitin