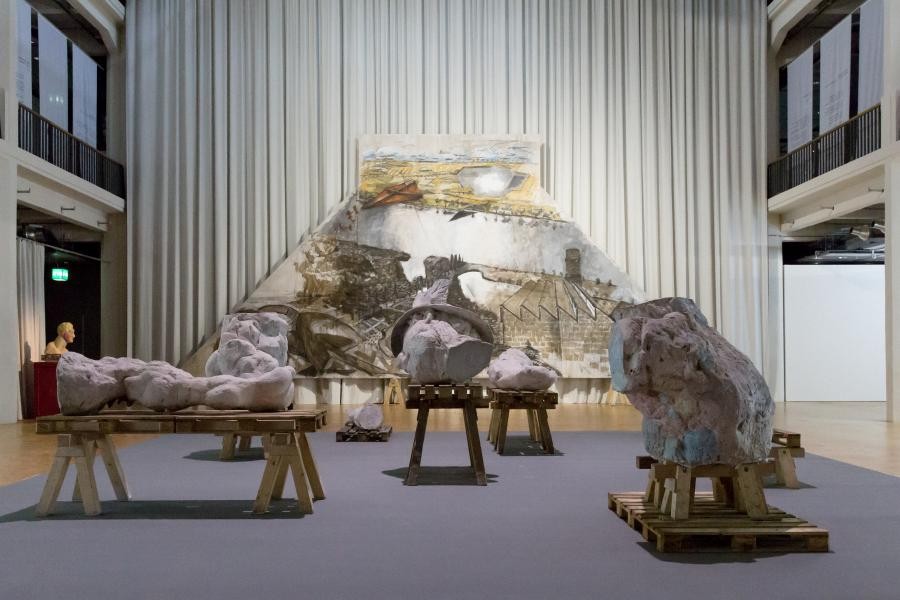 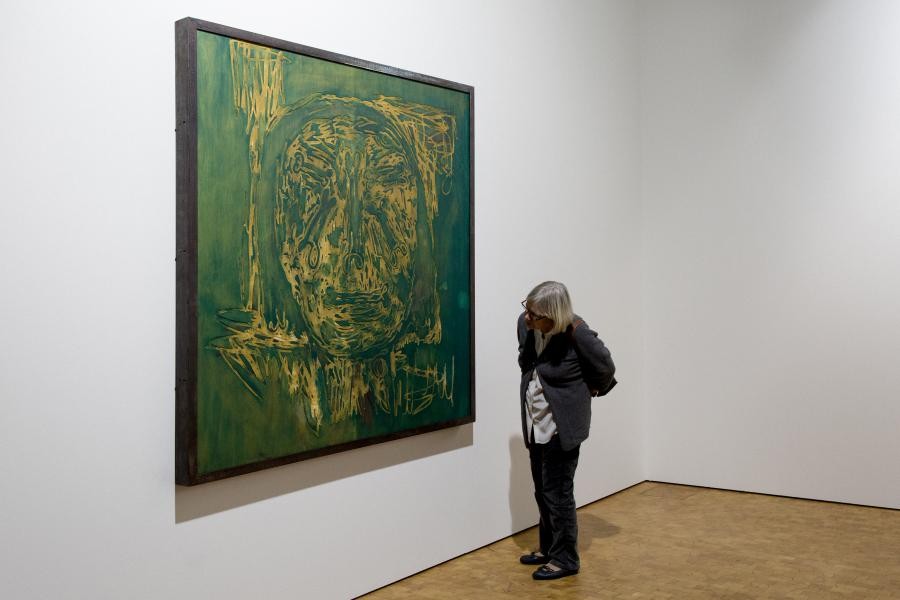 Visitor at the opening of the exhibition »Markus Lüpertz« / © ZKM | Center for Art and Media, photo: Felix Grünschloß 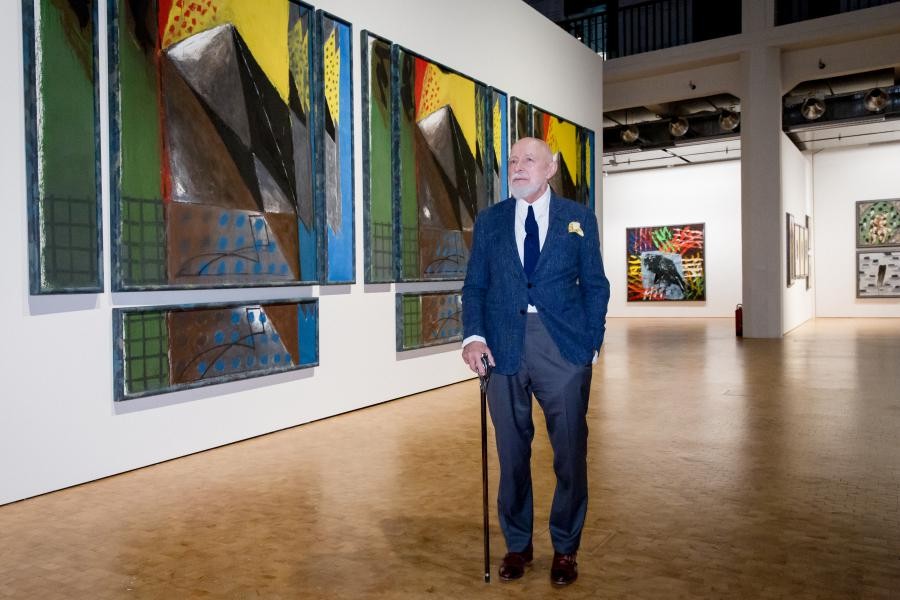 Description
Following his retrospective at the Musée d'Art Moderne de la Ville de Paris 2015, and prior to his exhibition at the Hirshhorn Museum and the Phillips Collection in Washington, D.C., the ZKM | Karlsruhe honors the work of the Karlsruhe based painter Markus Lüpertz with the exhibition »Markus Lüpertz. Kunst, die im Wege steht« [Markus Lüpertz. Art which Stands in the Way]. During his time at the State Academy of Fine Arts Karlsruhe (1974–1986) Lüpertz, together with fellow painters such as Georg Baselitz and Per Kirkeby, positioned Karlsruhe as an outstanding center of German painting.

The show at the ZKM reaches back to the beginnings of Lüpertz’ artistic career: »Kunst, die im Wege steht« was the name of one of his first presentations, which was held in Berlin in 1966. The ZKM sheds light on five decades in the life’s work of one of the most important German artists of the post-war generation. Lüpertz has always reinvented himself from decade to decade. With his unmistakeable brush stroke and the vehemence of his painting technique, Lüpertz has long since become a key figure in art history: of great originality, independent and above all multi-faceted.

Born in 1941 in Bohemia, Markus Lüpertz fled with his family to the Rhineland as a seven-year-old, and started an apprenticeship as a painter – of bottle labels – at the age of 14. He was dismissed due to »lack of talent«. Still determined, Lüpertz studied art in Krefeld and Düsseldorf, and has been a freelance artist since 1961. With inspiration drawn from Friedrich Nietzsche, he calls his early painting style »dithyrambic«: intoxicated with happiness, full of enthusiasm. The abstract broken forms of his paintings, with their traditional motifs such as landscapes or heads, are the outcome of his artistic imagination, which is ignited by what surrounds him.

»In his painting, Lüpertz draws on radical elements from the founding phase of modernism. Thus, he is not a postmodernist. His criticism of modernity is derived from modernity itself. His reintroduction of figuration and of an extended range of representation did not occur under the banner of postmodernity, which is to say under the banner of quotation, pastiche and appropriation, the decorative and neoism. It is not neo-expressionism or neo-fauvism; instead his modern painting searches for a way out of the antinomies of modernity.« (Peter Weibel)

The focus of the exhibition curated by Walter Smerling and Peter Weibel is on painting, but also on sculptures, reliefs and printing blocks. Works presented include, among others, »Angst im Walde« [Fear in the Forest], »Gegen Abend besetzen Störche Lüpolis« [Towards Evening Storks Occupy Lüpolis] and the 33-part »Dädalus-Zyklus« [Daedalus-Cycle] from the collection of Sylvia and Ulrich Ströher. For the ZKM_Atrium 9, Lüpertz created an arrangement of works, which comprises a multi-part, stone-cast sculpture of Mercury, and a never-before-exhibited board painting for Ruhleben Crematorium in Berlin.