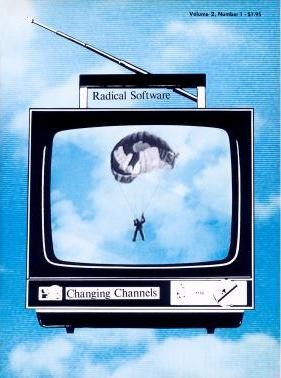 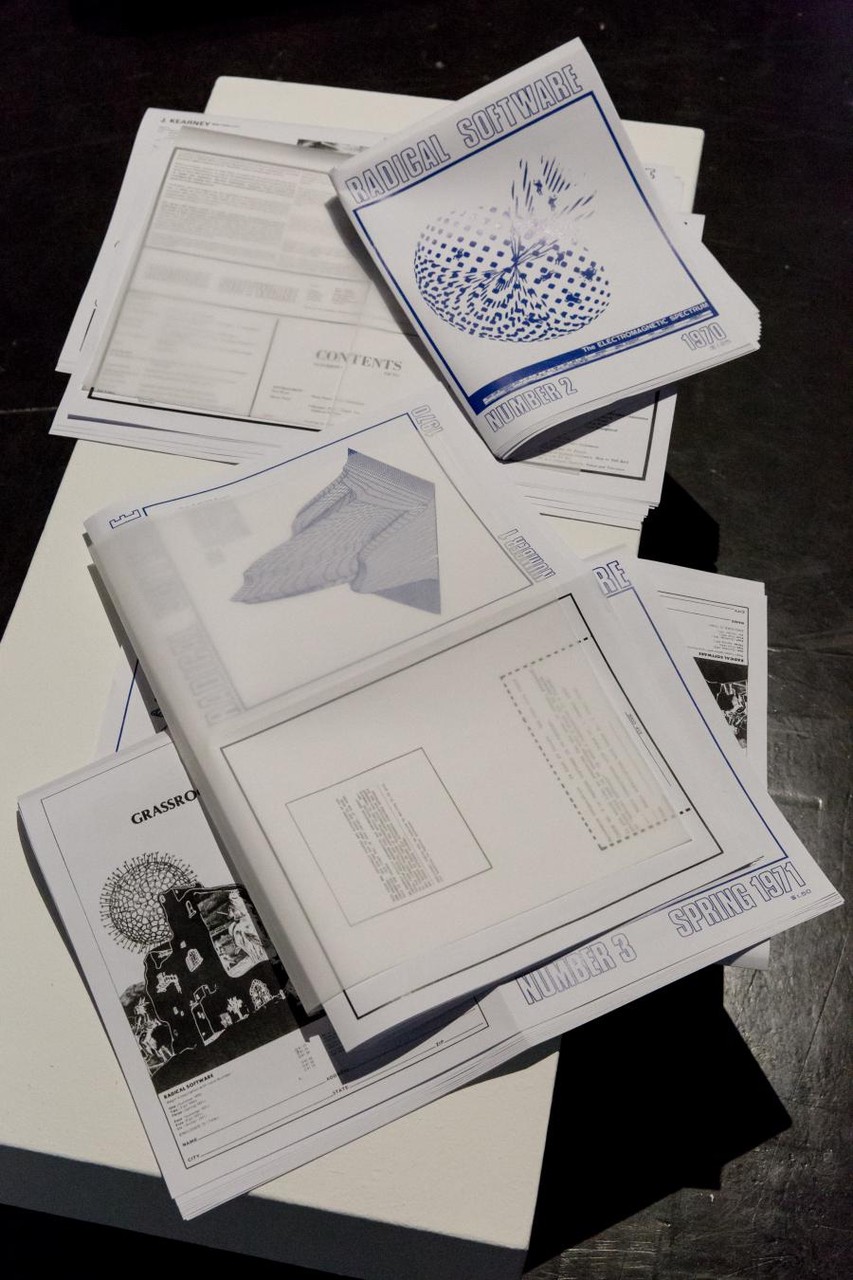 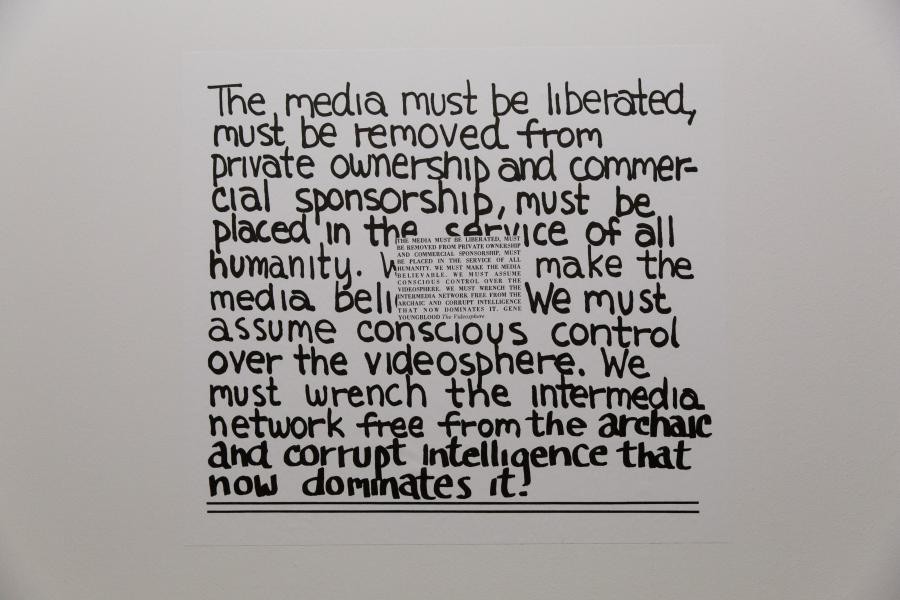 Description
The exhibition »Radical Software. The Raindance Foundation, for Media Ecology and Video Art« presents video works and installations from the pioneering group of American artists and thinkers of the 1970s who harnessed emergent low cost communication technologies with the purpose of greater ecological uses of the media.

The Raindance Corporation was first founded in 1969 as a media think tank and a group of video makers. It was renamed to the Raindance Foundation in 1971. Raindance challenged the monopoly of the commercial broadcast industry by cultivating artistic uses of video within alternate cultures. In the context of the US-American counterculture of the 1968 movement and inspired by the ideas of Marshall McLuhan, Buckminster Fuller and Gregory Bateson, the Raindance members’ works tested the socio-critical, participatory and emancipatory potential of the new affordable medium of video.

The exhibition presents videos and installations including those by Frank Gillette (*1941), Beryl Korot (*1945), Ira Schneider (*1939), Michael Shamberg (*1945) and honorary members Davidson Gigliotti (*1939),and Paul Ryan (1943–2013). It uses the extensive video archives of the ZKM research collection to do this. This references the complete videotape collection of the Raindance Foundation, and the archives of Ira Schneider and Paul Ryan. As well as rarely seen video works and installations, the exhibition also presents archival materials and the »Radical Software« journal published by Raindance from 1970-1974.

As part of the exhibition, the ZKM is hosting the »Raindance: Research and Development in Video Art and Media Ecology« Symposium on Saturday 1 July 2017 (11am–6 pm, ZKM_Lecture Hall), which will bring the former members of the Raindance Foundation into a productive dialogue with media theorists and academics.