The Global Contemporary. Art Worlds after 1989 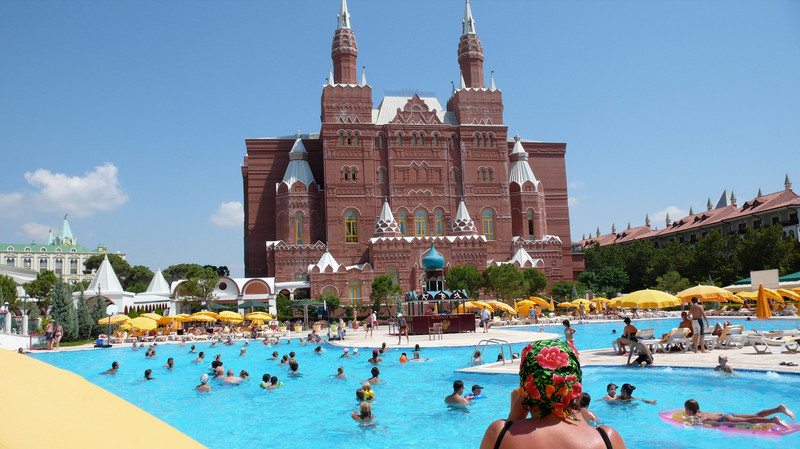 In what ways does globalization impact upon art? And in what form does it become both condition and subject-matter of artistic production? And how should it be represented within an art exhibition? The exhibition “The Global Contemporary. Art Worlds After 1989,” originally developed as part of a research project at the ZKM, has taken upon itself the task of presenting and elucidating those among the global practices of art to have initiated changes in contemporary art.

As a phase in the geopolitical transformation of the world, globalization also signifies a transformation of art, along with the conditions of its production and distribution. Artists, and above all the institutions of art – the biennales, museums and art markets – are now confronted with the question as to the extent to which art can, indeed must be thought of in “global” terms.
While globalization provides the opportunity for many artists to participate in an expanding worldwide production of art for the first time, it no less signifies a power struggle for markets, and consequently impedes “coalescence”. “The Global Contemporary. Art Worlds After 1989” by no means sees itself as a biennale seeking to propagate a new global style. The exhibition, along with the comprehensive accompanying program, function as a forum for artists of the most diverse backgrounds. In this connection, many artists depict conditions of their work and their personal experiences with the problems of a globalized world.
It is here that the ‘contemporary’ shifts into the foreground: a new generation of artists draws on contemporaneity as a means to liberate itself from modernity and its hegemonic claims.

“Today, contemporary art presents itself not only as ‘new art’, but as a ‘new kind of art’ presently expanding throughout the world. (...) It perceives itself as contemporary not only in a chronological sense, but in a symbolic, indeed ideological sense. “ (Hans Belting)

The subtitle “Art Worlds After 1989” shifts emphasis to the new worlds of art which initially began to emerge following the close of the Cold War and the era of the New Economy.

The exhibition shows, by way of documentary materials and artistic approaches, the ways in which globalization, with its dominant market mechanisms and utopian networks, influences the different spheres of art production and reception.

“In globalization we bear testimony to the rewriting of modern art in a new era.” (Peter Weibel)

All attempts to grasp the process of globalization in its totality, can only ever hope to illustrate, snapshot-like, a transient state of affairs. To adequately account for this, “The Global Contemporary. Art Worlds After 1989” is subdivided into seven thematic fields. In addition, an extensive documentation – arranged as a historical account of the foregoing 20 years – together with an especially developed program projected onto a panorama screen provide thematic introduction.

The module “World Time. The World as Transit Zone” presents works that map the utopia of a world unified in space and time. In this connection, the metaphor of an airport, the installation of an abandoned gangway or airplane cemetery thematically treated by works of art, illustrate a site of globalization. At the same time, the artist’s work situation also comes to light: projects emerge simultaneously at several locations with several, internationally dispersed partners; while the creation of works was carried out independently of any particular location, the design and conceptualization phase was largely implemented online etc.

As further module, “Real Worlds and Image Worlds,” reflects artists’ reactions to their experience of mass media. The emergence of the trans-border consumption of images is linked to the appearance of collective image-worlds. The permanent rewriting of the same pictures is dealt with extensively here.

Further modules that comprise the exhibition are: “World Art. The Curiosity Cabinet from a Postcolonial Perspective;” “Boundaries. The Art Concept of the Modern;” “Networks and Systems. Globalization as a Subject;” “Art as Commodity. The New Economy and the Art Markets;” and “Lost in Translation. New Artist Biographies.”

Founded 1989 – the year of the turn – as a center for media art, the ZKM seeks, as a utopian “factory” in the best sense of the word to initiate discussion within the context of an exhibition on the turn to global art production that originated in the new media and to provide a first summary of the last twenty years. The exhibition does not provide a generally valid interpretative formula, since its subject-matter can no longer be convincingly presented from the older perspective of a western observer. With this in mind, the ZKM invited ten international artists to expand curators’ perspective within the context of an artist-in-residence program – which is to run for the duration of the exhibition – and, by way of collaborative projects and workshops, to critically intervene in the exhibition.
Their findings will then be documented in a catalog. Furthermore, a “studio” has been installed within the exhibition the aim of which is to initiate discussions with the artists at this location, and to provide the public with the opportunity to respond actively to the exhibition and its thematic content. An accompanying program including international scholars offers the opportunity to address issues raised in current discourse among curators and theorists on-site, at the exhibition.

A comprehensive brochure will be published on the exhibition providing an initial insight into the theoretical background.

The exhibition catalog, scheduled for publication in spring, 2012 documents the insights and results of the exhibition project.