The State of Image. The Media Pioneers Zbigniew Rybczynski and Gábor Bódy 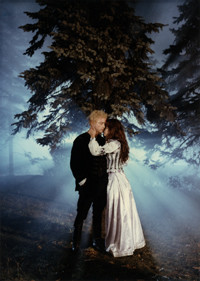 With Zbigniew Rybczynski (*1949) and Gábor Bódy (1946-1985), the exhibition entitled "The State of Image. The Media Pioneers Zbigniew Rybczynski and Gábor Bódy" presents two media pioneers from Poland and Hungary who developed their work in the tradition of the first European avant-garde. Although both of them fully adopted the media technologies of the early 1970s, their gestures are very different.

Zbigniew Rybczynski is the constructivist painter, draftsman and designer: engineer of the new image-time-spaces which he creates. He discovers and developes film, as well as video, as a possibility for producing entirely new space and time experiences. Gábor Bódy by contrast, is the poet, linguist and semiotician – the dramatist. Inspired by French thought, he early on discovered the potential of a poetry of deconstruction which was opened to him by the new media. Like no other of his contemporaries, he explored the quality of a new, private and intimate public, which, for him, is connected with the medium, its way of distribution and perception. As pioneer of experimental film and film language, today Body is considered one of the most important figures of Hungarian cinema. He began working on the first international video journal, the first ten editions of which he was the chief editor, in 1980. INFERMENTAL collected the work of over 1500 artists from 36 countries and remained in publication until 1991. It is currently part of the video collection of the ZKM | Karlsruhe.

Taken together, the former editor of the INFERMENTAL journal Gábor Bódy and the Oscar Prize Winner of 1983 ("Tango", 1980), Zbigniew Rybczynski, represent a radical artistic attitude. Both use technology to produce something that, hitherto, had been neither visible nor audible.

“Last century we became accustomed to the idea that the first techno-avant-garde in the arts originated in West Europe and North America. This idea is false. Almost all foundations for the development of electronic image and sound worlds were discovered and invented in the East.” (Siegfried Zielinski)