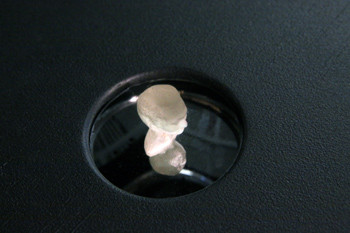 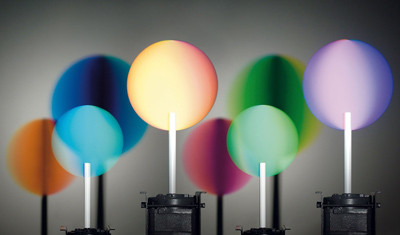 The theme of the exhibition at the Neue Museum Weimar is seeing vision. Works and installations by international artists are the outcome of a boundary–merging fusion of art, technology and science which subjects our visual perception to experiencing in new and unfamiliar ways. The focus on the perception of perception initiates a process of knowledge extending beyond the reflection on the optical sensorium.

Over the course of evolution, human beings and animals have developed eyes which are adjusted such as to be capable of absorbing a small area of electromagnetic radiation emanating from the sun and, in interaction with the brain, to convert it into conceptual information about the environment. The eye is the evolutionary answer to the sun. The invention of photography led to a technization of seeing – from which point on visual perception and technology became inseparably joined. Against the background of increasing knowledge in the fields of physics and optics, the end of the nineteenth century witnessed an interdisciplinary encounter between art and science.

Thus, the impressionists and pointillists drew on contemporary theories of color and color perception. The reciprocal influence of studies in motion and Futurism as well as Cubism became an exciting chapter in the history of the arts. Knowledge evolved in neuro– and cognitive sciences in connection with new technologies and led to entirely new theories of perception, to entirely new views about seeing and to entirely new visual experiments in art.
Vision. Seeing provides both a fascinating and detailed insight into the historical treatment of visual perception in art and science in the twentieth and twenty–first centuries.

The exhibition Vision. Seeing is a cooperation between
Kunstfest Weimar and ZKM | Center for Art and Media Karlsruhe