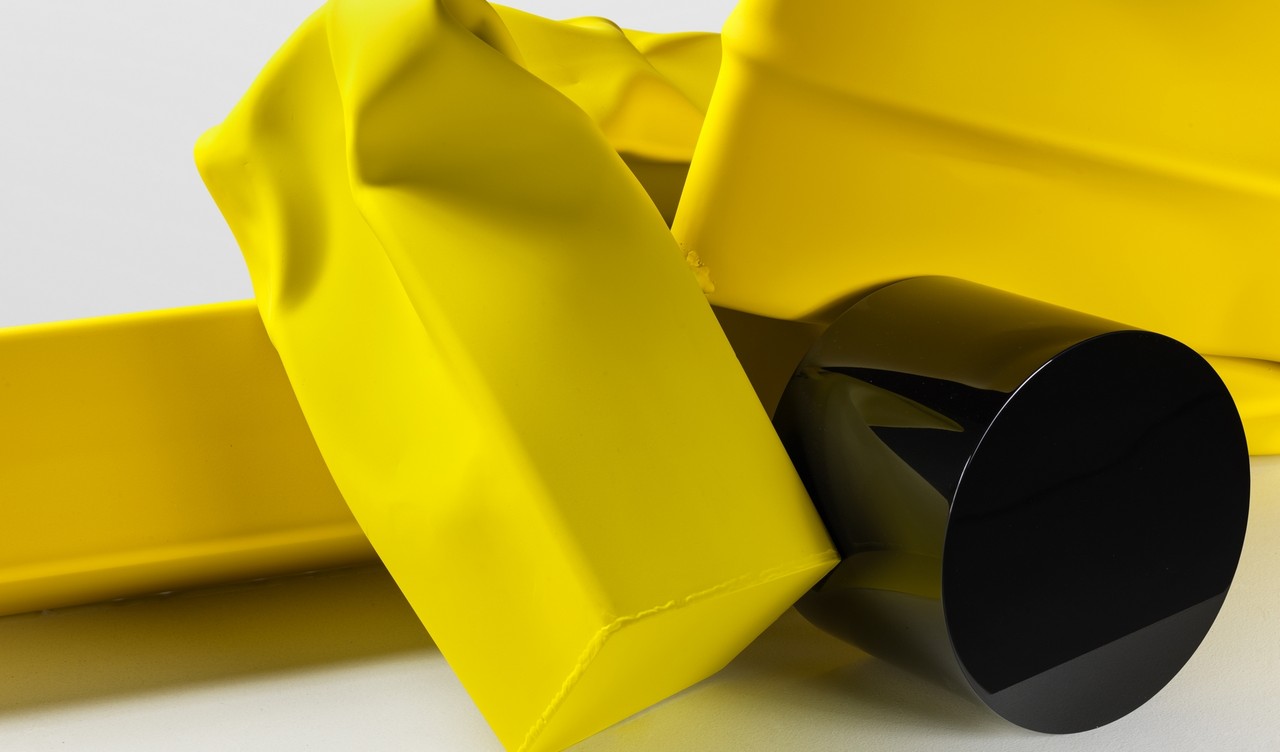 David Zwirner is pleased to present an exhibition of new sculptures by Carol Bove, marking her third solo show with the gallery. Spanning two floors of the 24 Grafton Street location in London, the exhibition will feature new sculptures that expand on her investigations of materiality and form.

Characterized by compositions of various types of steel, Bove’s ongoing series of “collage sculptures,” begun in 2016, amalgamates theoretical and art-historical influences across time periods and disciplines, much like the Chicago Imagists of the 1960s, whose collagist aesthetic combined disparate styles and techniques. To create these abstract assemblages, Bove combines, in differing permutations, geometric tubing that has been crushed and shaped at the studio, found metal scraps, and a single highly polished disk. Luminous color is applied to parts of the composition, transforming the steel—more commonly associated with inflexibility and heft—into something that appears malleable and lightweight, like clay, fabric, or crinkled paper.

The works on view (all 2018) elaborate on the artist’s earlier sculptures, with more complex forms that twist, fold, and bend into postures that belie their material construction. Bove manipulates steel to varying degrees, rendering gentle folds in some, and extreme, almost anthropomorphic contortions in others. Their contrasting textures—matte, glossy, or rough—create a further sense of visual play, heightening the surface tension throughout.

Direct and improvisational, the artist’s sculptures recall Anthony Caro’s bolted and welded forms, John Chamberlain’s crushed sculptures, Mark di Suvero’s Abstract Expressionist configurations, and Louise Nevelson’s accumulated assemblages, just as Bove’s interest in color and its perceptual effects can be linked to Josef Albers’s study of this subject in his foundational book Interaction of Color (1963). However, as the art historian Johanna Burton notes, “Bove brings things together not to nudge associative impulses into free play driven by the unconscious, but rather to conjure a kind of affective tangle that disrupts any singular, historical narrative.” 1

Born in 1971 in Geneva to American parents, Carol Bove was raised in Berkeley, California, and studied at New York University. She joined David Zwirner in 2011. In 2015, The Plastic Unit marked her first solo exhibition at the gallery’s London location, which was followed in 2016 by Polka Dots, her first solo show with the gallery in New York; a catalogue accompanied the exhibition and included an essay by Johanna Burton.

Bove’s large-scale sculptures are often exhibited outdoors and in public spaces. From June 14­­–17, Bove will debut her largest sculpture to date at the 2018 edition of Unlimited at Art Basel. In 2017, the artist’s sculptures were installed in the Betty and Edward Marcus Sculpture Park at Laguna Gloria, The Contemporary Austin. That same year, her work was on view in Women of Venice at the Swiss Pavilion at the 57th Venice Biennale, where she was invited to respond to the legacy of Swiss artist Alberto Giacometti. The artist’s steel-beam sculpture Lingam (2015) was installed in City Hall Park in New York as part of the 2016 summer group exhibition The Language of Things, organized by Public Art Fund, and in 2013, she created a series of sculptures specifically for the High Line at the Rail Yards in New York.

Between 2009 and 2013, Bove was a clinical associate professor of studio art in Steinhardt’s Department of Art and Art Professions at New York University.