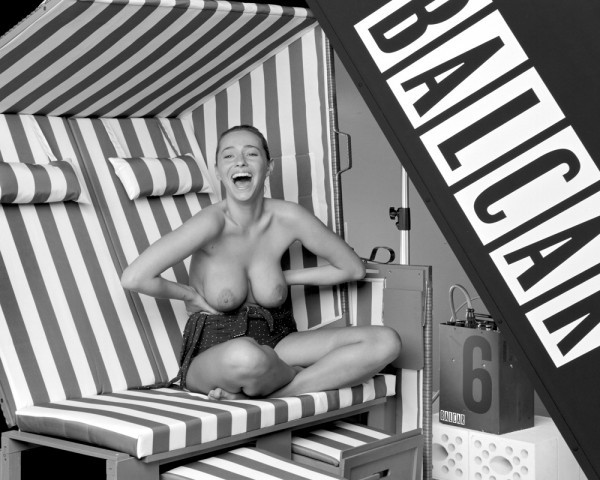 In the 1970s, Christopher Williams (born 1956 in Los Angeles) studied at the California Institute of the Arts under the first wave of West Coast conceptual artists, including John Baldessari and Douglas Huebler, only to become one of his generation’s leading conceptualists. Williams’s work is a critical investigation of the medium of photography and more broadly the vicissitudes of industrial culture, in particular its structures of representation and classification. Using the process of reproduction as a point of entry, the artist manipulates the conventions of advertising, the superficiality of surface, and ultimately the history of Modernism. Deeply political, historical, and sometimes personal, the photographs are meant to evoke a subtle shift in our perception by questioning the communication mechanisms and aesthetic conventions that influence our understanding of reality.

His work has been the subject of solo exhibitions worldwide, most recently at Museum Morsbroich, Leverkusen, Germany; Museum Dhondt-Dhaenens, Deurle, Belgium (both 2011); Staatliche Kunsthalle Baden-Baden, Germany; and the Bergen Kunsthall, Norway (both 2010). Other notable solo exhibitions include the Kunsthalle Zürich (2007); Museu Serralves, Porto, Portugal (2006); Secession, Vienna; and the Kunstverein Braunschweig, Germany (both 2005).

Williams is part of the Venice Biennale, opening in June 2013, curated by Massimiliano Gioni. In 2014, the artist will be the subject of a major show opening at The Art Institute of Chicago, which will travel to The Museum of Modern Art in New York.

He lives and works in Amsterdam, Cologne, and Los Angeles.
www.davidzwirner.com