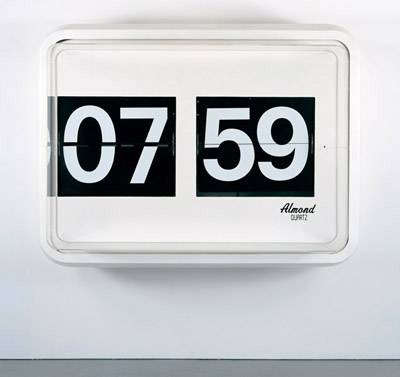 Art in the Age of Pluralism
Eleanor Heartney

Things began to get more complicated in the1960s and 70s, as art moved through a dizzying series of changes predicated, it seemed at times, on little more than an attitude of negation toward all that had gone before. Still, the dream of order held on through the 1980s, as Neo Expressionism begat Neo Geo and Neo Geo begat Simulationism.

And then it all seemed to collapse, leaving us in what some call a state of pluralism and others simply, the reign of chaos. Nowhere is this clearer than in the proliferation of models, media, and destinations evident in contemporary art. Art today is probably more diverse and contradictory than at any other moment in its history. Established genres like still life, portrait, and landscape, established mediums like painting, sculpture, and printmaking, and even established styles like realism, abstraction, or expressionism coexist with new media and new forms which even critics find difficult to explain and evaluate. Transcending old-fashioned limits of time and space, art today may appear on the Internet, in the landscape, in the sky, under the earth, and in your head. Art may last for a fraction of a second or it may be designed to outlast human civilization. Nor is it limited to such hallowed materials as bronze, stone, paint, or pencil. Instead, art is as likely to be created from human hair, old cutlery, LED light displays, genetically modified plants, or dead bodies.

For the collector of contemporary art, this state of affairs poses new and unprecedented challenges. With such a diverse set of choices, how does one pull together a collection with any coherence? Is personal taste a sufficient guide? Or does one need to incorporate some kind of larger world view?

The works here are culled from a private collection that has been assembled over the last three decades. As the selection here demonstrates, this is a collection which has both depth and breadth, and which expresses simultaneously a personal vision and an acknowledgement of the multidirectional quality of the contemporary art world. Though it is only a small subset of a much larger assembly, this grouping traces several significant threads that make up the current fabric of contemporary art.

Several of the works here reveal the way that artists today reflect upon the history of abstraction, updating it for a world in which distinctions between form and matter, idea and realization, and “non-objectivity” and representation are all but moot. For artists like Win Knowlton and Ernesto Neto, organic forms reminiscent of the biomorphic abstractions of such early modernists as Jean Arp and Vasily Kandinsky are linked as well to real world referents, suggesting the links between body, landscape, and space. In a similar way, Olafur Eliasson takes on modernism’s preoccupation with the act of perception, but situates it in a tangible architectural or environmental context. His constructions invite us to play a series of games based on perceptual displacement and an inversion of our normal spatial expectations.

One of the most powerful influences on contemporary art comes out of Marcel Duchamp and his introduction into art of the quotidian object. Contemporary artists have used this permission to explore the world of objects in surprisingly diverse ways. These range from Darren Almond’s appropriation of clocks and calendars to explore the existential mechanics of time, to Tom Friedman’s graduated “line” of stacked paper cups, to Jason Rhoades’ “kitchen sink” installations which mingle industrial materials, plants, television monitors, and plastic construction hats with references to American history and pop culture. It also encompasses the studied handmade recreations of artists such as Robert Gober and Charles LeDray, who miniaturize or subtly alter familiar objects in poignant memorials to the mythology of childhood.

Other artists engage in what became known in the 1980s as “appropriation,” taking objects of commercial manufacture and incorporating them into art as a comment on the commodity status of art. This show includes the work of Haim Steinbach, one of the veterans of this approach, who fetishizes department store goods by displaying them on minimalist-style shelves reminiscent of the sculptures of Donald Judd. His contemporary, Ashley Bickerton, takes a slightly different tack with his elaborate container-like sculptures that reduce his own and others’ identities to a series of corporate logos. A more recent aficionado of appropriation is Takashi Murakami, who tops a real Louis Vuitton case with one of his trademark Disney-derived creatures. Meanwhile, Rachel Whiteread melds minimalism and everyday objects to very different effect, painstakingly creating a “wood” floor in white felt, through a laborious process involving molds and impressions out of sand, rubber, and bronze.

As this exhibition demonstrates, another enduring theme in contemporary art derives from the figurative tradition. In the hands of contemporary artists, however, figuration has moved far beyond the creation of idealized human forms. Instead, it becomes a means for exploring everything from crowd psychology to the beauty of flesh. One of the leading figurative artists today is Kiki Smith, who suggests what it feels like to inhabit a body replete with fluids, body processes, and mutable flesh. Rona Pondick draws on surrealism to create unsettling sculptures that reduce the human body to essential functions like eating, sucking, and excreting. Magdalena Abakanowicz reduces the human form in another way, creating headless, limbless effigies that suggest the anonymity of the crowd. Juan Muñoz also deals with dehumanization, lining up figurines and domestic objects like scientific specimens in a cabinet. Nor do the bodies created by contemporary figurative artists need to be human. Deborah Butterfield creates strikingly vital horses out of industrial and farm discards, materials scavenged from the horse farms where the real animals live.

Other artists deal with corporeal surrogates, opening up narratives of coercion or loss through objects associated with the human body. Mona Hatoum infuses chains, cages, and swings with a sinister quality. In a similar way, Rebecca Horn creates machines that hammer or fling pigment about in a manner that is weirdly and unsettlingly human. And Miroslaw Balka presents empty containers reminiscent of tables, beds, and coffins that suggest the absent body.

Meditations on history and society form another important focus of contemporary art. Keith Edmier pays homage to the upheavals of the 1960s with a pair of works relating to the Kennedy assassination. One represents the bouquet carried by Jackie Kennedy on that fateful day, while the other presents his mother, pregnant with the artist, and wearing a pink suit based on Jackie’s outfit. Ann Hamilton creates installations that touch on aspects of eighteenth- and nineteenth-century American life. Here she recreates an antique desk and book that evoke the place of the table as a social space in American history. And finally, Thomas Hirschhorn offers a “painting” which combines ephemeral materials, such as aluminum foil, Saran wrap, and Styrofoam, with pages from magazines dealing with inequities between the developed and underdeveloped worlds.

As the work here demonstrates, art today does not offer a tidy narrative. Instead, it is a melding of many different stories, some of which are interwoven, while others develop in complete isolation. As reflected here, contemporary art is anything but simple. In this it offers an accurate reflection of the world from which it springs.