Minimal and Conceptual Art In Europe 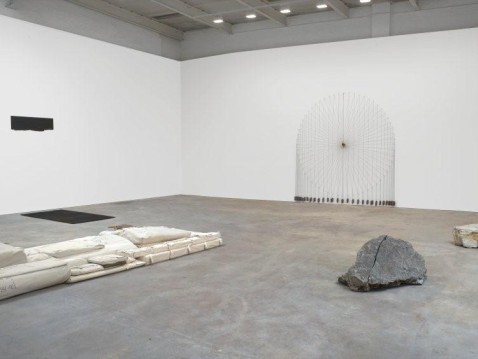 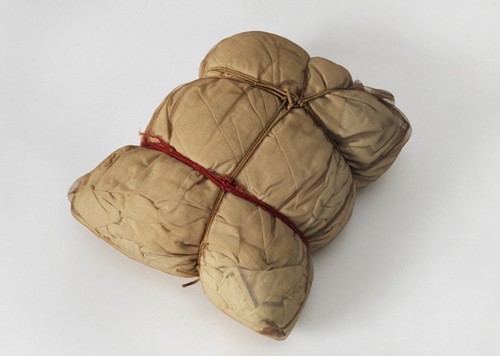 On November 5, Zwirner & Wirth (32 East 69th Street) and David Zwirner (519 West 19th Street) will present a two-part exhibition that aims to provide a focused overview of the Minimal and Conceptual artistic practices that emerged in Europe in the 1960s and 70s. The artists on view include Christo, Hanne Darboven, Jan Dibbets, Lucio Fontana, Michael Gitlin, Erwin Heerich, Yves Klein, Gary Kuehn, Piero Manzoni, Mario Merz, Wolfgang Nestler, Giulio Paolini, Michelangelo Pistoletto, Klaus Rinke, Ulrich Rückriem, Sarkis, Franz Erhard Walther, and others.
The exhibition will comprise works from the collection of Helga and Walther Lauffs, one of Europe’s most important private collections of 20th century post-war art. Between 1968 and 1975, under the guidance of curator Paul Wember (who was known for the visionary program of contemporary art that he developed as Director of the Kaiser Wilhelm Museum and Museum Haus Lange, Krefeld), the Lauffs put together a broad selection of work that represents the nexus of European and American artistic sensibilities of the postwar era. While the collection as a whole encompasses work that ranges in scope (from Assemblage, Pop art, Arte Povera, Minimalism, to Post-Minimalism, Process, and Conceptual art), this exhibition will focus on works that exemplify a specifically European perspective on Minimal and Conceptual movements of the 1960s and 70s, offering a selection of works that have rarely been shown outside of Germany, where they were on long-term loan at the Kaiser Wilhelm Museum, Krefeld.
At Zwirner & Wirth, the exhibition will feature influential European pioneers of the European post-war avant-garde, including Yves Klein, whose monochromes and performance-based works play a critical role in the development of Minimalism and Conceptual art. His 1961 Cosmogonie sans titre (COS 26), a monochrome made by holding a painted surface up to the falling rain, and Peinture de feu sans titre (F 92), a “fire painting” which shows a sequence of burn marks, the traces of the open flames of Klein’s spectacular outdoor Fire Wall installation at his 1961 retrospective at the Museum Haus Lange, Krefeld, will be on view. Also included will be important works by other artists who radically altered and questioned conceptions of painting and art-making in general. Among these is a folded and puckered white Achrome canvas from 1959 by Piero Manzoni, and Lucio Fontana’s Concetto spaziale, 1962 (Fig. 1), which presents a monochromatic painting perforated with holes, adding new dimension to the work while calling into question its support and spatial surroundings. Similarly, Ragazza in minigonna/Ragazza seduta per terra, 1962-1967, a mirrored painting by Michelangelo Pistoletto, extends the work of art beyond the picture plane with its reflective surface. Other significant works on view at Zwirner & Wirth include Giulio Paolini’s Idem V, 1975 (Fig. 2), a gridded, sequential installation of forty framed rectangular pieces of cardboard, each painted with tempera in the varying colors of the spectrum and inscribed with a geometric shape, thereby visually deconstructing the elemental components and operations of painting.
A number of works on view at David Zwirner will demonstrate how European artists were working in parallel and in dialogue with such American counterparts as Carl Andre, Eva Hesse, Donald Judd, Sol Lewitt, Robert Morris, Bruce Nauman, and Richard Serra, who were exhibiting regularly in the galleries and museums of Europe in the late 1960s and 70s (and whose work, moreover, is strongly represented in the Lauffs collection). Among these works are Hanne Darboven’s Permutationszeichnung (1966/1967), one of the artist’s earliest geometric investigations, which explores the permutations allowed by connecting matrices of graph paper with pencil lines; examples of Erwin Heerich’s serially-geometric cardboard sculptures; and an adjustable sculpture by Wolfgang Nestler, which can be displayed in a number of ways in accordance with a variable structural system. The exhibition will include a raw stone sculpture from 1968/1969 by Ulrich Ruckriem that announces the process of its making in its programmatic title, Dolomit, gespalten (Hammer und Eisenkeile) [Dolomite, split (Hammer and Chisel)](FIg. 3). Also featured at David Zwirner is a large-scale threedimensional work from 1972/1973 titled Meßinstrument für Zeitlosigkeit I (Gravitationszeichnung) [Measuring Device for Timelessness I (Gravitational Drawing) (Fig. 4) by Klaus Rinke, a German artist who came to prominence in the early 1970s with a series of conceptual sculptures, drawings, photographs, and performances that explored issues of space and time. Franz Erhard Walther’s seminal “action”-based work from 1963-1969, 1. Werksatz (First Work Proposition) will also be shown. Comprised of over 50 hand-sewn objects made of canvas and other materials, the individual components of this piece are designed to be activated in a performance setting, serving in a sense as playful props that call upon the viewer to actively engage with the artist’s work, while also raising awareness about preconceived notions of space and behavior.
This exhibition is the second in a series of shows organized by the gallery to be drawn from the collection of Helga and Walther Lauffs. In Spring 2009, Zwirner & Wirth, in collaboration with Steidl, Gottingen, will publish an extensive two-volume catalogue that will document the Lauffs Collection in its entirety.
www.zwirnerandwirth.com