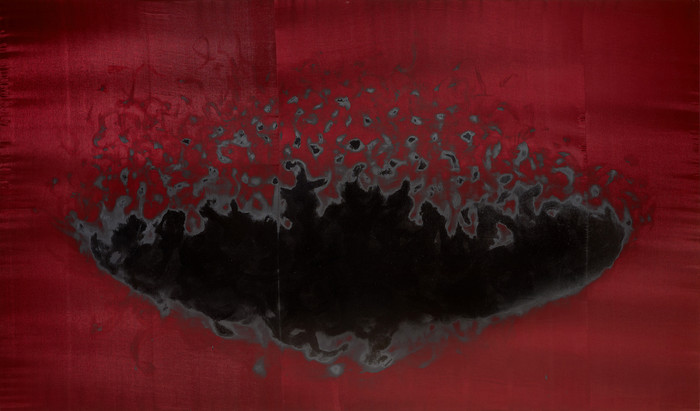 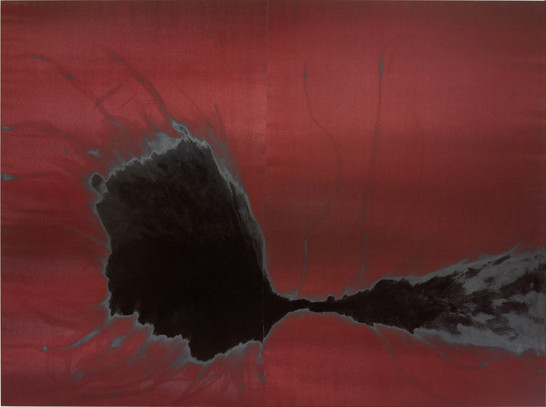 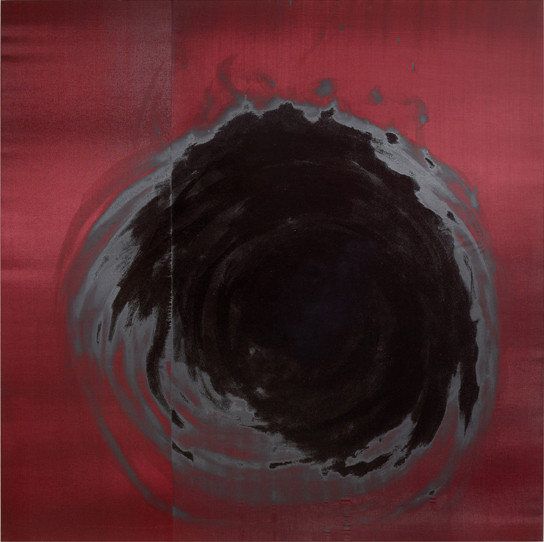 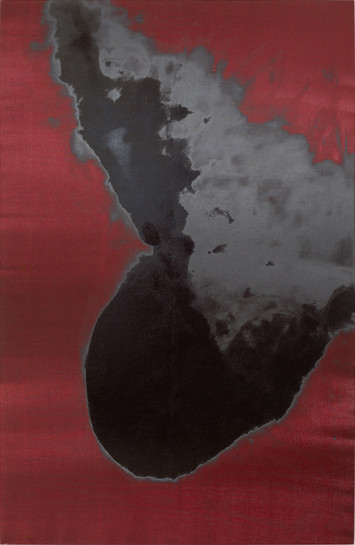 Untitled, 2009. Lacquer on fabric. 200x60 cm.
Photo: Matthias Kolb
It is a great pleasure to announce a new exhibition at Andersen’s Contemporary in the period August 28th - September 25th 2009. For the second time in Denmark the gallery presents a solo exhibition with german painter Daniel Lergon (b. 1978). Moreover, in the same period, the gallery shows two recent works by Simon Dybbroe Møller (b. 1976), whom will be represented by the gallery henceforward.

DANIELS LERGON’S 3K continues Lergon’s original painterly studies of the interaction between light and surface, and as in the case of his past practice, the paintings are created with lacquer, without pigment, on fabric.

About 14 billion years after the Big Bang, Lergon’s visual universe oscillates around that very moment, when matter separated from radiation and the universe began its still ongoing expansion. The separation of matter and radiation implicated, that for the first time the universe became transparent, and electromagnetic radiation with wavelengths ranging from the infrared with the lowest energy to the ultraviolet with the highest energy, created light and colour.

Lergon has previously worked with the ultraviolet, however in this exhibition, it is the infrared part of the visible spectrum that is painterly investigated. Lergon is visualizing that the spectrum has been cooled down to invisible heat; to the lowest energetic boundary in the spectrum: a dark red colour reiminiscent of glowing iron being cooled down. Thus with this investigation of temperature loss and low energetic boundaries Lergon also touches upon the fact, that when meassuring cosmic background radiation today - the radiation released with the Big Bang - it has been cooled down, due to the expansion of the universe, to a temperature of about 3 Kelvin, 3K.

Five dark red paintings are presented on one wall in the exhibition room. They all are 2 meters in height, while their width gradually expands from 60 to 340 cm. The paintings are materialized by the opposing wall, where Lergon has created large drawings, by applying metallic grain pigment directly onto the wall.
www.andersenscontemporary.dk