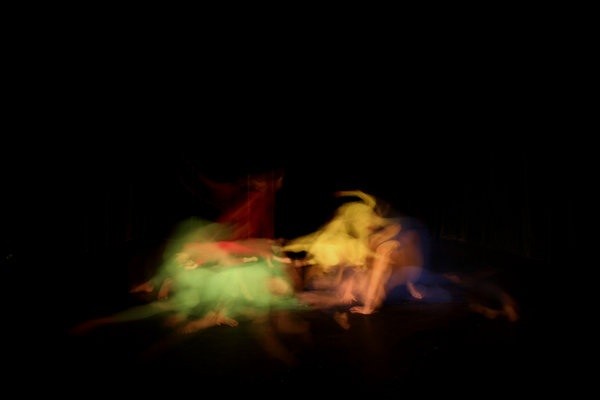 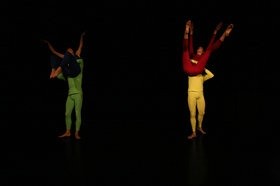 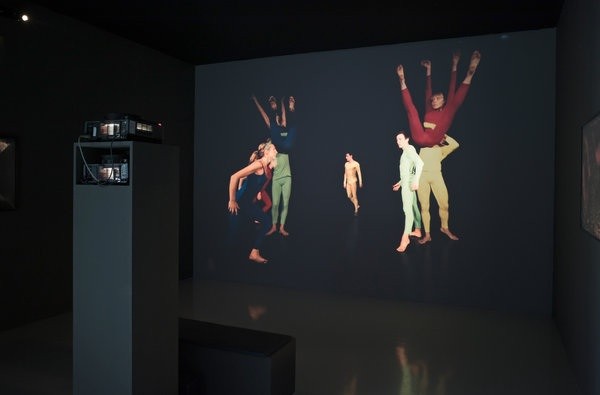 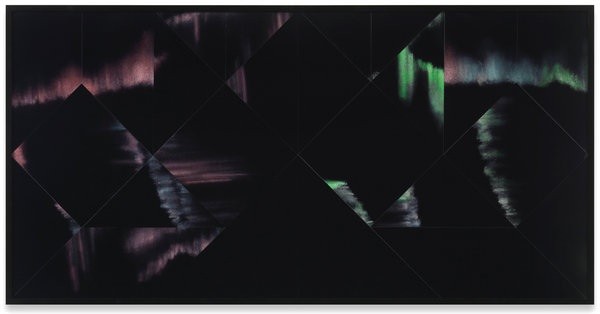 Simon Dybbroe Møller
"Only Particles, Some Fast Some Slow (to Sophus Tromholt)" (2006–2009)
Collage out of lambda print.
Framed 72x142 cm
Courtesy Joanna Kamm
It is a great pleasure to announce a new exhibition at Andersen’s Contemporary in the period August 28th - September 25th 2009. For the second time in Denmark the gallery presents a solo exhibition with german painter Daniel Lergon (b. 1978). Moreover, in the same period, the gallery shows two recent works by Simon Dybbroe Møller (b. 1976), whom will be represented by the gallery henceforward.

SIMON DYBBROE MØLLER’S two works are in different ways inspired by the mathematician Sophus Tromholt’s (1851-1896) unsuccessful attempts to photograph the northern lights in the late 19th century. The dias work Dance of Light (2009), is based on eyewittness desciptions of northern light, collected and recorded by Tromholt. In Dybbroe Møller’s work these records have been translated into ballet, which in turn has been photographed. The photographs are here displayed as a slide show with images rhythmically fading in and out of each other, so that the movement of both northern ligh and dance light seems recreated.

Dybbroe Møller’s also shows the photographic collage, Only Particles, Some Fast Some Slow (two Sophus Tromholt) (2006-2009). Tromholt for technical reasons could not photograph the northern light and, therefore, drew his impressions, photographed his drawings and then published the results as photographs of the northern light. Dybbroe Møller has coloured Tromholt’s “photograph”of the northern light, cut it into a tangram-like puzzle, and then reassembled it in a new and different way. The work on one hand refers to the cubist concept, but simoultanously points out the fact, that Tromholt is today mainly known for his tangram-derived mathematical games.

For further information and photos please do not hesitate to contact the gallery.
www.andersenscontemporary.dk