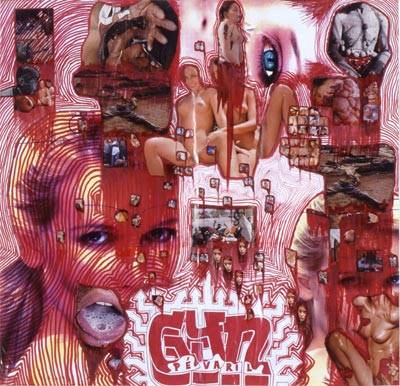 The ‘hype’ focussing on painting in the recent years, the greed to discover ever new promising young and upcoming ‘canvas heroes’ as possible, have made the most ancient and immediate form of artistic work fall into oblivion: works on paper. They are the real jewel of artistic creation because they enable the artist to implement his ideas on the spot anywhere and at any time; all he or she needs is a suitable piece to paint or draw on and a pen or brush ...
To the present day, drawings have been considered as mere preliminary sketches in preparation of more complex paintings, sculptures, or architectural works only too often. This is not justified. For the exhibition Works on paper, Arndt & Partner invited artists from most diverse
disciplines, who are known in the field of arts as painters, sculptors or installation artists, to present their works on paper: These are works that are seen by these artists as the concentrate of their creative activity.


For a long time now, drawings on paper have been an important tool for Muntean / Rosenblum to capture the emotions of their – mostly young – protagonists. The two artists use the directness of the drawing to pass on the emotionality shown in the picture such as to make it reach the beholder with the same directness. In his tender, extremely fragile works on paper, the Japanese artists Tam Ochiai, who lives in New York, creates images of childlike naivety, presenting them in a style that appears to be as childlike as the imagery. At the same time, however, he confronts the beholder with a world that seems to counter reality. For the first time Hiroshi Sugito, the young Japanese master of poetic, dreamlike works on canvas, allows a little series of drawings to leave his studio. The installations and photographs created by the Swiss artist Olaf Breuning evoke a world that can be both phantastic and bizarre. In an esthetically perfect staging, commonly known configurations of ideas and images created by the media are disassembled into an admission of bankruptcy that is filed by the visual overkill of images in our times. The same sense of humour and irony is characteristic of Breuning’s works on paper. Arndt & Partner is pleased to present drawings by Dennis Scholl for the first time. In an approach similar to collage, the characters in the exclusively figurative drawings by this young artist from Hamburg are taken from most diverse sources and assembled such as to form a new – mostly dream-like and excessive – entity. This is how Dennis Scholl tries to discover the new interaction and relationships of his protagonists. Christopher Orr is another artist who transfers collage into the medium of drawing. His small-format scenes with motives taken from antiquarian periodicals and books are enveloped by a nostalgic, enigmatic, and abysmal atmosphere.

The collage-like drawing of one protagonist turns into the drawing-like collage of the other protagonist. The wildly brutal, collaged statements made by the Swiss artist Thomas Hirschhorn show a world characterized by blunt nakedness, social paranoia, and social misdemeanor. In his two-piece work Samas/Semes Jonathan Hernández, a conceptual artist from Mexico, takes a playful approach at the differences concealed in what appears to be identical. His two newspaper collages complement each other such as to add up to a palindrome. In anticipation of a solo exhibition at Arndt & Partner Zurich to be opened in spring 2006, Arndt & Partner will show works on paper by Florian Baudrexel for the first time. The young artist from Duesseldorf creates large-format wall reliefs that follow the tradition of constructivism. In his multi-piece works on paper he integrates drawing and collage techniques. Keith Tyson’s drawings on graph paper are a product of both coincidence and a playful willingness to design, arrange, and organize. The complex charts are created using his Teleological Accelerator (2003). It was this movable indicator rotating above a disk on which hundreds of encyclopedic entries are arranged in a radial pattern that provided Tyson with the starting points for his associative links.