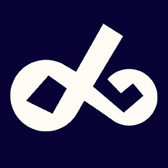 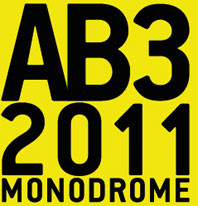 The 3rd Athens Biennale 2011 MONODROME is considered the final part of a trilogy which started with DESTROY ATHENS 2007 and continued with HEAVEN 2009. Drawing upon the life and work of Walter Benjamin and inspired by his book by the same title (One way Street, 1928), MONODROME is curated by Nicolas Bourriaud and X&Y (Xenia Kalpaktsoglou and Poka-Yio, co-founders of the Athens Biennale). It is a narrative broadcasting from historical venues in the centre of Athens and articulating an imaginary dialogue between The Little Prince and Walter Benjamin. As the intellectual retreats defeated in the face of the escalated distress, the Little Prince keeps questioning this condition with the disarming innocence and the plainspoken boldness of a child.

MONODROME is being realized despite the Crisis that affects Greece heavily. Produced in a state of emergency, and through the synergy of all participants and a large group of volunteers, MONODROME assembles the diverse pieces of an exploratory puzzle, addressing the "here and now". At the same time the exhibition attempts to question historical narratives that have functioned as dictums of the Greek sociopolitical and aesthetic identity and resulted in the country’s perennial suspension between a ‘before’ (tradition) and an ‘after’ (modernization). Being usually perceived and promoted as an emblematic city, Athens today is the epicentre of the Greek upheaval, a place of massive demonstrations and public discussions.

MONODROME addresses and emphasizes various structures (national, historical, political, cultural, educational etc.) as well as the notion of the “sociology of institutions”, primarily highlighted by the selection of the exhibition venues. The buildings that host the 3rd Athens Biennale take centre stage in MONODROME: Diplareios School at Plateia Theatrou is a seminal Arts & Crafts School that operated for the largest part of the 20th century. Located in a ghostly, degraded block in the heart of the city that had fallen into oblivion, the building is opening up to the public for the first time in its history. The 3rd Athens Biennale transforms Diplareios School into an international hub that hosts the largest part of the MONODROME exhibition, as well as a diverse programme of live events, performances, workshops and lectures creating rather than illustrating a political moment.

The exhibition continues in a complex of venues and museums at Eleftherias Park (Park of Liberty), including the Arts Centre and the Eleftherios Venizelos Museum, focal site of Modern Greek history. Artworks are put side by side with historical archives, documents artifacts and ‘ruins’, mapping Greece and the 3rd Athens Biennale as a derelict museum that transmits and resists the predetermined downfall. At a time when History is unfolding at accelerated pace, art cannot but defy the reproduction of teleological pronouncements and the One-Way-Street is questioning the lust for self-flagellation and catastrophology.

The 3rd Athens Biennale 2011 MONODROME is a collective discourse of artists, art groups, curators and theorists, reflecting on the complex relations between the global and the local, in an attempt to explore new modes of cultural action that open up dialogue and debate, comment on cultural production and revisit relations between (art) histories and subjectivities. It consists of three intertwined modes: the MONODROME exhibition & projects, the MONODROME Debate, the MONODROME online Channel. Furthermore, a series of exhibitions and events organized by cultural institutions, museums and galleries in Athens are included in MONODROME Parallel Events.