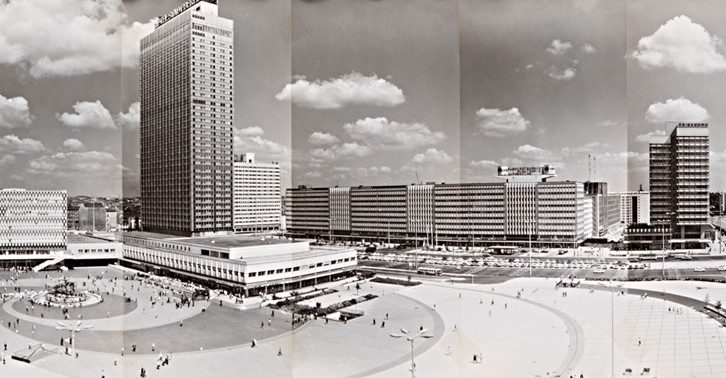 Architecture and urban design from the sixties still set their stamp on the Berlin townscape. Many key planning decisions were made in the sixties and some striking buildings were constructed during that period. The Berlinische Galerie presents the first ever comprehensive overview of this architectural heritage in both East and West Berlin. Historical documents, some familiar and others of more recent origin, illustrate political, social and technical visions for developing a city that had suffered severe destruction in previous decades and was then divided by the Wall. Alongside themes such as the objectives, common denominators and distinguishing factors that define a selection of these developments, such as Stalinallee, Alexanderplatz, Breitscheidplatz and the Märkisches Viertel, the exhibition explores features of these architectural designs that reveal international networking between those involved or else illustrate how knowledge of international trends was reflected in concrete designs. About 300 works by some 30 architects, planning partnerships, photographers and artists are on display.