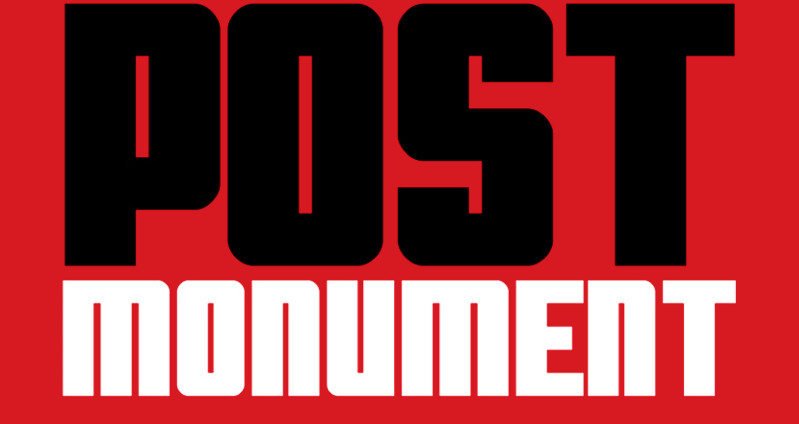 CHURCH OF OUR LADY OF THE TEARS
Giorgio Andreotta Calò (Venice, Italy, 1979; lives between Venice and Amsterdam)

The XIVth International Sculpture Biennale of Carrara, curated by Fabio Cavallucci and entitled Postmonument will take place From 26 June to 31 October 2010.
The logical thread running through the whole of this edition is in fact the theme of the monument, or rather the radical process of demonumentalisation which in the last century detached sculpture from its celebratory and encomiastic functions.
The monument is an emblem of power, a tool for controlling the masses and making them conform, but it is also the catalyst of national values and an irreplaceable piece in the jigsaw of collective memory. It became one of the main targets in revolts and revolutions, and was then wholly swept away when the ideals of democracy and freedom of our time took hold. However, in today’s mobile, changing scenario, in this atmosphere of fin-de-siècle and of the rewriting of history, alongside the predominant contemporary iconoclasm we can sense a gradual re-emergence of the codes and values of the past.
Will we again identify ourselves in new monuments?
It is Carrara which provides the cues and suggestions for specific works.
Carrara is in fact an authentic town with marked, clearly-recognisable features: the traces of the hard labour of the quarrymen which remain as sediments in the territory; the unique anarchic tradition; the antiquity of the town centre; and the lively micro-cosmos of the Fine Arts Academy. The Carrara territory, which has always been connected with the quarrying and working of marble, and where Michelangelo and Canova took up residence while they searched for the right material for their works, has suffered more than others from the decline of traditional sculpture followed by the collapse of the 20th-century symbols and ideologies. The local context thus acts as a mirror for the cracks in the symbolic and productive system of the whole western world, and it is from a contemplation of this real situation that the guest artists of the exhibition draw their inspiration.
The decision to involve the whole of the town by using multiple exhibition sites (old sculpture laboratories and other abandoned buildings in the centre, where the signs of time and neglect are evident) further expresses the dimension of transition which is the leitmotif of the whole exhibition. It is perhaps easiest to find fertile territory for change where disorientation is most evident. In the exhibition, the theme will be introduced by an ample historical section, with examples of monumental production from the end of the 19th/beginning of the 20th centuries; alongside these will be models of statues from the periods of Fascism and Soviet and Chinese socialist realism. But the central part of the exhibition consists of the works of over 30 contemporary artists from all over the world, including (to name just a few) Paul McCarthy, Antony Gormley, Yona Friedman, Santiago Serra and Monica Bonvicini. Alongside these will be promising young artists such as Kristina Norman, who exhibited in the Estonian Pavilion of the 2009 Venice Biennale, Cyprien Gaillard, a finalist in the 2010 Marcel Duchamp Award, and Rossella Biscotti, winner of the Fico ad Artissima 16 Award.
No fewer than 26 of the invited artists will be presenting new productions created specially for the occasion. These have been conceived after on-site inspections and an exploration of the Carrara territory, and they have mostly been created in the town laboratories. Besides expressing the main theme of the Biennale in sometimes unexpected ways, they have in common an absolutely experimental and interdisciplinary approach to the practice of sculpture. The itinerary of the exhibition thus includes more traditional interventions such as the commemorative stone for the quarrymen who have lost their lives in the quarries, by the very young Giorgio Andreotta Calò, who has personally extracted a block of marble from a quarry without the help of machinery. There are also more conceptual works like that of Cai GuoQiang, who is bringing back to Carrara something that originated here, in his video-installation of thousands of students of the Peking Academy in the act of drawing Michelangelo’s David.
There are also performances like the one conceived by Sam Durant, who gets actors directed by Gianmarco Montesano to perform the play Il Primo Maggio (The First of May) by Pietro Gori. These alternate with exercises in memory such as the series of family photos of the family of the Kazakhstan couple Yerbossyn Meldibekov and Nurbossyn Oris, which shows how the urban landscape and the monuments of their country, crucial historical/cultural reference points, have changed over the last few decades since the collapse of the USSR. There are also homages to the local anarchist tradition, like the sound installation of Deimantas Narkevicius, which broadcasts the anarchical song Addio mio bel Carrara (Farewell, my lovely Carrara), sung by elderly exresistance fighters; and monuments to the everyday, such as the operation by Gillian Wearing, which photographs groups of local inhabitants on a marble pedestal. Finally, there are apparently sacrilegious operations such as the one by Maurizio Cattelan, who has announced that for the period of the Biennale he wants to substitute the historical monument to Mazzini in the central square of Carrara with a monument to Bettino Craxi.
Parallel to the exhibition itinerary proper, the XIVth International Sculpture Biennale of Carrara this year proposes an intense programme of fringe events, with conferences, performance cycles and workshops which will add lustre to the main event throughout the opening period.
The fourteenth International Sculpture Biennale of Carrara is organised by the Council of Carrara, the Fondazione Cassa di Risparmio of Carrara and the Cassa di Risparmio of Carrara, with the support of Regione Toscana and Provincia di Massa Carrara and in collaboration with the Fine Arts Academy of Carrara, the Agency for Tourism Promotion of Massa Carrara, the Internazionale Marmi e Macchine Carrara Spa, and the Friends of the Fine Arts Academy of Carrara association.
www.labiennaledicarrara.it