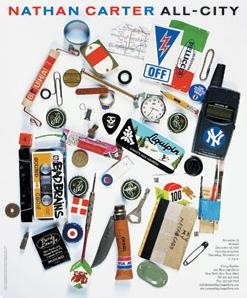 These works attempt to visualize the chaotic intersection of communications, overlapping networks of transportation, and unfolding geopolitical events.


A partial list of works described in the artist’s own words:

One giant traveling blue and Bavarian cream language machine that uses its alphabet set-up and selection of antennae to send out heavy musical broadcasts, propaganda, and urgent text messages about foul weather and geopolitical schisms.

A loosely affiliated menacing armada of eighteen black and blue dirigibles covered with threatening insignia flying through bad weather in an aggressive formation trying to find a place to land. They're hot under the collar, low on patience, behaving erratically, and looking for trouble.

One 747 "Heavy Big Bird" stacked to the rafters with American Youth of university age drinking and self-medicating to dramatic excess while weathering air pockets on a bumpy trans-Atlantic flight piloted by an astronaut and a well-known and much missed literary figure.

Three photographs of object collections that tell stories illustrating the answers to the questions: "Hey buster, what's in your pocket?" "How are we going to get the message through to the front if all we have is this old transistor radio?" and "Where did you learn the protocol for Moscow Rules, on the Farm?"

In 2007, Nathan Carter will have a solo exhibition at Da2 Center for Contemporary Art, Salamanca, Spain and at Pilar Parra, Madrid, Spain where he will simultaneously organize a group exhibition. The Final Runnings' “Hella Mega,” will tour Paris, San Antonio and one other location TBA. The artist has recently been short listed for the 2006 International Painting Prize of the of the Castellon County Council, Spain and will show at the Museo de Bellas Artes de Castellon, Castellon, Spain next year.